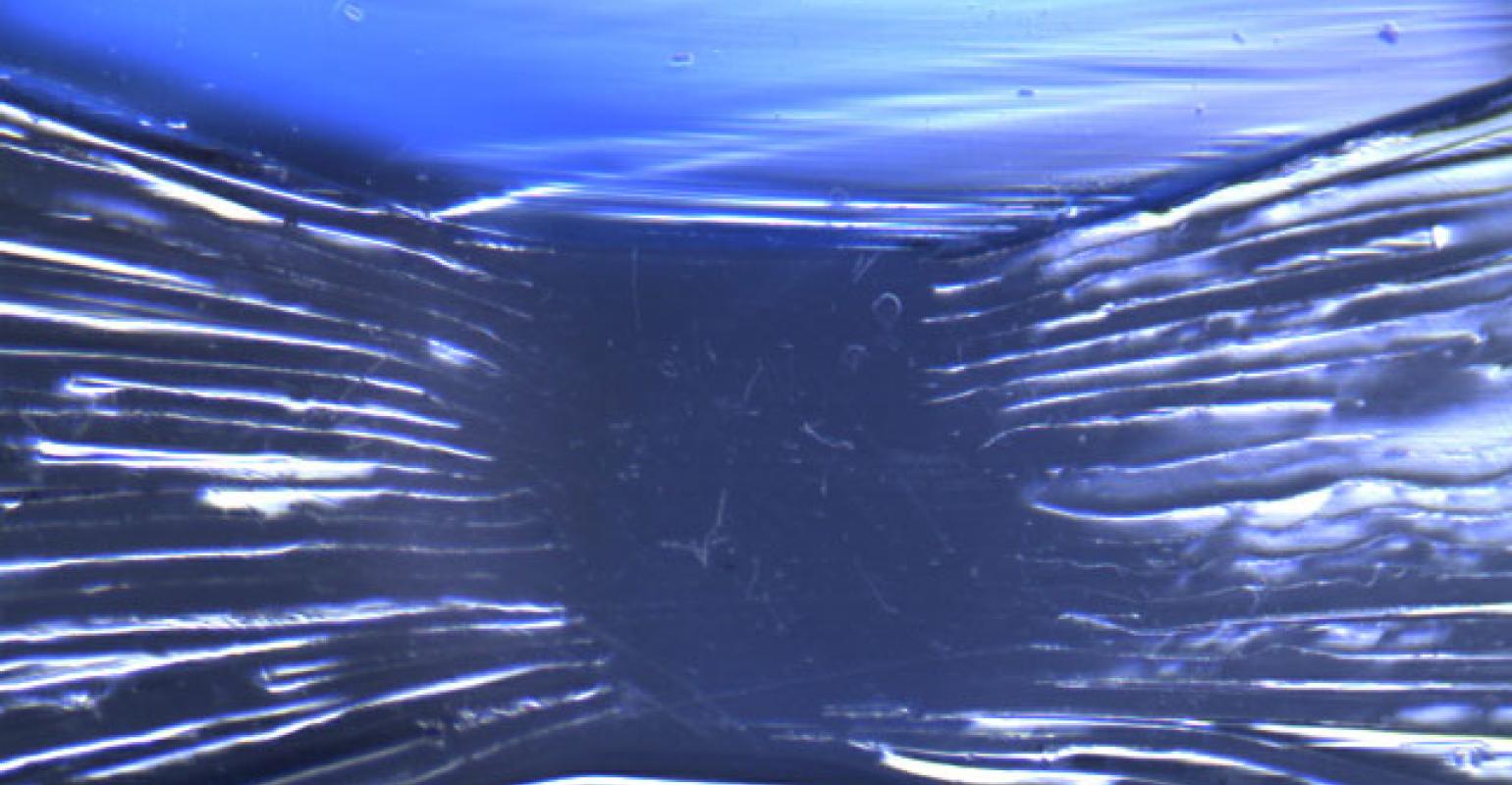 A powerful laser technology originally developed for the telecommunications industry is now targeting plastic welding, and has significant implications for medical markets because it eliminates use of dyes and other additive extractables. It may also expedite the welding of polyolefin elastomers that are bidding to replace polyvinyl chloride (PVC) for intravenous tubing and bags.

A powerful laser technology originally developed for the telecommunications industry is now targeting plastic welding, and has significant implications for medical markets because it eliminates use of dyes and other additive extractables. It may also expedite the welding of polyolefin elastomers that are bidding to replace polyvinyl chloride (PVC) for intravenous tubing and bags.

The technology, developed in Russia in the 1990s by academic researchers, was introduced at NPE2012 and discussed in a presentation at Antec by IPG Photonics (Oxford, MA), which had never exhibited at NPE before but now views nonmetallic welding as one of its biggest growth areas.

"One of the limitations of traditional laser welding is that you had to have a clear and a colored material for the laser to work," a processor told PlasticsToday after being asked what he thought was the most interesting new sealing technology he saw at the show. "IPG Photonics has figured out a way to seal clear materials."

The new approach is based on fiber lasers that use semiconductor diodes as the light source to pump specialty optical fibers, which are infused with rare earth ions. "Fiber lasers are not fiber-delivered lasers," Tony Hoult, general manager - West Coast operations for IPG Photonics, told PlasticsToday in an interview.

In traditional laser technology, developed more than 50 years ago, an energy source excites or pumps a lasing medium that produces laser photons of a particular wavelength; when focused this causes melting of the target material. The two primary types are named for the materials used to create the lasing action: CO2 gas lasers and crystal lasers. The most common crystal lasers use yttrium aluminum garnet—YAG crystals infused with neodymium.

IPG Photonics is targeting plastics welding for medical devices with thulium fiber laser systems that operate in the spectral range of 1800 to 2100 nm. A 1940-nm system was demonstrated at NPE2012.

"At this wave length you get more absorption in almost all clear polymers because the wavelength is closer to some vibration frequencies of the carbon-hydrogen bond (in plastics)," Hoult said in the interview. "When you bond polymers, you want something between 0 and 100% absorption and that's what you get with the thulium fiber laser."

When conventional near infra-red lasers are used, no controlled melting of clear polymers is possible unless specific infra-red absorbers such as the Clearweld infra-red absorbing inks or the Lumogen or Lazerflair dyes are used. Clearweld inks add cost and require separate dispensing equipment. Adding dyes to the material at the master-batch stage also adds cost and limits flexibility. Another consideration is that many hospital systems are now avoiding use of chemicals that are considered extractables.

"The medical device people love this because it's a uniquely controllable thermal process," Hoult said. It provides more flexibility in types of welds that can be designed. The IPG technology also allows welding of all types of thermoplastics regardless of polarity, a limitation in some other plastics welding systems. Conventional, nonproprietary radio-frequency (RF) welding of films has been limited to polar resins with high dielectric loss factors—particularly flexible PVC and thermoplastic polyurethane.

The fiber laser is a tool that could ease substitution of PVC with thermoplastic olefins in IV bags and tubing.

Three years ago IPG Photonics opened an 8000-ft2 Laser Micro Processing Applications Facility in Santa Clara, CA that concentrates on the advancement of laser micro-processing for the photovoltaic and medical device industries.

"Fiber lasers were not initially considered for welding polymers as melting and flow of polymers occurs at much lower temperatures than metals, hence much lower power density (in the order of ~ 200 W/cm2) is required than for metal processing (~ 107 W/cm2)," said Hoult. "This low power-density requirement can be addressed by those laser types that have intrinsically low focusability such as direct diode lasers. Polymer welding uses the focusability of fiber lasers differently: significantly longer focal length lenses with a much lower sensitivity to focus position can be used."

Hoult said that the initial suitability of a clear polymer needs to be confirmed by checking its absorption under fixed conditions before a specific application can be undertaken. This is done by placing a sheet of the polymer above a laser power meter that has been calibrated for the 1.5 or 2 μm laser wavelength.

Hoult declined to provide specific prices for the thulium fiber laser system, but said it is cost competitive with other types of plastic sealing processes. The system has been used for surgical applications for more than 10 years, and is now being tested by a Who's Who of medical device OEMs for plastics sealing, Hoult told PlasticsToday.