Sports celebrities delivering speeches at trade shows are not a novelty, nor is the inevitable theme of how excelling in sports or coaching a winning team is not unlike running a successful business. But that's not what former NBA player Jonathan Bender is about.

Sports celebrities delivering speeches at trade shows are not a novelty, nor is the inevitable theme of how excelling in sports or coaching a winning team is not unlike running a successful business. But that's not what former NBA player Jonathan Bender is about. He will be speaking at MD&M West in Anaheim, CA, next month from a unique perspective—Bender is the inventor of a Class I medical device—and he will share his entrepreneurial journey with attendees at the nation's largest medical manufacturing event.

Professional athletes whose playing days are over often don't land on their feet. While a handful find careers in broadcasting or start successful car dealerships, many more end up aimless and struggling financially. When he was sidelined because of knee surgery into his fourth season with the Indiana Pacers and just months after signing a $28-million contract with the New York Knicks, Bender channeled his inner entrepreneur. He had been involved in various business ventures during his short NBA career, none of which were crowned with success, but he persevered. Then, one afternoon at a public park in Houston, he hit on an idea for a device that would relieve stress on joints while strengthening the muscles that support them. He recalled the a-ha moment in an article, "Jonathan Bender's off-court rebound," published by Fortune in June 2014.

"Literally in about five minutes, I had the whole thing put together, with duct tape and some cables and ankle weights from the corner pharmacy," Bender told Fortune. His invention looked like a weightlifting belt with a pair of resistance bands (intended to strengthen the muscles around the lower joints) dangling from the bottom. "I tried the device on, and it worked exactly like I imagined. That's when I told myself, ‘If I can create a product that helps me, I know it'll help everyone else.' " 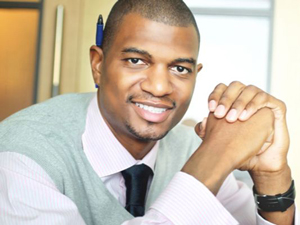 Bender took his concept to Purdue University for clinical validation. Researchers did a biomechanical analysis of the device and confirmed that it could be effective at relieving shoulder, back, knee, and hip pain. Bender trained with it for one year, and got his knees strong enough to give him another shot at an NBA career. By that time, however, he had his eyes on another prize: launching the JB Intensive Trainer on the market as a Class I medical device. In 2014, the company reported that product sales were growing at a month-over-month 60% rate, reports PlasticsToday sister site Qmed.

Bender will tell his inspiring story during a Center Stage presentation at the MD&M West exhibition and conference in Anaheim, CA, next month. He will be in good company, as thought leaders from across industry lines discuss a broad range of topics relevant to medical device professionals, from remote patient monitoring to biomechanical energy harvesting for portable devices. The event, which is co-located with PLASTEC West, takes place Feb. 10 to 12 at the Anaheim Convention Center.