China's per capita consumption of plastics was 22 kg in 2005. Just five years later, that figure had more than doubled, hitting 46 kg. The country's emergence as a consumer of plastics, vs. primarily being an exporter of plastic-containing goods, will comprise the next chapter in its rise to plastics preeminence. At 46 kg, per capita plastics consumption in China is just one-third the level of developed countries, where it can range from 120 to 200 kg, with some estimates of the U.S. rate at 170 kg.

China's per capita consumption of plastics was 22 kg in 2005. Just five years later, that figure had more than doubled, hitting 46 kg. The country's emergence as a consumer of plastics, vs. primarily being an exporter of plastic-containing goods, will comprise the next chapter in its rise to plastics preeminence. At 46 kg, per capita plastics consumption in China is just one-third the level of developed countries, where it can range from 120 to 200 kg, with some estimates of the U.S. rate at 170 kg. As the country consumes more plastics, the government's plan is for those materials to be domestically produced.

As part of its 12th five-year plan, the Chinese government announced a separate "Plan for New Materials" in September 2012 that outlined ambitious goals for the domestic production of key raw materials, including plastics. The plan sets up explicit growth targets for new chemical materials, whose production value is expected to hit some RMB 260 billion ($42.4 billion) by 2015, growing at a compound annual rate of 16%. From 2009 to 2015, the target is for China's self-sufficiency in new chemical materials to rise from 56% to 76%.

The Chinese government has said â€¨it will prioritize the development of six types of new materials over the next five years. According to ChinaMining.org, the country is seeking "economies of scale" â€¨in titanium alloys, stainless steel, energy storage materials, semiconducting materials, butyl rubber, and polycarbonate.

China's automobile production increased 10.18% in the most recent figures for July 2013, according to the China Assn. of Automobile Manufacturers (CAAM). Going back to the start of 2013, China automobile production totaled 10.968 million units, up 12.46% compared to the same period in 2012. Passenger car production lead the way and was up 9.62%, with commercial vehicle production up 12.78%.

Automotive applications top China's demand for engineering plastics, accounting for 33% of consumption, followed by electrical/electronic (26%), and home appliances (19%), according to Business Forum China.

China's automotive sector grew at a com- pound average rate of 24%/yr from 2005 to 2011, passing the U.S. in the fast lane as the largest single-country, new-car market, according to the McKinsey study "Bigger, better, broader: A perspective on China's auto market in 2020."

McKinsey forecast that China's market will "slow" to an average ofâ€¨ 8%/yr growth between 2011 and 2020. By 2020, sales are forecast to hit 22 million, making China's market bigger than Europe and North America.

The Chinese packaging industry achieved an estimated value $76.0 billion in 2011, growing by 7.2% over the previous year as the country overtook Japan in terms of market size. Next up, the U.S., which some forecast it will surpass by 2020. The China Packaging Federation (CPF), pegged the total value of its industry in 2010 at RMB 1.2 trillion ($196 billion), also claiming that China was now the second largest packaging power behind the U.S.

In its China country report, the Asian Packaging Federation said that in 2011, China's packaging industry grew to more than RMB 1.3 trillion, accounting for 2.8% of the country's GDP, stating "The contribution of packaging industry to the economy and manufacturing industry is more and more obvious."

Those companies seem to have gotten the message. Demand for packaging machinery in China is forecast to increase 7.5% annually to RMBâ€¨ 40 billion in 2016, according to The Freedonia Group. Filling and form/fill/ seal equipment will remain the largest segment, with the fastest growth in labeling and coding products. Top end markets include medical, pharmaceutical and personal care. Freedonia pegs the entire Chinese market for packaging machinery at RMB 27.8 billion.

"Growth opportunity" does not begin to describe the potential market impact of 1.3 billion people moving to universal 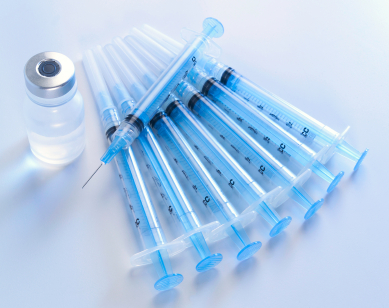 healthcare access. That is what's being proposed by the Chinese government, which has launched a health reform initiative that aims to give the most populous country in the world universal healthcare access by 2020. Phase 1 of the program committed RMB 850 billion ($124 billion) to develop the country's healthcare system, according to a report from Epsicom, while phase 2 adds an additional RMB 400 billion ($63.5 billion) through 2020.

"The prospects for medical device spending is huge," the Epsicom report states. "The government has committed heavily to the construction of thousands of hospitals, healthcare centers, and clinics, and this will inevitably lead to spending on capital goods, most notably medical devices, equipment and furniture at an unprecedented rate in a relatively short space of time."

China's medical device market is estimated at just under $17.1 billion in 2013, making it the fourth largest in the world and second largest in Asia behind Japan. Per capita spending in 2013 was estimated at just $12.60. From 2013- 2018, Espicom believes market growth will average 20%/yr. Imports will also grow, and already have until local production can satiate domestic demand. Exports jumped 20.7% in 2012, hitting $10.329 billion.

North America may have been the largest consumer of medical polymers in 2011, using more 1800 kilo tons, but Asia Pacific, and in particular India and China, is expected to be the fastest growing market in the future as companies shift manufacturing activities from western countries.