Bioplastics, for many years an area that has been very long on potential and disappointingly short on results, is finally starting to deliver on its promise. Driven by a combination of consumer  demand, oil prices, brand owner commitment to sustainability, government regulation and legislation, the past few  years have seen the successful development  and commercialization of various different  types of bio-based plastics, from new polymers-think PLA, PHA, PEF-to drop- in replacements of old favorites.

Bioplastics, for many years an area that has been very long on potential and disappointingly short on results, is finally starting to deliver on its promise. 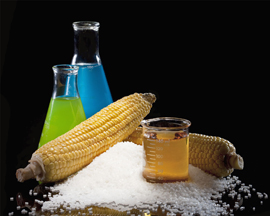 Hence, â€¨while petrochemical-based materials today â€¨continue to make up the overwhelmingâ€¨ majority of plastics produced-of theâ€¨ some 280 million tons of plastics proâ€¨duced worldwide in 2012, biopolymersâ€¨ accounted for only a modest 1.2 million tons-and are likely to do so for some time yet, these numbers are nevertheless poised to undergo a shift within the very near future. The latest forecasts from the European association for bioplastics, European Bioplastics, predict a five-fold increase in production volumes, to almost 6 million tons, by 2016.

Drop-in bioplastics, which are chemically identical to petroleum-derived plastics, are gaining acceptance with what can only be described as dazzling speed, compared to other bio-based plastics. This is mainly due to the overriding advantage of using a known material versus an unknown novelty. Drop-ins are compatible with existing recycling streams; also, their use involves much less risk, which is why brand owners and OEMs favor them.

In fact, one of the major forces behind the anticipated jump in bioplastics consumption is the drive by major beverage manufacturers such as Coca-Cola and Pepsi to develop plant-based, petroleum-free bottles, based, among others, on the drop-in material bio-PET. Demand pull from these companies, has already caused bio-based PET to account for some 40% of the global bioplastics production capacity, with volumes predicted to reach 4.6 million tonnes, or 80% of the world's production capacity in 2016. However, bio-PET is only partially bio-based: PET is made up of two components, i.e. MEG (mono-ethylene glycol), which makes up 30% of the PET by weight, and PTA (purified terephthalic acid), which makes up the other 70%. Although the MEG in bio-PET is produced from sugarcane, the search is still on to develop economically viable routes for the production of green PTA.

Car interiors, too, are another expanding application area for bio-PET: Japan's Toyota Motor Corp. has talked about using partially biobased PET inâ€¨ up to 80% of its car interiors, and Nissan used the material in the seats and interior trim surface of its 100% electric LEAF.

Bio-based polyethylene is another drop-in material that is strongly driving market growth. Braskem (Brazil) is the largest producer of bio-PE with 52% market share, followed by Dow Chemical, in cooperation with Crystalsev, and Belgium's Solvay. Other drop-ins are looming on the horizon: technology has been or is in the process of being commercialized for bio-based nylon, polypropylene, polystyrene, polycarbonate, PVC and many other traditional plastics.

Shale gas shakes up the picture

The shale gas boom has added a new dimension to the investment case for bioplastics.

The abundant shale gas reserves and their exploitation in the United States have raised concerns that bioplastics, especially PET and PE drop-ins, will suffer. As shale gas offers an inexpensive and abundant ethylene feedstock source, why then invest in bio drop-ins, that typically cost more to produce and that moreover, have generated debate about using food crops for manufacturing purposes?

To some extent, these concerns even seem justified. Dow Chemical and Mitsui & Co, for example, announced at the beginning of this year that they were postponing the second phase-building the plastics plant-of their bioethylene project. Now, Dow is building an ethylene cracker unit based on shale gas feed- stock, as part of the planned expansion of its plant in Texas. And it's not just the US. Elsewhere, in Europe, Asia, Africa and South America, countries are taking a long look at the opportunities offered by shale gas extraction, despite, in some cases, deep environmental concerns.

As both PET and PE are ethylene based plastics, it is questionable whether in the long run, the premium on bioethylene will continue to be palatableâ€¨to users in the light of the new, cost- advantaged ethylene from shale gas. In the short term, however, bio-PET will continue to benefit from Coca-Cola and Pepsi's commitment to the development of a 100% renewably sourced, plant-based bottle. And, as Hans-Josef Endres, head of the Institute for Bioplastics and Biocomposites 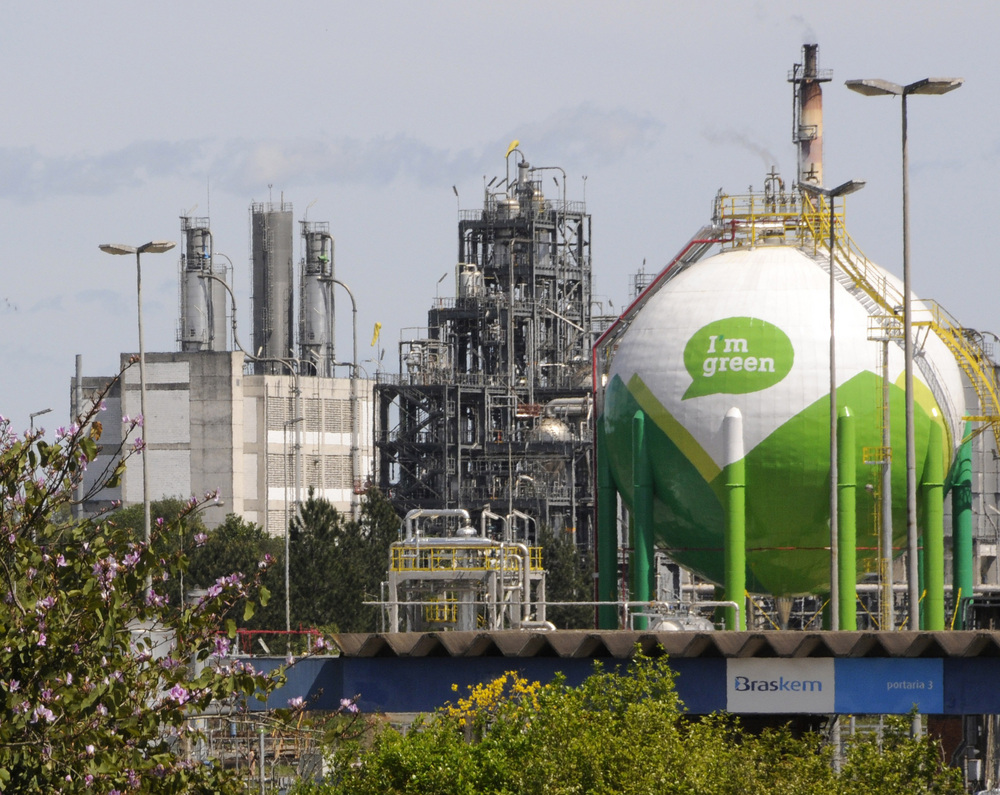 at the University of Applied Sciences and Arts in Hanover, Germany, points out, more is at stake than cost alone. "One of the main driv- ers for bioplastics is that they are based on renew- able feedstocks. At the end of life, they can be disposed of by incineration if need be, without adding greenhouse gases to the atmosphere. Shale gas extraction not only produces CO2, but it is connected with a lot of unknown risks and eco- logical impacts," he said.

The shale gas revolution is apparently shaking up the picture in more ways than one, however. Using natural gas to make ethylene has meant a switch away from naphtha, from which such oil- based plastics feedstocks such as propylene, butadiene or benzene are derived.

In an analysis by Ludwig Berger (Reuters) in December of last year, "makers of chemicals and plastics from plant matter are emerging as unlikely beneficiaries of the abundance of U.S. shale gas, which is shaking up the global petrochemical industry." He quoted from a report from Morgan Stanley, which stated that "a continued shift to ethane cracking will lead to an ongoing shortage of higher carbon chemicals such as propylene or butadiene. This environment is likely also to be supportive of renewable chemistry economics." Morgan Stanley's researchers went even further. They noted in a report that the global bioplas- tics market could grow by as much as 40% per year on average through 2020 to become a $30 billion industry, in the "bull-case" scenario with the most optimistic outcomes achieved.

The outlook is green

Whether driven by sustainability considerations, economics or the need to find a balance between the two, the bioplastics market may be expected to continue to thrive and expand. Governments around the world are taking action in legislative areas that impact the bioplastics industry, and the demand pull from consumers and brand owners shows no signs of slackening.

While market growth today is largely thanks to biosubstitutes of petrochemical commodities, the next few years will also see improvements in the position of novel bioplastic materials, such as PLA, PBS, PHA and even PEF, as ongoing efforts to improve properties and performance start to bear fruit, thus stimulating market acceptance. Production costs will come down as the technologies move from pilot to commercial scale. In short, bioplastics have come a long way in the past few years, and the coming years will hopefully see them becoming a significant source of the world's plastics.