Chicago - Looking beyond terms such as 'renaissance' and 'revolution,' plastic packaging producers believe the industry is in prime position to size a big opportunity due to a shale gas advantage. "One clear benefit is the addition of numerous jobs," Dow Chemical's Greg Jozwiak, commercial VP for North America packaging, said at the inaugural joint SPI/IHS Global Plastics Summit in Chicago.

Chicago - Looking beyond terms such as 'renaissance' and 'revolution,' plastic packaging producers believe the industry is in prime position to size a big opportunity due to a shale gas advantage.

For instance, a 1% growth in PE requires 28 plastic processing lines. He said 4.5% PE growth would equate to 770 KT lb of resin processed at a convertor, which can create 1400 new direct line jobs.

Another potential impact of shale gas: material substitution. That term was referenced several times during the day and Jozwiak believes it presents an addressable market opportunity in packaging for PE. 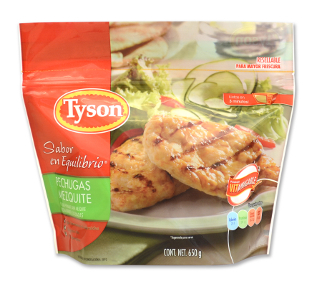 The packaging industry was a $173 billion industry in 2012, with about paperboard accounting for $57 billion. PE in packaging was reportedly $12.3 billion.

"My perspective is that shale gas presents an opportunity to collaborate and innovate for growth - to reshore the manufacturing of film bags; replace traditional material in packaging and export finished goods," he said. "We have the opportunity to build up the industry beyond the will of the existing market."

Impact to the convertor

"Shale gas is very important to us as we are primarily a North American producer," he said. "Resin represents the largest part of all our cost of packaging - about 70%."

The advantages of a lower cost resin will allow plastic packaging to grow into spaces occupied by other substrates. Farmer also believes that lower costs will bring jobs back to the U.S. and help drive innovation.

"What if we could convert 20% of the volume in the North American market to plastics?" he asked. "This would result in about 167 billion units a year."

Assuming the average weight is 10 grams, he said this would equate to 3.7 billion lb of PE.

An average cracker and PE plant being added at 2 billion lb would create more 300 jobs in the economy, Farmer said. The impact of 2 billion lb to the convertor is about 14,000 jobs.

"That's big numbers in job creation," he said. "Jobs created with the lower cost PE unleashes the power of the convertor to gain market share."