Chicago - With the shale gas boom driving North American PE projects, Steve Brien, global business director for IHS, said that there will be excess ethylene. "Whether that goes into PVC or another derivative, I can't tell you," he said at the Global Plastics Summit, sponsored by IHS and SPI. "But PVC producers want to get their hands on that ethylene molecule."

"Whether that goes into PVC or another derivative, I can't tell you," he said at the Global Plastics Summit, sponsored by IHS and SPI. "But PVC producers want to get their hands on that ethylene molecule."

Total PVC demand in 2013 is estimated at 38.5 million metric tones. Northeast Asia counts for almost half of the demand (45%) while the U.S. is at 19%. Between 2013 and 2018, year-on-year growth for PVC is expected to be closer to 4%. A wave of capacity additions - the majority located in China -- is exacerbating today's weaker demand growth environment. 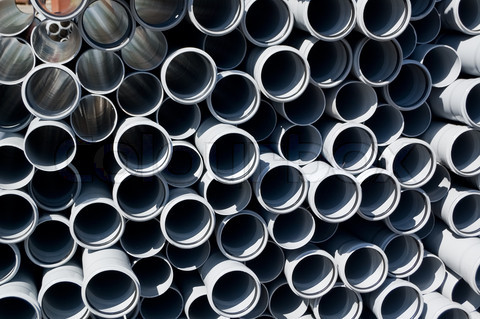 China, with the largest capacity, output and demand, is now the leading producing country in the global chlor-alkali and vinyls market. Rapid demand growth during the past 20 years has encouraged massive investment in Chinese chlor-alkali and vinyls capacity, enabling the country to move toward self-sufficiency. However, as this new capacity is coming online, the Chinese economy has lost some of its momentum, and a pronounced slowdown in the Chinese construction sector, combined with still sluggish growth in developed regions, has led to a "huge capacity overhang today," Brien said.

"Global operating rates for vinyls production will drop to near 65% in the short term, which means pressure will remain on cash margins for the vinyls sector in most regions of the world, with North America being the one major exception," he said. "North America has retained some of its margins primarily due to cost advantages from the development of shale gas."

PVC is the third most widely produced plastic following polyethylene and polypropylene, and is used extensively in construction. Some of the primary applications include vinyl siding, gutters, flooring, decking and window frames, but most often for underground freshwater and sanitation pipes. About 44% of PVC is used for rigid pipe and tubing.

Chlorine and vinyls demand is driven primarily by the construction sector, while caustic soda demand is largely determined by the manufacturing sector. In the aftermath of the global recession in 2008 to 2009, government-backed economic measures and stimulus packages in several countries supported a recovery and boosted vinyls demand, as many of the measures were targeted at infrastructure and public construction.

"The U.S. is spending money on construction and housing is continuing to climb," he said. "That's good news for the industry. Continued strength is expected in the housing market, although consumers need to adapt to higher mortgage rates."

North American will continue it's advantage in its export position and domestic demand in U.S. will grow with construction. Brien said that ethylene availably may limit vinyl expansions in the future for non integrated producers. India and China will remain main demand growth engines. West Europe will continue to struggle and consolidate.