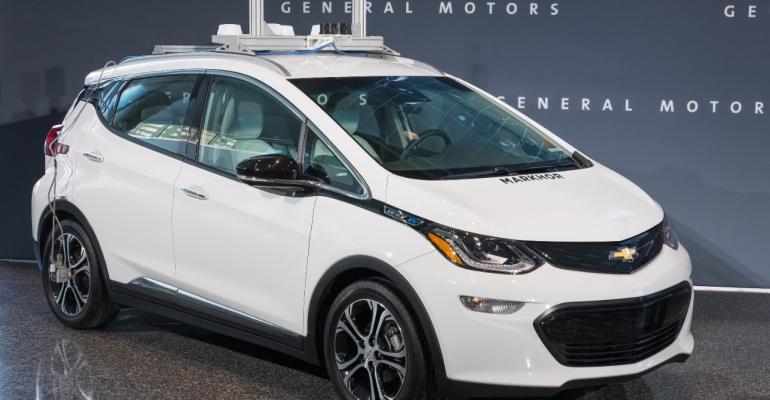 A new study names General Motors Co. and Waymo LLC as the leaders in the autonomous car race, while placing highly touted competitors such as Tesla Inc. and Apple Inc. at the back of the pack.

The study, published by Navigant Research, cited General Motors and Waymo (formerly known as the Google self-driving car project) for its efforts to move autonomous cars closer to production. “There’s a vast difference between developing an autonomous car as an R&D project and building one as a real product,” Sam Abuelsamid, the study’s author, told Design News. “Both of these companies have built in the redundancies on the compute side and on the sensor side. They’re going through all the validation and failure mode analysis that you’d go through for a production car.”

GM, in particular, was singled out for its ability to put the technology in the hands of the consumer, and its willingness to treat the autonomous car as more than a science project. “All of GM’s engineering teams back in Michigan are doing the same things for the autonomous Bolt as they would for any other program,” Abuelsamid said.

While Waymo LLC did not have some of built-in industry advantages of GM, it nevertheless scored well in the study because of its commitment to putting the technology on the road. Waymo has launched an “early rider” program in Phoenix and has teamed with Fiat Chrysler to test its hardware and software on Chrysler Pacifica minivans.

The study placed Tesla in the bottom half in terms of strategic vision and dead last in engineering execution. Abuelsamid added that Tesla did poorly in other key areas that would contribute to its ability to be successful in autonomy. “Their product quality and reliability is poor compared to the rest of the industry,” he said. “Their product portfolio is also limited and their financial position is less than ideal.”

Apple, meanwhile, was a study in contrasts. The giant company got dinged because it has no vehicle manufacturing or distribution channels, and has failed to articulate a strategic vision. But it scored well in terms of staying power and technology.

“Apple is considered one of the best chip design companies in the world right now,” Abuelsamid said. “If they can leverage that to their automated driving program, it would be a big help.”

The study’s findings came as a surprise in some quarters because they contrast sharply with the perceptions of the public, the media, and Wall Street. On Wall Street, in particular, high-tech companies such as Tesla, Uber, and Apple are viewed as having the best strategic view of the auto industry, which is why Tesla’s market value is so high.

With the notable exception of Waymo, however, the leaderboard placed traditional automakers near the top of the autonomous car race. “The Silicon Valley has some very strong contributions to make here,” Abuelsamid said. “But having the ability to manufacture, service, and support these vehicles is going to be crucially important. If you can’t actually get these vehicles on the road, the best software in the world won’t help.”

Designers of Autonomous Cars Need to Change Their Test Strategies