Green Matter: The bioeconomy as an innovation strategy - making it work

Cologne, Germany—What happens when a group of around 175 experts in bioplastics and industrial biotechnology from around the world gather together in a hotel for a three-day conference focused on the biobased economy in Germany and the U.S.?

Cologne, Germany—What happens when a group of around 175 experts in bioplastics and industrial biotechnology from around the world gather together in a hotel for a three-day conference focused on the biobased economy in Germany and the U.S.?

A major meeting of minds, opinions and heated discussion on topics ranging from the carbon cycle to green composites ballistics applications, that's what. The speakers and attendees at nova-Institute's 6th International Conference on Industrial Biotechnology and Bio-based Plastics & Composites were a mixture of German and U.S. policy representatives, industrial companies and academia. 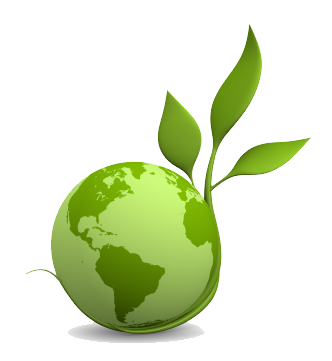 Manufacturers of bioplastics - Tecnaro, FKuR, NatureWorks, Biotec - were present, next to a number of major players in the chemical industry. A cheering development: while green chemistry and biopolymers may still have only a niche position in the market, when major companies like Bayer, Dupont, BASF, Clariant and Evonik participate, it's a sign that attitudes about bioplastics are undergoing a major shift.

As one speaker, Rina Singh, from the U.S.-based Biotechnology Industry Organization, pointed out "green chemicals and plastics are increasingly being built into portfolios", while "retail market pull  - think Walmart, Proctor & Gamble - is driving demand." To which Manfred Kircher, of the German academic CLIB-Graduate Cluster Industrial Biotechnology added that industrial drivers, such as the industry's need to reduce dependence on fossil feedstock, were also helping to "push the bioeconomy in Europe". Biofeedstock broadens feedstock flexibility, he said although "the cost must come down. The bioeconomy will only succeed if we don't need to pay a premium."

The need to develop alternative (and non-food ) sources of feedstock was also a recurring theme throughout the conference.

Ramani Narayan (Biobased Material Research Group, Michigan State University) eloquently explained what the real problem was with using what he called a 'depleting feedstock' like oil. Not only are fossil feedstocks finite, their use disturbs the carbon cycle, which naturally regulates the amount of CO2 in the atmosphere. As Narayan said: "Nature does a great job. It's in balance." However, using the carbon stored in fossil resources  - "old carbon" - causes an imbalance in this system. He argued "the rate and time scale of carbon fixation balance carbon use, and that the rate and time scale of CO2 utilization is in balance using bioproducts instead of fossil resources." Unlike petroleum-based carbon, biobased carbon is "new carbon" that is cycled by nature over a period of 1 - 10 years.

In this context, Erin Simon, from the World Wildlife Fund commented that in the shift from old to new carbon, there will be a shift in values and impacts. The way this shift is addressed will determine our success in achieving more sustainable solutions. Echoing this, Erwin Vink (NatureWorks) noted: "Oil is a blip on the timeline of human history." And calling his company's PLA material, Ingeo, one of the building blocks in a more sustainable economy, he added: "We turn greenhouse gases into performance products."

Fraunhofer Institute's lignocellulosic biorefinery project at Leuna chemical park in eastern Germany, where biotechnology and chemical processes have been integrated, making use of the existing infrastructure, is a case in point.  Thomas Hirth (Fraunhofer Institute for Interfacial Engineering and Biotechnology), who was closely involved in the project, described how the pilot plant facility opened in October 2012 with an aim to develop platform chemicals that can serve as key components in biobased products. It is designed to produce 80 kg of pure organosolv lignin, 120 kg of glucose and 35 kg of xylose from 315 kg dry wood per week, which are supplied to the project's partners for further processing into a range of chemicals. And further upscaling is easily achieved. "It's a first step toward the development in the long term of integrated processing in biorefineries of non-food biomass to produce chemicals, materials, biogas, biofuels and bioenergy," said Hirth.

At the end of these three days, an exciting range of technologies to enable the sustainable production of platform chemicals and polymer building blocks had been reviewed and new routes explored. Yet perhaps one of the most telling take home messages came from Christine Lang, of the German Bioeconomy Council, who said: "The bioeconomy is more than a project. It is more than a strategy for substituting raw materials. It requires perseverance, communication and continuous research. But it's a strategic opportunity for future sustainable economic growth."