Green Matter: Can algae live up to their promise? 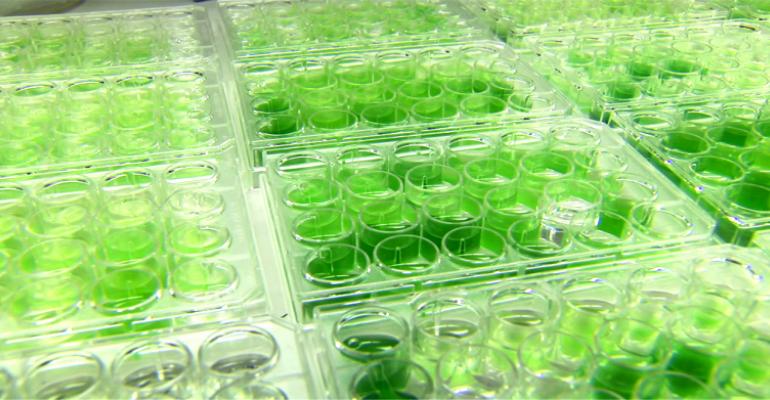 There's apparently no end to the sheer inventiveness displayed by researchers and the industry when it comes to putting the 'bio' into biopolymers. Orange peel, peat, tannery waste, sewerage sludge, insect cuticle-you name it, if it's biological in origin, you can be sure that somebody, somewhere has tried turning it into a biogases polymer.

There's apparently no end to the sheer inventiveness displayed by researchers and the industry when it comes to putting the 'bio' into biopolymers. Orange peel, peat, tannery waste, sewerage sludge, insect cuticle-you name it, if it's biological in origin, you can be sure that somebody, somewhere has tried turning it into a biogases polymer.

Right now, it's algae that are once again grabbing the headlines. Algae are plentiful, tend to grow fast and do not compete for land with food crops. They can be cultivated in extremely adverse conditions. They devour CO2, as much as they can get, and in the process they give off oxygen. In fact, those in the know will tell you that the stuff most people think of as seaweed or slimy green pond scum actually function as fantastically efficient mini-biofactories.

There's nothing new about using algae as a feedstock for bio-based products, although in the past the focus has largely been on algae biofuel. Lured by the enormous potential of algae, the field has received massive amounts of funding, both from private sources and government, with the U.S. Department of Energy and other federal agencies offering research financial support. 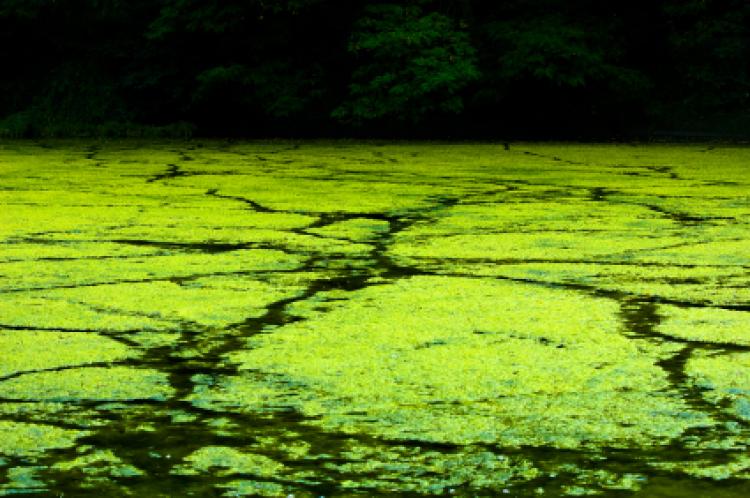 Because algae are claimed to yield between 10 and 100 times more fuel per unit area than other second-generation biofuel crops. In short, as one biodiesel researcher cheerfully explained to me: "They're oily little buggers."

Oily they may be, but algae currently require too much water, energy, and fertilizer to cultivate and harvest their oil for any large-scale production of biofuel. And while there are over 50 algal biofuel companies out there working on this problem, there are major technical difficulties that remain to be solved before the economic production of algal fuels becomes truly possible. Nonetheless, hopes remain very high, and companies around the world continue to tinker with algae to produce bioethanol, biodiesel, biomethanol, and biobutanol for fuel purposes.

However, there's much more to algae than biofuels alone, as a number of research labs and companies around the world are demonstrating.

Blue-green bioplastics
Just this month, for example, chemists at the University of California, Davis, reported that they had engineered blue-green algae, or cyanobacteria, as they are properly known, to grow chemical precursors for fuels and plastics, by more or less hijacking the photosynthetic machinery of these bacteria.

Normally, the bacteria use sunlight as a power source for a reaction that ultimately results in CO2 being converted into sugars, oils and other molecules, in a process known as carbon fixation. What the researchers at Davis did was first to identify the enzymes that carried out the specific reactions they were looking for, after which they introduced the DNA for these enzymes into the cells.

They built up a three-step pathway that allows the cyanobacteria instead to convert CO2 into 2,3 butanediol, a chemical that can be used to make paint, solvents, plastics and fuels. After three weeks growth, the cyanobacteria yielded 2.4g of 2,3 butanediol per liter of growth medium-the highest productivity yet achieved for chemicals grown by cyanobacteria and with potential for commercial development, said Shota Atsumi, assistant professor of chemistry at UC Davis and lead author of the study published Jan. 7 in the Proceedings of the National Academy of Sciences. The lab also received support from Japanese chemical manufacturer Asahi Kasei Corp.

Making a S.P.L.A.S.H., polyolefins and polyesters from algae
Another algae project, called SPLASH (Sustainable Polymers from Algae Sugars and Hydrocarbons), is being led by Wageningen University in the Netherlands, and is aimed at developing a technology for using microalgae - in this case the green alga known as Botryococcus  - as the raw material to produce hydrocarbons and polysaccharides, which could be further converted into renewable polyolefins and polyesters.

This specific alga produces long carbon chains, comparable to naphtha in the petrochemical industry, and sugars which are well suited for the purpose. However, the feedstocks can only be extracted by killing and grinding up the algae in what the researchers term 'a cumbersome process.' Next to establishing whether producing bioplastics from microalgae is economically viable, their goal is also to find a way to 'milk' the algae of their hydrocarbon chains - a technical feat that, although much attempted, has not yet been accomplished anywhere.

Algae plastic hits the market
And while both the above projects are still at the research phase, algae plastic is far from being a pipe dream. California-based bioplastics manufacturer Cereplast Inc., for example, recently announced the commercialization of Cereplast Algae Bioplastics with the introduction of Biopropylene 109D.

The company has been working on the commercial development of algae plastic since its announcement in 2009, that it had successfully blended algae into PP. In 2010, Cereplast developed its first algae-content thermoplastic, which has now been launched on the market under the name Biopropylene 109D. 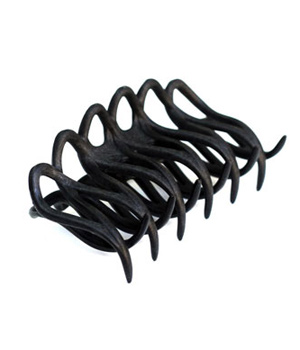 The first commercial application is for luxury hair accessories injection molded in France for the Barrette Factory in Hollywood, CA. Another application that is being looked at is packaging, where the biodegradability of algae can offer advantages. Cereplast has experimental grades with up to 50% algae content. And there's no need to worry about the smell, either: the Cereplast Research and Development team claims to have developed a post-industrial process that 'significantly reduces the odor that is typically inherent to algae biomatter'.

From duckweed to bioplastics
Another player in the field of algae plastic is Algix, a company based in Georgia that has partnered with the University of Georgia and Kimberly-Clark to commercialize the cultivation of aquatic biomass, such as algae and duckweed, as a feedstock to produce bioplastics.

The company grows the algae on the nutrients found in industrial wastewater from carpet plants and in farm waste-water; harvests, dries and powders it before compounding it with various resins - PE, PP, PLA, PHA or EVA, for example - to produce its customized bioplastic formulations.

The result is a dark green to black colored blend containing up to 70% algal biomass, although a 50/50 mix is more standard. The plastic gives off a slightly fishy odor, which the company is working to eliminate. Algix' algal plastics have recently been attracting attention from a wider public.

Last October, the thermoformed packaging supplier Dordan Manufacturing Company showed the first thermoformed sample of an algae plastic compound from Algix at Pack Expo in Chicago, as part of its Bio Resin Show N Tell exhibit. Dordan uses this exhibit to educate customers about the possibilities of using bio-based/biodegradable/compostable resins in consumer product packaging. And only two weeks ago, Dordan exhibited for the first time at the International CES in Las Vegas, where once again the algae plastics was part of the Bio Resin Show N Tell exhibit, thus introducing algae plastic to the consumer electronics industry for the first time.

Although promising, algae plastic is still only at the very dawn of its development. However, as concerns about land use and the use of food crops persist, the bioplastics industry needs a sustainable, low-cost feedstock with a minimal footprint. In the eyes of a growing number of fans, algae would appear to fit the bill rather nicely.