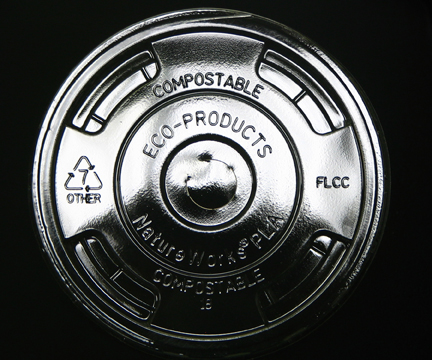 The discussion really heated up after a press release went out in May 2011 on the results of a study from North Carolina State University, which stated that biodegradable products were "likely doing more harm than good in landfills", because of the greenhouse gas released as they break down. The study examined whether biodegradability was a "desired attribute in solid waste" and explained that in a landfill, these materials degrade anaerobically to form methane and carbon dioxide. Because methane escapes from landfills, either directly to the atmosphere or by diffusion through soil, the best solution would be to collect the methane for use as an energy source. The press release, however, was entitled "Study: Biodegradable products may be bad for the environment" and was picked up and quoted by the media everywhere.

For NatureWorks, it meant that the time had come for conclusive evidence about what happens when Ingeo is landfilled. And just yesterday, a peer-reviewed article appearing in the journal of Polymer Degradation and Stability concluded that Ingeo biopolymer is essentially stable in landfills with no statistically significant quantity of methane released.

Conditions in landfills can vary considerably by geography, management practices, and age of waste. As a result, researchers Jeffery J. Kolstad, Erwin T.H. Vink and Bruno De Wilde, and Lies Debeer of Belgium-based Organic Waste Systems performed two different series of tests spanning a broad spectrum of conditions. The first was at 21Ëš C (69.8Ëš F) for 390 days at three moisture levels. The first series did not show any statistically significant generation of biogas, so the team decided to push the stress tests to a higher and more aggressive level and instituted a series of high solids anaerobic digestion tests.

Today, some landfills are actively managed to act as "bioreactors" to intentionally promote microbial degradation of the waste, with collection and utilization of the by-product gas. To capture this scenario, the second series of tests were designed to simulate high solids anaerobic digestion under optimal and significantly accelerated conditions and were performed at 35Ëš C (95Ëš F) for 170 days. While there was "some" biogas released in this aggressive series of tests, the amount released was not statistically significant according to the peer reviewed research paper. Both series of tests were designed to represent an examination of what could happen under a range of significantly accelerated anaerobic landfill conditions and were roughly equivalent to 100 years of conditions in a biologically active landfill.

The researchers concluded that " semicrystalline PLA (typical of >96 wt% of resin used to manufacture products), under anaerobic biological conditions typical of a landfill at moderate temperatures (where PLA hydrolysis is slow), will not lead to significant generation of methane, and that no significant population of organisms is available under anaerobic conditions to directly degrade high molecular weight PLA."

Marc Verbruggen, president and CEO, NatureWorks commented that the research "is the latest in a series of NatureWorks initiatives aimed at understanding and documenting the full sustainability picture of products made from Ingeo."

He pointed out that ideally, Ingeo foodservice ware would be composted and Ingeo resins and fibers mechanically or chemically recycled rather than landfilled. However, as long as a percentage of Ingeo products end up in landfills, it is good to be certain, "That the environmental impact of that landfilling, in terms of greenhouse gas release, is not significant."

That's excellent news. But why not go one better? Why not get serious about putting the infrastructure in place that is needed for recycling PLA, in the United States and in the rest of the world?

There are a few initiatives in this direction - NatureWorks itself is committed to developing recycling systems for PLA and has worked with various customers, including e.g. Danone, to establish these - but a critical mass is needed for these systems to pay off. Nevertheless, as the volumes of PLA continue to grow, what today may still seem an idealistic aspiration just might become an economically smart move.