Greener Supermarkets Part I: Bags and beyond, how retail chains are adopting sustainable packaging practices 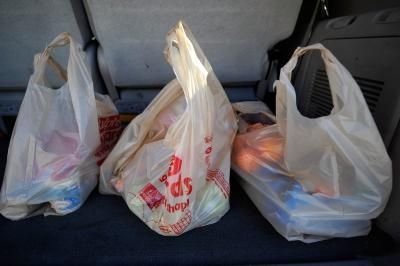 It's no secret plastic bags have also become an environmental eyesore as many are seen floating in oceans, on the side of highways, in parks, and more. And as result of public outcry regarding litter, the city of Los Angeles enacted a plastic bag ban on all of its supermarkets.

While it remains to be seen the type of impact this ban will have, many national supermarkets and retailers have taken a role in adopting sustainable packaging practices in an effort to increase recycling rates while also reducing waste.

For instance, Walmart has a goal to eliminate landfill waste generated by its U.S. operations by 2025. In 2010, the retail giant reduced the plastic bag waste across its global operations by 47.95 million pounds, or approximately 3.5 billion bags.

Ron Sasine, senior director of packaging for Walmart, told PlasticsToday the company has made positive strides in using more renewable and recyclable packaging, along with in-store recycling.

"Local municipalities play an important role as they handle most of the recycling collected in the U.S.," he said. "We understand what our role is and we also understand where our role is limited. We have made great progress and will continue to push for more recycled content and more renewable content packaging throughout our system."

Supermarket chain Kroger has a plastic recycling program where plastic bags, dry-cleaning bags and plastic shrink-wrap can be recycled in all stores. Plastic bags are collected and recycled into other products like plastic landscape and other plastic bags.

This program resulted in 26 million pounds of plastic being recycled from stores and distribution centers in 2010, according to the company.

Kroger's "Fill the Bag" training shows new employees how to optimally fill a plastic grocery bag as a way to reduce the number of plastic bags at retail locations. By 2014, Kroger wants to save one billion plastic bags through education and aiding in changing customer habits. 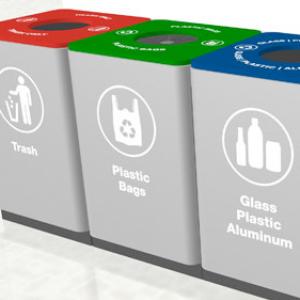 plastic bags, MP3 players, ink cartridges and cell phones at their local Target store. The plastic bags are sold to a vendor who converts them to composite decking.

In the first nine months of Target's overall in-store recycling program, more than 170 million plastic bags were collected and recycled.

Maria Brous, Publix director of media and community relations, said the company has offered in-store recycling of paper and plastic bags since the mid-1970s. In 2011, the company's overall recycling rate was 49%.

However, packaging at supermarkets isn't just about plastic bags. In the next segment, we look at sustainability throughout the entire supply chain.