North Vernon, IN—Mark Daniels comments on the current job market as he holds a handful of pellets with hints of a gray tone. Oftentimes when there is talk about plastic bags it's about the product itself, but Daniels, VP of sustainability and environmental policy for bag maker and recycler Hilex Poly, believes above anything else, it's a story about people.

North Vernon, IN—Mark Daniels comments on the current job market as he holds a handful of pellets with hints of a gray tone.

Oftentimes when there is talk about plastic bags it's about the product itself, but Daniels, VP of sustainability and environmental policy for bag maker and recycler Hilex Poly, believes above anything else, it's a story about people. 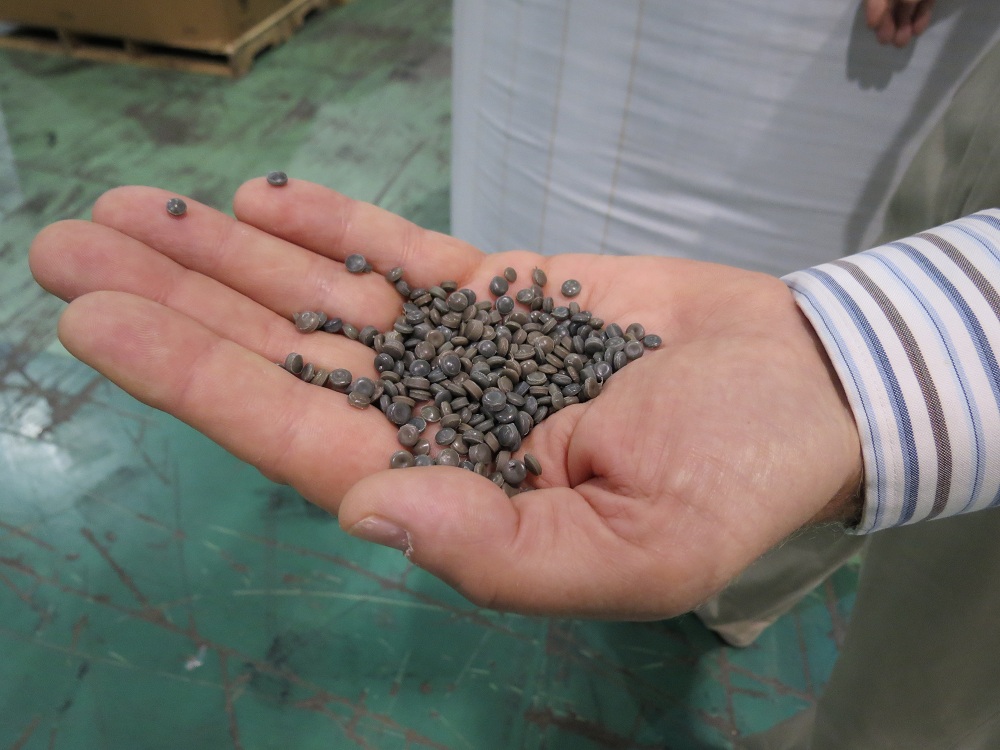 "One of the most important things to point out is that we help create jobs for the industry," he said. "When we look at bag bans, it could potentially eliminate bag manufacturing jobs, which includes jobs that were created due to our recycling plant."

Hilex employs slightly more 1200 people nationwide, with about 200 at the North Vernon bag plant and 75 at its recycling plant.

A bit of history
Hilex Poly is a manufacturer of plastic bag and film, focusing primarily on HDPE film products. A U.S.-based company, Hilex has headquarters in Hartsville, SC and nine manufacturing facilities, including what it calls the world's largest closed-loop plastic bag recycling plant.

The company's plastic bag history starts in 1980 when Sonoco Products Co. entered the plastic bag business with one product offering, a white film, t-shirt style bag printed in one or two colors. The original plant, located in Onset, MA consisted of just three, two-lane bag lines. At the time, HDPE resin was imported from Germany. A second plant was added in Santa Maria, CA in 1983.

Hilex has helped advance the plastic bag industry in several ways, including becoming the world's largest producer of plastic T-shirt bags, which is currently the most popular model among retailers. The company's patented QuikMate EZ bags are used in a wide range of bagging operations, from scan and bag, to bag well, to self packing stations and everywhere in between. These engineered t-shirt bags feature integrated tabs with a patented "easy-to-open design" that helps reduce tab waste at the checkout.

The company has created several innovations in the plastic bag industry, but perhaps its 'crown jewel' product is not a pristine white plastic bag, but one that comes in gray.

Bag-to-Bag
Most plastic shopping bags that are white in color are made with virgin material, but when the shopping bags are produced with partially recycled resin recovered from used plastic bags, the bags oftentimes take on gray, tan, or even bluish tones.

While it's debatable when the plastic bag ban brouhaha truly began, Hilex, fully aware of the reusability and recyclability of its products, decided it was up to it to establish an industry setting standard for recycling.

In 2005, Hilex invested more than $20 million to establish the first bag-to-bag recycling facility in North America. 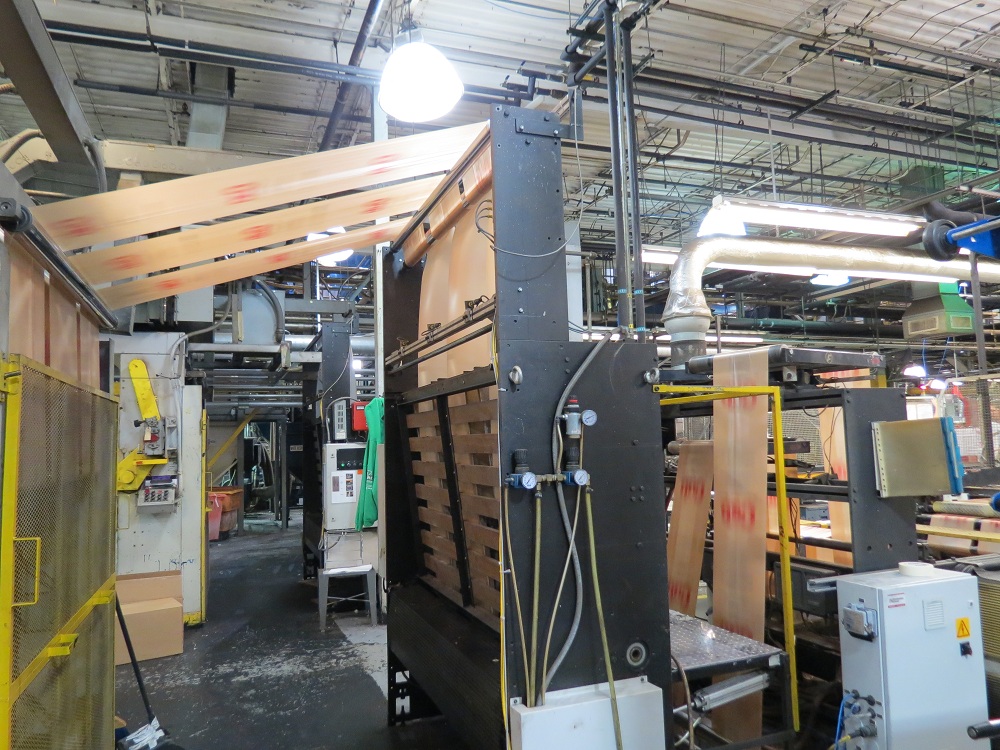 "We made the decision to invest heavily in the recycling infrastructure and it's paid off," Daniels said. "It's not only a good sustainable story, but it keeps us economically competitive."

The company decided to build the recycling facility adjacent to its bag manufacturing plant in North Vernon, IN. The bag plant is 175,000 sq ft, while the recycling plant covers 100,000 sq ft.

The recycling plant began operations collecting and reprocessing about 3 million lb of old sacks; it has since increased to upwards to 22 million lb of post-consumer PE bags, films and sheets.

The process
Hilex has set up more than 30,000 collection points across the country, mostly at retail stores for consumers to drop off their used plastic bags. The company partners with other companies to purchase used plastic bags and films for recycling.

The baled bags are picked up from grocers and retailers and from there are brought to Hilex's recycling center to be sorted and cleaned. Employees hand-sort the material to make sure there aren't containments in the mix, which can include cans, water bottles and paper labels.

The material goes through a bale-breaker and then a wet-spin cycle extracts more contaminants that are extruded out in a long pile, which Daniels said is mostly comprised of receipts that come out on the side to the floor via a screw mechanism.

From there, the remaining material is shredded into flakes and then treated in a silo with a hot air dryer. A scrap line and heat sources take the plastic from the wash and dry-sort lines (consisting of stretch-film and sheets), reducing it down into resin pellets.

To produce the recycled bags, the resulting pellets are taken either next door to Hilex's bag making facility, or to the company's other facilities across the country. 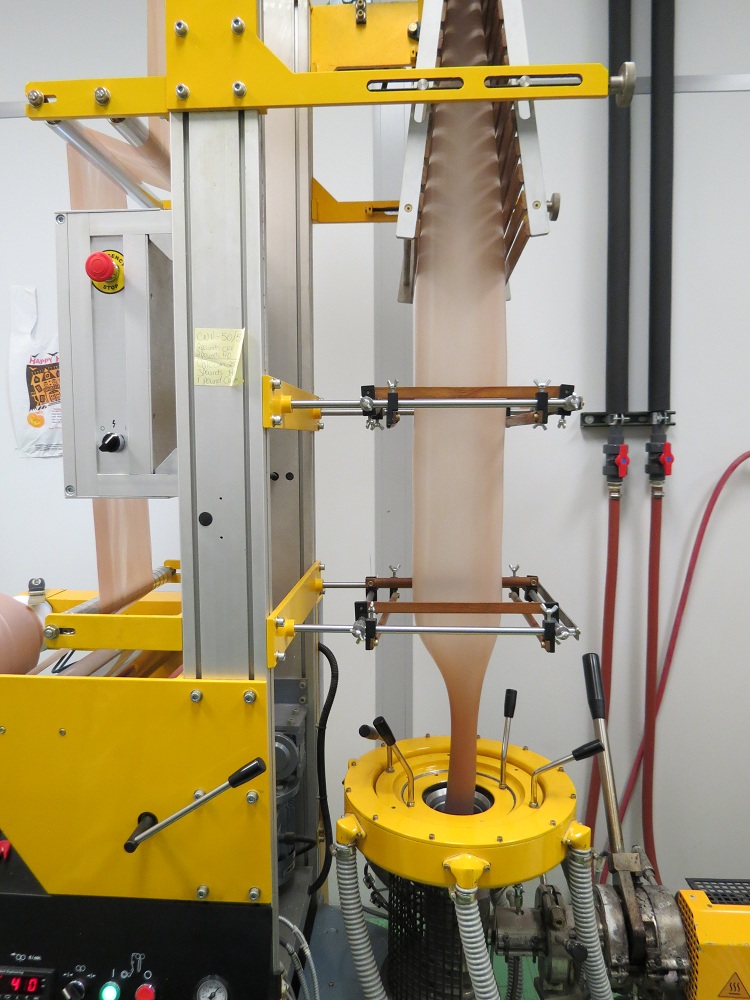 At the bag making plant, the resin is fed into extruders where the material is heated to 430F. The material reaches a molten plastic state where it is then blown upwards from the extruder, forming a core as the temperature drops.

The final step in the extrusion process sends the bubble through a series of rollers to lay the film flat and then wind the film on large cores, ultimately producing a roll of film weighing thousands of pounds.

Next, the roll is sent to the converting department where it is placed into the unwinder. Once the printing process is complete, the large roll of film is then cut to size with hot knives that seam the sides of the bags together when cut.

The film is fed into bag manufacturing machines where the top and bottom seals are formed and the handles are cut out.

And that's how a plastic bag is reborn.

While Hilex would like to produce bags made from 100% recycled content, there currently isn't enough material to produce a bag with that high an amount.

"If we can get more consumers to recycle, we will have more content to use in our bags," Daniels said. "We have the proven technology to do so."

Some people believe that bags produced with recycled content would be weak and not as strong as virgin material, Daniels said this is not the case. Recycled bags maintain the same qualities and are actually similar in cost to 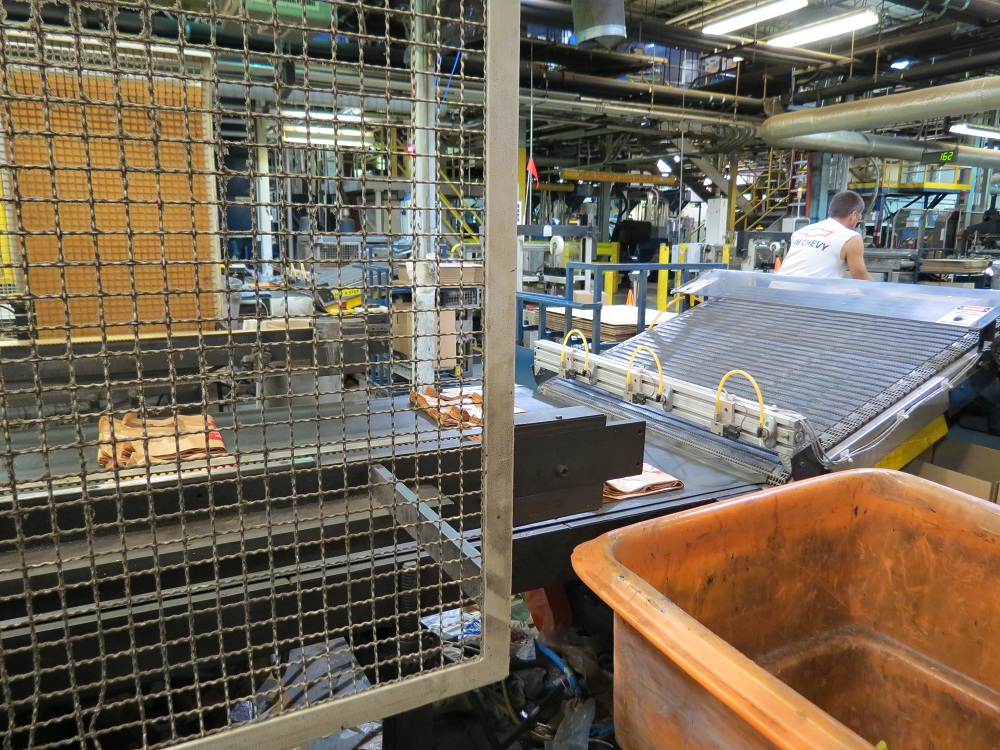 Another issue to overcome is some groceries and retailers are "tied' to white bags. Bags with higher recycled content consist of dark colors and Daniels said the darker colored bags actually communicate a marketing message that these bags were recycled and have been kept out of landfills.

Compared to conventional bags, the bags made of recycled content require 20% less energy to produce, lower carbon emissions by 11% while also diverting millions of pounds of plastic from landfills each year.

"When we look at bag bans, it can destroy the entire infrastructure," Daniels said. "It doesn't make sense to me that these mandates are promoting more environmental harmful packaging, while at the same time eliminating consumer choice. When you logically look at the opposing arguments, we believe recycling is a much better way to go."