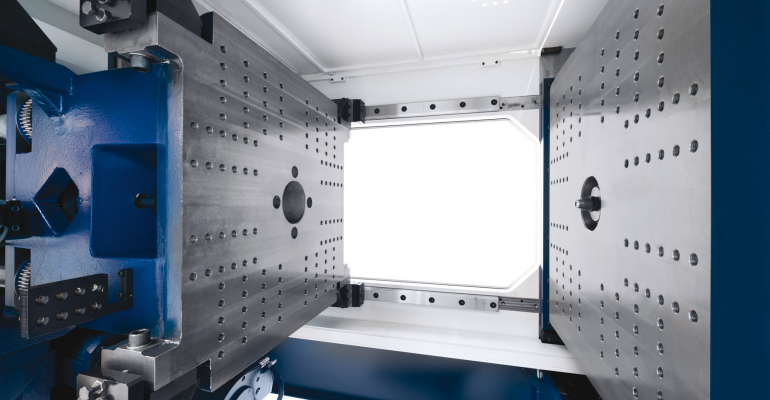 Haitian is introducing a new all-electric line for medical molding at NPE2012 that is the fruition of a seven-year German-based development project to break into the Japanese-dominated field of high-tech, all electric injection molding machinery.

Haitian is introducing a new all-electric line for medical molding at NPE2012 that is the fruition of a seven-year German-based development project to break into the Japanese-dominated field of high-tech, all electric injection molding machinery.

The innovations are coming from Zhafir Plastics Machinery GmbH, which  started in 2005 as a development center to design improved injection

molding machines from the ground up. Haitian acquired 91% of Zhafir in 2007, while Helmar Franz, the CEO of Zhafir, retained 9%. A 4,300 square meter manufacturing plant in Ebermannsdorf, Germany was completed at the end of 2009.

One of the first results of the effort was the Zhafir Venus line, which was introduced in North America at NPE2009 by Absolute Haitian (Worcester, MA), which represents Haitian in the United States and Canada.

On display at NPE2012 April 1-5 (booth 1573) will be a  Zhafir Mercury 1000-35/35,  a tiebarless, all-electric machine that uses side  plates rather than tiebars to create 70% more mold space, allowing use of larger tools on smaller machines.  The machine design is described as 30% slimmer than previous models, boosting productivity per square foot.

The toggle clamp mechanism has just two levers and a central servo direct drive. The simplified design is aimed at smoother machine operation in an effort to boost repeatability. There is no lubrication requirement. The Zhafir Mercury series became available for sale in the United States this month for the first time.

The machine running at NPE2012 will mold 200ul (microliter) medical pipettes made from medical grade polypropylene with a scalable 64-cavity mold  designed and built by Cavaform International, LLC (booth 4653). In line with themes of other medical-oriented cells that will be running at the show, the cell will be highly automated with a Yushin robot (booth 1563) handling part removal. The automation partner is Modern

According to Haitian, melt quality is improved by separation of plastification from injection in a two-stage injection unit. A unique rinsing process is said to eliminate melt residue. Plastification occurs immediately via a high-torque motor. The injection process is controlled by a central spindle driven by a servomotor, which shortens response time and achieves speeds of up to 500mm/sec with acceleration of over 10g.

In an interesting, energy-saving feature, the central power supply to the drives and a new generation of inverters from KEB GmbH recirculates the braking energy back into the power grid. Servo motors with low inertia reduce energy consumption during heavy acceleration.

The control system from KEBA AG features a decentralized bus system that allows as many signals as possible to communicate through a standardized field bus system that is compatible with Ethernet. The signals are read through decentralized IOs (inputs and outputs) and emitted on the spot where they are needed. This is said to guarantee precise timing and no loss of signal or disruptive influences. Optimized wiring and shorter cable lengths contribute to system stability and greater ease of maintenance.

Machines can be built in a week in the German plant. Some components are sourced from Asia. The Zhafir machines are built in Ningbo, China for the Asian market.