Health Canada: BPA is safe for use in food packaging materials

Bisphenol A (BPA) is back in the news again. Health Canada recently conducted a study on BPA and pregnancy, which found that dietary exposure to BPA through food packaging is not expected to pose a health risk to the general population, including newborns and young children.

Bisphenol A (BPA) is back in the news again. Health Canada recently conducted a study on BPA and pregnancy, which found that dietary exposure to BPA through food packaging is not expected to pose a health risk to the general population, including newborns and young children. 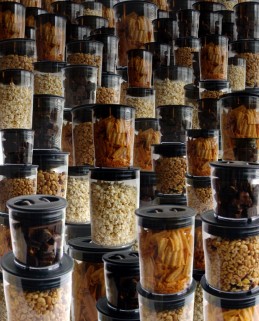 Health Canada called the results of the study "significant."

"They provide much-needed information on the levels of phthalates and BPA present in one of our most susceptible subpopulations, pregnant women, as well as a basis for continued monitoring," they wrote.

The MIREC study is a key deliverable under the Government of Canada's Chemicals Management Plan, which strengthens efforts to help protect Canadians' health and environment from the risks of harmful chemicals. The study, which is hosted at Sainte-Justine Hospital in Montreal, is co-funded by Health Canada, the Canadian Institutes of Health Research and the Ontario Ministry of the Environment.

Here are some key news items about Canada and BPA:

"With important new research results in hand, Health Canada once again reaffirmed its position on the safety of bisphenol A (BPA) in its press release today, stating 'Based on the overall weight of evidence, Health Canada continues to conclude that dietary exposure to BPA through food packaging is not expected to pose a health risk to the general population, including newborns and young children,'" he said.

"The biomonitoring study measured exposure of a large group of pregnant Canadian women to BPA," he continued. "While acknowledging that exposure to BPA is expected, the Health Canada study found BPA at lower average levels and in a lower percentage of women, compared to the overall Canadian population. These results indicate that typical exposure to BPA for pregnant women is more than a thousand times lower than the safe intake level established by Health Canada."

[Remember, BPA is a synthetic estrogen used to produce polycarbonate (PC) polymers and epoxy resins. The chemical has faced controversy due to studies linking BPA to an array of adverse health effects, including cancer, obesity, abnormal brain development and reproductive problems.]

"The results are consistent with similar studies conducted in the United States by the Centers for Disease Control and Prevention, and Health Canada's current perspective on BPA is very consistent with the U. S. Food and Drug Administration (FDA)," Hentges said. "Earlier this year, FDA scientists published the results of a large-scale government-funded study demonstrating that low-dose exposure to BPA did not result in the development of adverse health effects. These most recent scientific results provide strong additional support for FDA's recent response to the question: 'Is BPA safe?' FDA answered with one word:  'Yes.'"