India's hunger for packaged foods (with an infographic)

The producers behind the nine edition of Plastindia 2015 released a new release with a stat that caught my eye. India is predicted to become one of the top 10 packaging consumers by 2016, with the demand set to reach $24 billion. Food packaging is expected to be a major growth driver in the near future for polymer consumption as the retail sector flourishes, according to the release.

The producers behind the nine edition of Plastindia 2015 released a new release with a stat that caught my eye. India is predicted to become one of the top 10 packaging consumers by 2016, with the demand set to reach $24 billion. Food packaging is expected to be a major growth driver in the near future for polymer consumption as the retail sector flourishes, according to the release. 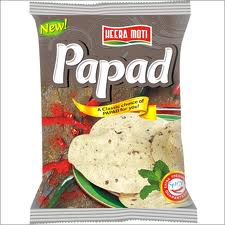 Focusing on the increased use of the role of plastics in keeping food safe and secure, Prabuddha Dasgupta, which show organizers called 'one of the most respectable packaging professional' said that, "in the current business environment, the key areas of growth are agriculture, retail, food processing, medicines and plastic packaging plays a vital role. Plastics are perhaps the most versatile group of materials used in packaging."

"However, in international markets or at duty free shops overseas and in India as well, Indian packaged food is very difficult to find on shelves; the primary reason being, lack of high quality of packaging solutions," he continued. "With the increased use of technology which has provided high quality and safe plastic for various applications in the Indian food industry, the industry will become more competitive and will gain cost effectiveness."

As more and more of India's population of 1.2 billion are fed with packged foods, the hunger for rigid and flexible plastics packaging on the subcontinent will be insatiable. Why? India is the world's second largest producer of food behind only China, and total food production there is expected to double over the next decade. (As noted below in the infographic prepared by UBM Canon).

India's packaged food segment is expected to grow 9% reaching $100.19 billion by 2030, according to a report by CII-McKinsey. Plastics packaging currently uses 3.5 million tonnes of plastics, with that figure forecast to grow to 9 million tonnes by 2020.

Multinational packaging players are already taking notice. In June, Tetra Pak opened its second largest plant â€¨in the world in India. The Chakan facility near Pune, which received an investment of $107 million, trails only Tetra Pak's Swedish facility in total size. The added capital will allow it to double capacity to annual production of 16 billion packages. In January, MeadWestvaco made a $184 million investment in its industrial packaging operations in India, with the goal of tripling sales.

Here too, the Indian governmentâ€¨is playing a stimulative role to boost domestic plastics processing. In its Twelfth Five-Year Plan (2012-2017), it said it would "encourage use of plastic packaging in key applications, for example, milk packaging."

Looks like plastic packaging consumption in India is one to keep an eye on.

Also, while we're on the subject, check out the following infographic on the Asia-Pacific plastics market, which has a focus on polymer demand in India.