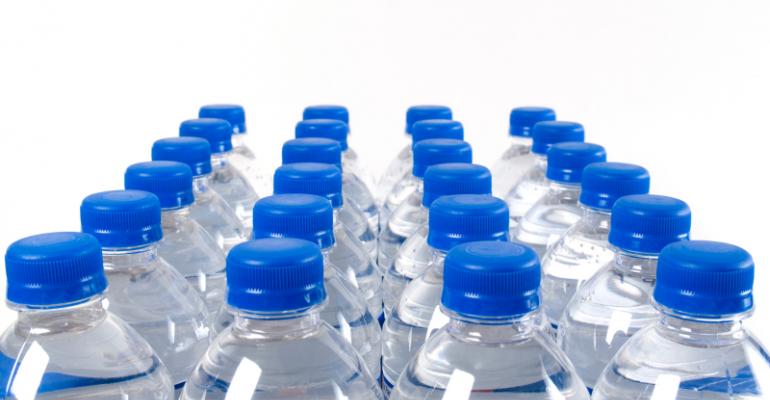 Richard Jones, Indorama's spokesman, said that the company sees around 3% growth in demand each year.

According to Research and Markets, due to its varied applications, PET consumption increased significantly in the last 15 years over other alternative packaging materials such as aluminum, glass, paper and others. The global PET resin industry grew at a CAGR of 7.8% over the period 2005-2011. This growth is being driven by population growth, urbanization in developing countries, rise in disposable income and growth in the fast-moving consumer goods sector. In addition, the report said that the emergence of new application areas for PET resin like alcoholic and non-alcoholic beverages, as well as pharmaceuticals, will contribute to its growth in future years.

Asia is the largest PET resin producer followed by North America, Europe and the Middle East. Demand of recycled PET (RPET) has increased over the past few years due to high virgin PET prices and new PET reclamation plants getting operational. Challenges faced by the industry include high PTA (Purified Terephthalic acid) and MEG (Monoethylene Glycol) prices and reduction in bottle weights, the report stated.

Worldwide, the PET resin market is fragmented with the top five manufacturers having approximately one-third of the total market share. The PET market in North America is consolidated with the top three companies accounting for nearly 90% of market share. Globally Thailand-based Indorama is the market leader. Other major companies include Alpek, M&G, Sinopec, Jiangsu, Far Eastern, China Resources and Nan Ya.

Indorama entered the PET business in 1995 when it established a PET facility in Thailand with a capacity of 20,000 tons of year. Since then, the company has grown to operate 13 production facilities across five countries with a combined capacity to produce 1.5 million tons of PET polymers. More than 60% of its business is in the Western hemisphere and the company is the second-largest PET producer in North America with production in the U.S. and Mexico. The company has operations in the U.S. since 2003 and today employs in the U.S. a workforce of 1073, with nearly 700 of them in the PET business alone.

After the start up of the AlphaPet facility at Decatur, AL, Indorama said it became the largest PET producer in the world. Once the AlphaPet plant was completed in 2009, the company added a recycling plant to the site and is now able to recycle used PET bottles to produce a portion of its PET resin.

The company recently announced that it will invest $190 million to build an additional PET manufacturing plant adjacent to its current site near the Tennessee River in Decatur. Operated by its subsidiary, AlphaPet, the plant will produce about 500,000 tons of resin per year and will employ an additional 75 full-time workers, taking total employment on this site close to 200 when the project is complete.

The plant will be adjacent to its BP Chemicals PTA/paraxylene plant, as is its first AlphaPet plant. The new plant will feature two PET lines and will use melt-to-resin technology and they will also have the option of linking to the company's flake-to-resin facility on-site.

Construction will begin in 2013 and Jones said they are targeting for the plant to be fully operational in the fourth quarter of 2015.

Jones said they decided to build another plant in Decatur because they feel there is still a lot of potential growth in demand for PET in North America.

"We are very pleased with the operation of our first site there, AlphaPet," he said. "We will have virtual integration with the PTA plant next door and the site has excellent logistics on-site. We have received very close cooperation from the authorities in Decatur and Alabama as a whole and were encouraged by the access to skilled labor in the area."

Jones said the company believes it is one of the most efficient players in the polyester value chain.

"We have geographic and product diversity that offers our customers unparalleled choice and our new plant in Alabama will actually lower our total cost profile when it is operational," he said. "We continue to see the demand for our products growing even in economic crises and will seek new opportunities to expand whether this is through organic or non organic means."