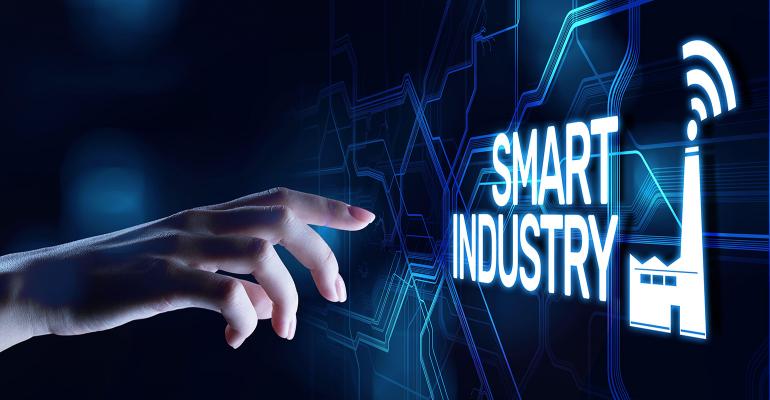 In plastics processing, what you don’t know can most definitely hurt you. That’s one reason why plant operators who want to remain in the know are increasingly turning to multivariate analyses.

These leaders are deploying AI to identify the “unknown unknowns” in plant operations — hazards they would not necessarily think to consider under normal conditions. These hidden glitches in the system may start out as minor issues, but left undetected, they can cause dangerous and costly breakdowns over time. Multivariate analyses driven by artificial intelligence (AI) help prevent these small issues from becoming big ones, stopping serious malfunctions before they happen and improving efficiency and profits.

Trying to identify a problem manually is akin to looking for the proverbial needle in a haystack. Traditionally that process necessitates a focused team effort pulling data from different sources — oil analysis, vibration analysis, sensor data, electrical testing, and more — and then putting it all together. Labor intensive, tedious, and time consuming, it’s a reactive approach that can pull people away from productivity.

Harnessing AI to gather and analyze the data in a multivariant analysis, however, can reduce the time it takes to discover problems. Further, teams can examine the data in line in real time, which is far more beneficial than looking at data after the fact. AI’s capacity to assess myriad factors and produce a comprehensive view of operations and processes also gives teams the foresight they need to see into the future.

Here’s a recent example. An Asian process plant’s compressor kept breaking down. Engineers immediately began looking for a mechanical problem as the source of the vibration. Nothing was obvious, however, even as the problem persisted and worsened. There were just too many factors to consider. Then the engineers opted to run a multivariate AI analysis that would tap into the underused data from the plant’s sensors and instruments. Not only did they quickly locate the origin of the problem, but it turned out to be something entirely surprising.

The trail of data led the engineers to determine that the radial vibration in the compressor — enough to shake the building — was caused by a spike in shaft speed. A second data trail revealed that higher temperatures in the intercooler were increasing the rate of shaft rotations. Most interestingly, the higher temperatures weren't caused by a sheared bolt, wear and tear, or any other mechanical flaw. As AI showed, they were caused by record-breaking temperatures then occurring outside the plant.

Why? The plant sits by the ocean and uses seawater to cool the compressor. When temperatures rise, the ocean water is warmer. So, when the mercury rose, the compressor stopped working. Modifications needed to be made to enable it to work in higher temperatures.

The engineers could have searched for a long time and not found the root cause. Left unchecked, the higher vibration and shaft speeds will strain the compressor’s bearings, shaft, and gearbox, potentially leading to a serious catastrophe in the future. If that occurred, the engineers would have rightly concluded that the problem was mechanical, but without knowing why.

This example illustrates the importance of multivariate analyses in combating variability and forestalling breakdowns. By taking advantage of the combination of both mechanical and process data in a multivariate model, the creeping degradation in machine performance was easily spotted. The system was able to pinpoint the root cause and make data-driven recommendations, enabling the control room operator to intervene before a serious failure occurred.

AI can take it all in

Manufacturing processes are unquestionably complicated. The reasons why a machine works at maximum capacity, slowly deteriorates, or breaks down rarely involve one information silo. It’s far more likely to entail a history of developments and cascade of events that even the most experienced plant managers could easily overlook. As manufacturers look to stay competitive, many are resolving to keep pace with industry 4.0 and leverage innovation like multivariant analyses, machine learning, and deep learning techniques to better support process optimization. A key aspect of this is the increase in system sensors, which have been built to measure every imaginable aspect of the operation — temperature, vibration, speed, duration, pressure, proximity, smoke, and humidity, for instance. But data isn’t enough. It takes AI to gather, analyze, match, and assess the data to produce meaningful and actionable insights.

Together, AI and wireless sensors can gather and investigate enough data over days, weeks, and months to accurately predict hard-to-detect gear wear, early bearing wear, and other critical faults well before they happen. They can make precise forecasts using multi-dimensional models that far exceed what engineers can do with univariate models. And as advances in computing technology, sophisticated AI, and machine learning provide more accurate results with consistent data, they also greatly reduce the burden on people to act as detectives. Instead, they can work on fixes and better set up operations to prevent further issues down the line.

Is getting on the industry 4.0 train worth the effort? A few statistics illustrate the cost of ignoring these innovations. Eighty-five percent of mechanical breakdowns happen despite preventive maintenance, according to a Boeing study. Traditional monitoring equipment fails to prevent 82% of equipment failures, the ARC Advisory Group found. Those failures cost around $20 billion a year.

On the other hand, when a recent metals manufacturing plant resolved to reduce 20% of unplanned outages — a critical area that was impacting production, productivity, and business — it discovered that adding AI and machine learning would see a six-fold return on their investment in the first year alone.

AI isn’t just about what can go wrong — it’s also about what can be done better. Using AI to understand one’s data can be an avenue to increasing efficiency and decreasing production variability, a big problem for manufacturers.

Variable or inconsistent manufacturing and plastics processing operations undercut reliability, increase costs, and degrade quality. Moving parts and chemical reactions related to the fabrication of the same product, for instance, shouldn’t vary from day to day. The problem is that it isn’t always that easy to tell whether a disruption has occurred or not. Tools like AI can see what people can’t perceive and keep small variations from manifesting as larger, costly failures.

Plastics processors aren’t exploiting around 98% of the data available to them about their operations. By using sensors, AI, physics, and embedded domain expertise, they can understand every aspect of their operations and processes. That’s the holistic picture they need to understand exactly how to make their companies run at peak performance.