Reshoring Continues to Trend, as Chinese Policies Put a Chill on Business Relations 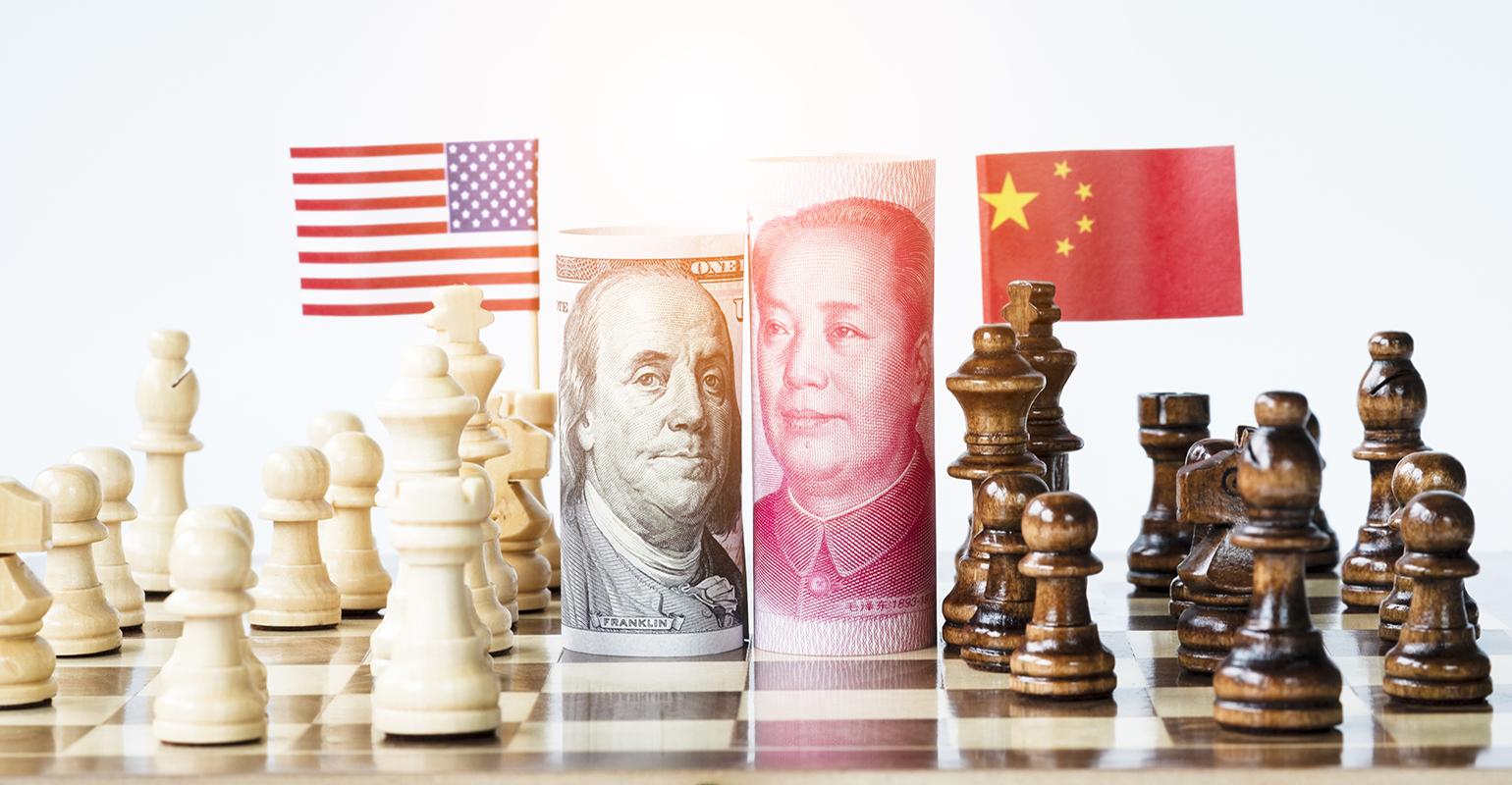 US reshoring is outpacing foreign-direct investment this year for the first time since 2014, according to the Reshoring Initiative.

Reshoring continues to be strong in 2020 despite the pandemic and because of it, said the Reshoring Initiative in its latest report. US reshoring is outpacing foreign-direct investment (FDI) this year for the first time since 2014, as COVID-caused uncertainty is leading companies to prioritize operations in their home countries. “The national demand to shorten and close supply-chain gaps for essential products to make the United States less vulnerable is most likely to benefit industries such as PPE, medical technology, and defense,” said the report. “Already, 60% of cases after March 2020 mention the pandemic as a factor in reshoring decisions.”

Job announcements for 2020 are projected to reach 110,000, which will bring the total since 2010 to more than one million by year’s end. In 2020, reshoring is exceeding FDI in job creation, and will continue to be key to manufacturing growth and to the US economic recovery in 2021 and beyond, said the report.

Of course, as we will recall, the whole offshoring movement began in earnest when China was admitted into the World Trade Organization (WTO) in 2000. That was also the year that the US Congress voted to grant China permanent normalized trade relations. The Alliance for American Manufacturing (AAM) reminded us of that recently in a blog on its website, “Report: Congress knew opening trade with China would hurt American workers.” Congress knew that granting China permanent normalized trade relations with the United States would savage the American manufacturing sector and, by association, millions of American workers, wrote the AAM. “They did it anyway.”

A new paper published by the National Bureau of Economic Research noted that US legislators appear to have had accurate information on the “China shock,” but did not place substantial weight on its adverse consequences. Reporter Lydia DePillis spelled it out in a tweet on Nov. 16: “Economists take on the question of whether members of Congress had enough to conclude that China’s entry into the [World Trade Organization] would be a body blow to US manufacturing when they authorized it in 2000. The answer: Yep, but they really didn’t care.”

Even Nancy Pelosi (D-CA) — someone with whom I don't agree on much of anything — hit the nail on the head in a press conference she gave 20 years ago, warning that the “burden” of China is now on Congress. Rep. Pelosi listed all the ways in which giving China “carte blanche” would not be a good thing for China or its citizens, warning that there will be more people in prisons and more weapons of mass destruction, and that the US trade deficit will continue to soar and the integrity and security of Taiwan will continue to be threatened.

What happens in China stays in China, including your manufacturing equipment.

Why did we allow this to happen in the first place? Primarily we didn’t know enough about Chinese culture, the way the Chinese think and plan. Michele Nash-Hoff, founder of the Made in America Movement and author of Rebuilding Manufacturing – the Key to American Prosperity and Can American Manufacturing be Saved? Why we should and how we can, pointed out in a recent blog that China is our enemy.

Referencing comments made by Brian T. Kennedy in Imprimis, a Hillsdale College publication, Nash-Hoff reminds us that “our relationship [with China] is based on two beliefs initiated during the Cold War: President Nixon’s strategic belief that China could serve as a counterweight to the Soviet Union, and that economic liberation would lead to political liberation, and China’s communist dictatorship would fade away. History has shown that these two beliefs were false and America’s China policy from the 1970s until recently was very costly because it involved a great deal of self-deception about the nature of the Chinese regime and the men who were running it.” Kennedy is President of the American Strategy Group, Chairman of the Committee for the Present Danger: China, and a board member and senior fellow of the Claremont Institute.

I recall hearing that by bringing China into the World Trade Organization (WTO) its people will see how good capitalism is and will forget all about communism. It sounded like wishful thinking to me. I’ve written many blogs about China — how it’s like a roach motel, you can get in but you can’t get out — with regard to setting up a manufacturing plant in that country. What happens in China stays in China, including your manufacturing processes and equipment. Because personal property is not permitted under the communist system, it is difficult for the Chinese people to fathom the idea of individual or corporate ownership. In China, everything is owned by the collective, the Chinese Communist Party (CCP).

Kennedy also brought home a blunt point, which Nash-Hoff included in her blog: “We are at risk of losing a war today because too few of us know that we are engaged with an enemy, the CCP that means to destroy us . . . if we do not wake up to the danger soon, we will find ourselves helpless.”

If anything, allowing China into the WTO and giving it Most Favored Nation (MFN) trading status has emboldened the CCP. I won’t go into all that China is doing to its own people: re-education camps, the destruction of houses of worship, and even allegations of organ harvesting from political enemies of the CCP.

Can anyone doubt Kennedy’s words after what we’ve experienced over the past two decades? Over five million good-paying manufacturing jobs were lost during the first decade after giving China MFN trading status. More have been lost since then. Thanks to people like Michele Nash-Hoff, Harry Moser at the Reshoring Initiative, and Rosemary Coates at the Reshoring Institute, and in no small part to the pandemic, companies are seeing the light when it comes to having a supply base that stretches halfway around the world, as companies and the jobs they provide are returning to North America.

Trade agreements are extremely important in today’s globalized economy, and President Trump grappled with the US/Chinese relationship like no other president before him. He knew the Chinese were eating our lunch and he aimed to put a stop to the trade imbalance that was hurting the United States. Tariffs are typically the first means for a country to protect its national interests, but tariffs are tricky.

For one, they don’t reduce the trade deficit. Writing on the opinion page of the Nov. 20 edition of the Wall Street Journal, Dartmouth College economics professor Douglas A. Irwin explained why tariffs didn’t help close the trade gap: “Not unexpectedly, other countries retaliated by imposing stiff tariffs on our exports. And when the administration placed tariffs on China, imports were simply diverted to Vietnam and other foreign suppliers without reshoring production.”

Irwin pointed out a second reason that tariffs don’t work: “They are paid by consumers, destroy jobs, and hurt the economy.” Sure, Trump vowed that China “would pay for the 15% to 25% duties that he imposed on $300 billion of its exports. In fact, the tariffs were passed on to American consumers, who paid more either directly for imported products or indirectly for imported intermediate inputs that increase production costs and end up raising prices,” said Irwin. He cites steel and aluminum tariffs as a case in point. The steel industry is “capital-intensive and doesn’t employ the tens of thousands of workers of yesteryear,” he writes, adding that “in fact, steel protection is a job-destroying policy. . . . Many more workers are employed in steel-using industries than in the steel industry itself. Higher steel prices penalized domestic producers of steel-intensive products, such as farm equipment and machinery, harming their competitive position in domestic and foreign markets.”

What will Biden do?

It remains to be seen what Biden will do. As reported by CNN last week, recent remarks from Biden suggest he will continue to take action against Beijing over its economic policies. But in an interview with NPR in August, he made it clear he believes tariffs were as bad for the United States as they were for China.

It has been estimated that the CCP holds upward of two million Uyghur Muslims in what look like concentration camps. Many of the inmates are being used as slave labor in factories, with some even making goods to export to foreign countries, including the United States. The Epoch Times, a right-wing media company affiliated with the Falun Gong religious movement, reported that a wealthy Chinese businessman was sentenced to 20 years in prison for sharing information about the violent history of the CCP on a messaging app. Recently, one of China’s biggest carmakers entered bankruptcy restructuring, shining a light on the fact that state-run companies are not a safe bet. It’s easy for US companies to forget that most Chinese companies are owned by the CCP. As explained in Nash-Hoff’s blog, “Once a business reaches a certain size, it will take on board a cadre of party members who serve as a direct liaison between the business and the government.”

The caveats that existed two decades ago have metastasized. Rather than softening its stance and becoming more liberal, China’s President Xi has instituted a crackdown that could fracture not just trade relations but China’s standing in the global community. That leaves us to ponder whether the price of taking US technology and equipment to China with the hopes of gaining a billion new consumers was really worth it. As many people have said many times, free trade must also be fair trade, and that has to be made clear to all of our foreign trading partners.

The Covid-19 pandemic, which epidemiologists are nearly 100% certain originated in China, has at least given US companies one more reason to make it in the USA and maintain a solid supply chain that doesn’t break every time someone halfway around the world sneezes. Harry Moser has dedicated much of his time and energy over the past decade to helping companies realize the advantages of making their products in the United States — and making them profitably — through the Reshoring Initiative.

“We publish data annually to show companies that their peers are successfully reshoring and that that they should re-evaluate their sourcing and siting decisions,” said Moser, founder and president of the Reshoring Initiative. “With five million manufacturing jobs still offshore, as measured by our $800 billion/year goods trade deficit, there is potential for much more growth. We call on the administration and Congress to enact policy changes to make the United States competitive again. Our Competitiveness Toolkit is available to help quantify the impact of policy alternatives, including a stronger skilled workforce, competitive corporate tax, regulatory structures, and lower US dollar.”

North American Manufacturing on the Rebound, but Headwinds Are Gathering
May 04, 2021