From STEM to STEAL 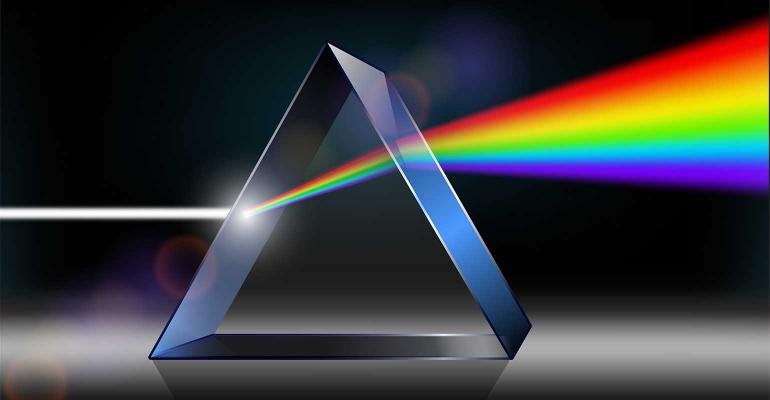 To build the “pyramid of knowledge,” STEM is inadequate. You also need “art” and “language.”

Since the appearance of desktops, tablets, and smartphones, everything has become technology. So, gadgets and widgets also are technology. In this text, technology is defined as the highest term, in the sense pioneered by Johann Beckmann. This German agronomist and chamberlain invented the name Technologie (technology) more than three centuries ago (1777). Its definition is given in an amended form: "Technology is the all-encompassing science of the entanglement of technics, society, and humanism."

The meaning of technology

The English language does not have a word that replicates the German word, Wissenschaft (all sciences). In English, science means the natural sciences, as Nobel laureate Roger Penrose emphasized, among other things.

Engineering is part of technics. Technics began as part of material culture some 3.4 million years ago, when the first artifact was made from an inanimate object, stone. The stonemason made the first stone cutter. According to Wikipedia, the term engineer probably dates to the time of Leonardo da Vinci and, thus, the development of engineering. This has been on the time scale since the beginning of technics relatively recently. Which came first: Technics or the socio-humanistic analysis of its consequences? The answer to that question means the following. First, there was the stonemason who made this cutter. Neither that individual nor anyone today cares how something is made or from what it is made. All that matters is whether to skin the animals (tools) or use them against the enemy (weapons). The globalization path of the first stone tools described here began in Lomekwa, Western Turkana in Kenya (~ 3.3 million years ago), followed by Gona, Ethiopia (~ 2.5 to 2.6 million years), and Olduvai in Tanzania (~ 1.6 million years).

Transitioning from STEM to STEAL

Supplements to STEM appeared rapidly, one of which is STEAM, where the letter A stands for art. Art is an ambiguous word in this case. One of the meanings is art. But Leonardo da Vinci said that art is a craft plus "that something." What is "that something"? It is the heart and soul of the artist. Everyone is able to make some shapes. But what separates the sculptor from the stonemason is just “that something.” It is what comes from inside the artist.

A kind of path to STEAL was the article, “What STEM means and why the acronym SSH is important” (I. Catic, VL, 2015). The acronym for this purpose means social science and humanities. It emphasizes that social-humanistic knowledge is also important for an educated person.

The Plastics Industry Associationin in its statement dated March 19, 2019, announced that it has joined a group of similar organizations promoting the complex abbreviation STEMM (science, technology, engineering, mathematics, and medicine).

The pyramid of knowledge

In 1987, the author became acquainted with the pyramid of knowledge advanced by the American philosopher of English descent, Frederic Turner. Noticing the lack of technics in the proposed pyramid, he spoke in 1990 in Dallas with Turner. The picture has been gradually perfected and is now being published as Turner-Čatić's perfected educational pyramid of knowledge. The STEAL concept is science, technology, engineering, art, and languages. Figure 2 shows the latest version.

The complete pyramid contains a division into sciences made by discoveries, D-sciences, and those based on inventions, I-sciences. For example, biology and archeology deal with discoveries, while biotechnology and (inanimate) technics are based on inventions. The first layer, languages, is fundamental to all the other layers. If you want to deepen your knowledge, you need to go down the "pyramid." Generalization requires climbing. The laws established in the first three layers — languages, physics, and chemistry — are invariant with respect to animate and inanimate. The middle layer is made up of general technics, which is an important difference from the original Turner pyramid.

A careful reading of the pyramid reveals that it lacks some important sciences — ecology, ethics, information and communication, and synthesiology, with systematic theory as the basis. These are actually interdisciplinary areas. Ecological considerations begin with product development. Ethical issues of practical interest are covered, now only partially. An integrative ethic has two fundamental components — bioethics and technoethics. Information and communication sciences are also needed by everyone, so they are an interdisciplinary field. Finally, if the abundance of information is to achieve the much-needed generalization into new knowledge and insights, it is necessary for everyone to know the basics of synthesiology, a science that is celebrating its first century of existence this year. In doing so, it should be noted on the basis of synthesis, a system theory, necessary for every modern individual, not just highly educated professionals.

If we look closely, all the knowledge necessary for the successful education of a modern individual prepared to confront new challenges is represented in the pyramid. This is the explanation for the acronym STEAL.

It has been found that in this abundance of information it is difficult to transfer terminology from language to language without understanding what it is about. In the first half of the second decade of the 21st century, STEM was just a fashionable acronym in the service of one country.

This article is based on a series of Croatian texts by the author, Professor Emeritus Igor Čatić of the University of Zagreb, Croatia, and the winner of the SPE International Education Award (1998). He is a Fellow of IOM3 GB (since 1978), SPE and VDI (Germany), and head of the first Chair for Polymer Processing in that part of Europe. Čatić has published 49 papers for ANTEC. The original idea for the pyramid of knowledge comes from Dr. Frederick Turner from 1987.

Talent Talk: The No-Win Outcome of the Vaccine Mandate on Businesses
Sep 27, 2021