Swiss-based chemical company Ineos has taken legal action against China Petroleum & Chemical Corp. (Sinopec), Asia's largest oil refiner, for the misuse of trade secrets in its acrylonitrile business. Acrylonitrile is used to manufacture a wide range of goods in plastics and carbon fiber. Ineos says that Sinopec has broken a long established technology agreement which, together with trade secret misuse by other Sinopec companies, has enabled development of a series of new acrylonitrile plants without Ineos agreement or consent.

Acrylonitrile is used to manufacture a wide range of goods in plastics and carbon fiber. Ineos says that Sinopec has broken a long established technology agreement which, together with trade secret misuse by other Sinopec companies, has enabled development of a series of new acrylonitrile plants without Ineos agreement or consent. 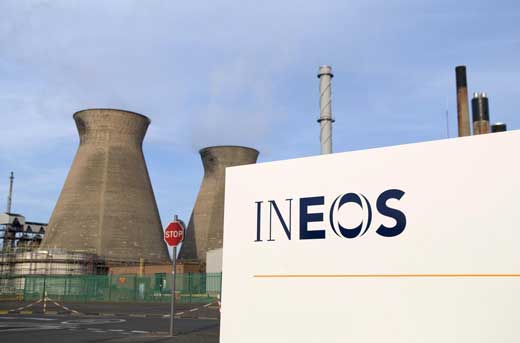 Ineos says that the prolific building of acrylonitrile copy plants in China will cause major harm to its acrylonitrile business, which generates up to $500 million per year of profit and has a replacement value of $3 billion. It supports around 5,000 direct and indirect jobs in the U.S. and Europe.

Ineos, which has "otherwise excellent relationships with Sinopec and with China, has no choice other than to protect its intellectual property," the company said. In fact, Ineos has plans to jointly build a phenol plant with Sinopec and an acrylonitrile plant with Tianjin Bohai.

Last year, a report released by the Commission on the Theft of American Intellectual Property claimed that China is responsible for up to 80% of U.S. IP property theft, which is estimated to cost the U.S. an estimated $300 billion per year in lost exports, which is comparable to the equivalent to the total value of U.S. exports to Asia.

In a statement emailed to Reuters, Sinopec denied violating intellectual property rights of Ineos after the Swiss-based chemicals company opened a case at a Beijing court.

"Sinopec has full proprietary intellectual property rights over such technology. There is no ground for the infringement alleged by Ineos," Sinopec said.

Ineos is pursuing parallel actions in the Beijing High Court and through arbitration in Sweden.

Jim Ratcliffe, Ineos Chairman, had strong words to say in his statement: "We have good and valuable relationships with Sinopec and other Chinese companies across our business. But in this case, we have to take action to protect the interests of our stakeholders. The fundamental value of a business like Ineos depends on its intellectual property which includes trade secrets and patents, covering technology, design and operations. Unless we protect our intellectual property, ultimately we will see the demise of Ineos."

Acrylonitrile is key building block for carbon fiber, which is used for a range of highly engineered products in the automotive, aerospace and defence industries. The new Boeing 787 Dreamliner relies on based carbon fiber for its construction. In addition, acrylonitrile is a key ingredient in ABS polymer, used in applications from children's toys and computer monitors.