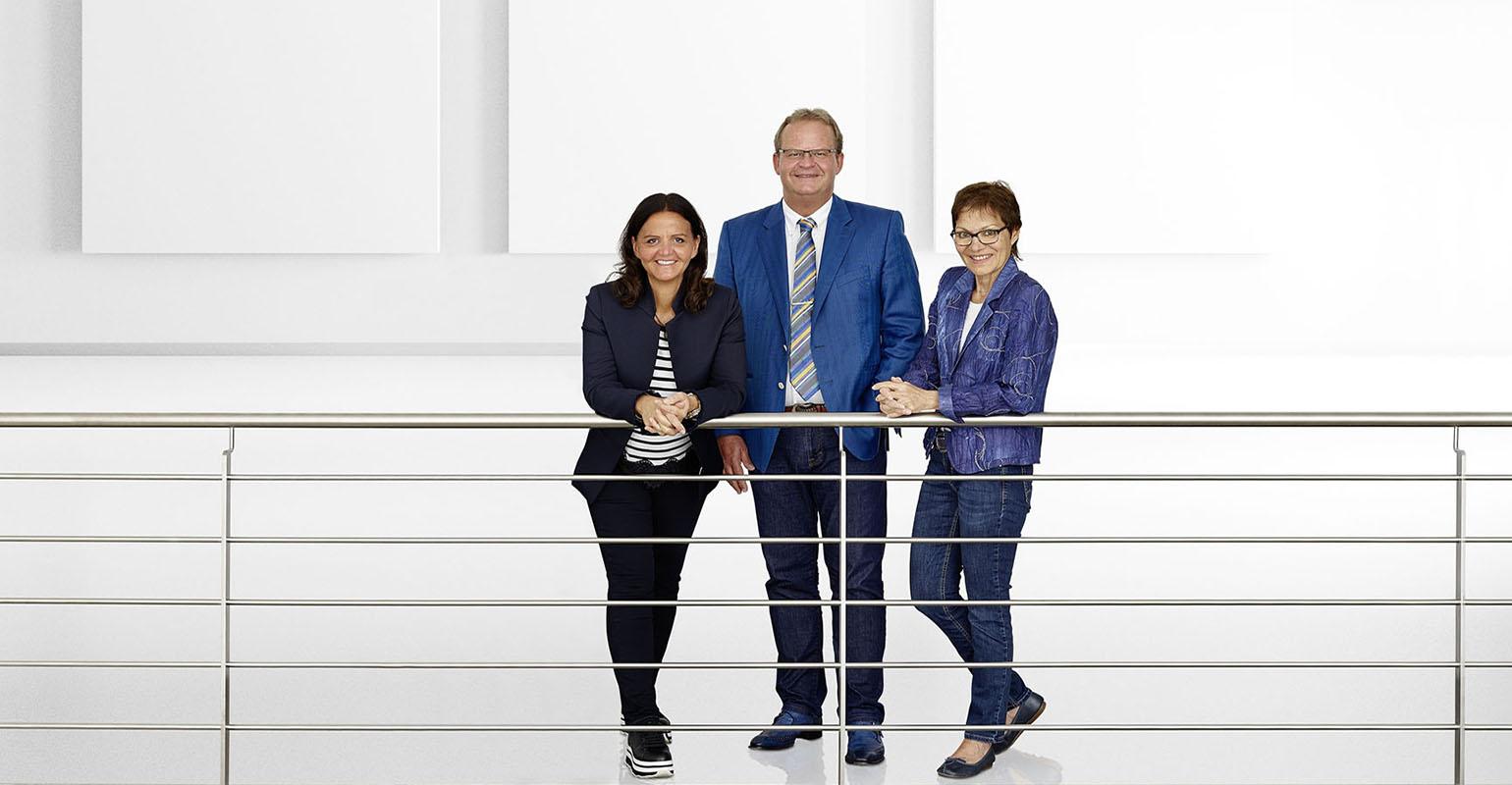 Arburg's Juliane Hehl (left), Michael Hehl, and Renate Keinath.
AMK has worked closely with the injection molding equipment maker for more than two decades and played a significant role in the success of the Arburg electric Allrounder machines.

The Hehl and Keinath families — the entrepreneurs at the helm of injection molding machine maker Arburg — have acquired longtime electric drive partner AMK Arnold Müller GmbH & Co. KG. AMK has worked closely with the injection molding equipment maker for more than two decades and played a significant role in the success of its electric Allrounder machines, said Arburg in the announcement. Based in Kirchheim/Teck, Germany, the AMK group has been operating under the new name of AMKmotion GmbH + Co KG since Jan.1, 2021.

Over the past five decades, AMK has evolved from an engine manufacturer into a system supplier, notes Arburg in a press release issued today. The group is divided into a Drives & Automation division, which previously belonged to AMK Arnold Müller GmbH & Co. KG, and an Automotive division, which manufactures items such as air suspension compressors, air suspension systems, and power steering drives. In 2016, the family-owned company was sold with its two divisions to Chinese investor Zhongding Holding Europe GmbH. For strategic reasons, the company recently sought to divest the Drives & Automation division, which Arburg saw as an opportunity.

"We are very confident about this important acquisition," commented Michael Hehl, Managing Partner and spokesman for the Arburg Management Board. "This underlines the importance of electric injection molding machines, whose share in our portfolio has been growing steadily for years and still has plenty of potential for the future."

Arburg said that the employees of the former AMK Drives & Automation division will be retained, and that it will maintain operations in the Kirchheim/Teck and Weida locations in Germany and Gabrovo in Bulgaria.

The two companies began their engine development partnership in 1994. A milestone was reached in 2001 with the launch of the electric Alldrive series; since then, Arburg’s Allrounder A machines have largely been equipped with AMK drive components. The acquisition will enable Arburg to refine the drive systems of its electric injection molding machines even more quickly and efficiently going forward, said the company.

Time-Saving Tools for Plastics Processors, and Other News from the Supply Chain
Jun 15, 2021