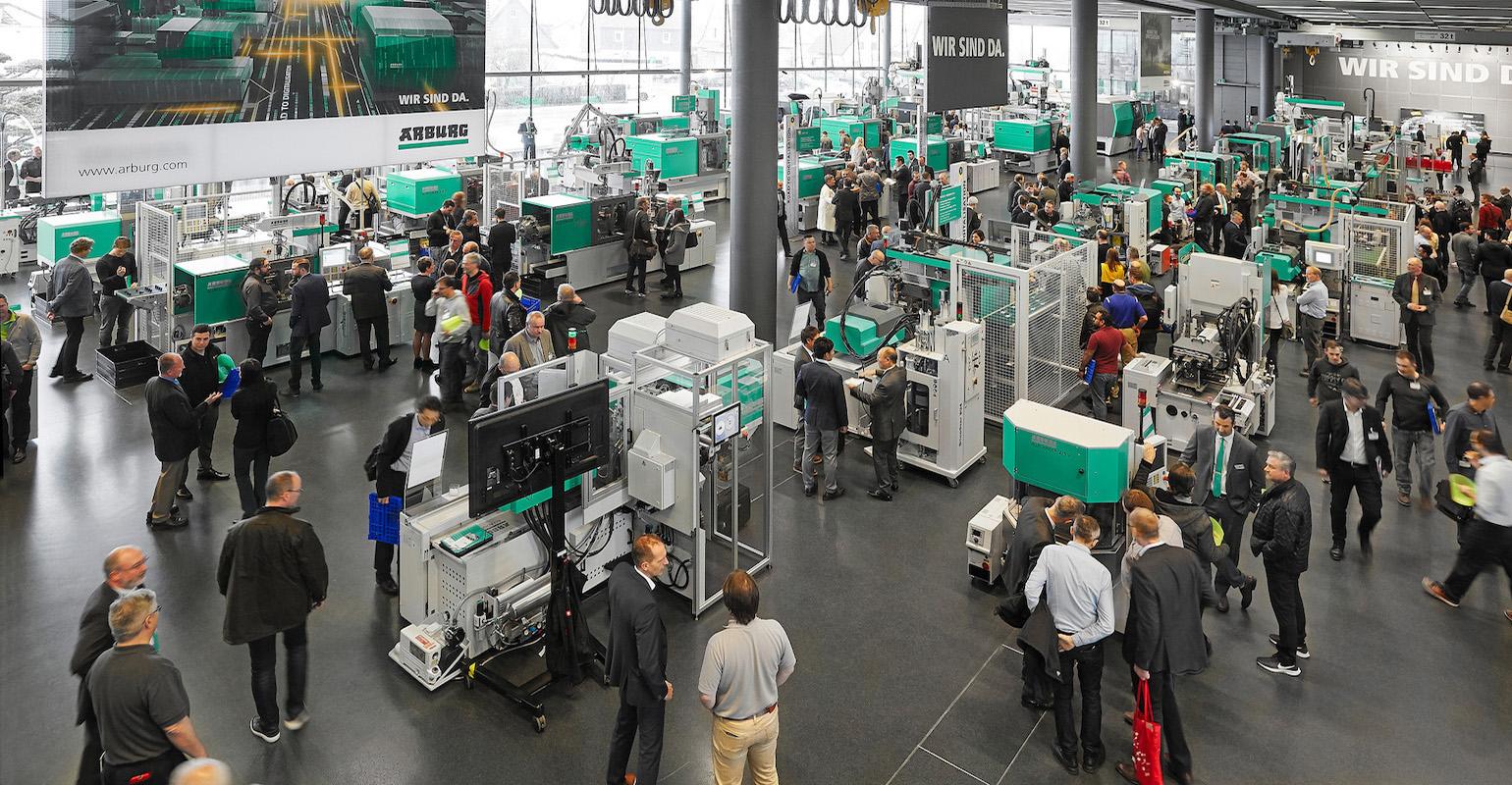 Canceled this year because of COVID-19, Arburg Technology Days will return to Lossburg, Germany, in the summer of 2021.

“Wir sind da” is Arburg’s slogan, but the company decidedly was not there for the annual Arburg Technology Days in 2020, which — COVID oblige — had to be canceled. The next rendezvous at the company’s massive facility in Germany now has been announced for June 9 to 12, 2021.

Established in 1999, Arburg Technology Days typically draws around 6,000 visitors, practically doubling the population of the village of Lossburg, nestled in the northern part of the Black Forest, where Arburg has its global headquarters. Arburg said in a press release announcing the dates for next year that it has no intention of abandoning this tradition nor the “concept of combining live technology with personal contact, which has proven successful for more than 20 years.”

The four-day event typically includes exhibits showing applications from a range of sectors and introductions of new technologies and products. Expert presentations and site tours are also part of the mix, as is networking with Arburg personnel and like-minded visitors from some 50 countries.

Arburg has scheduled the event for the summer of 2021, when the cold and flu season will have run its course and the pandemic, it’s hoped, will be under control. In 2022 and the years that follow, Arburg intends to move the event back to March, when it is traditionally held.