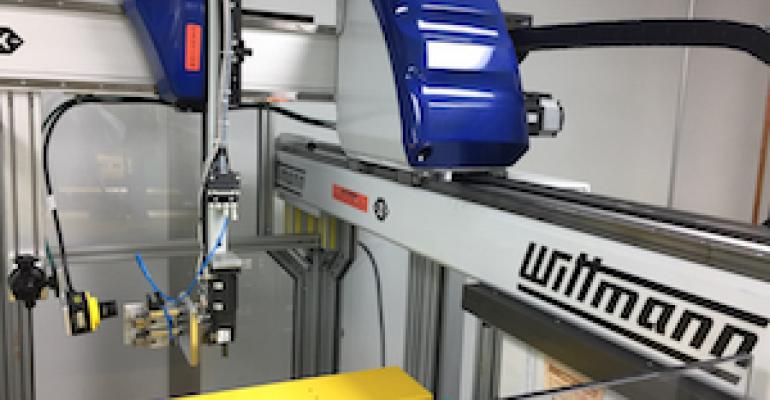 To meet high-mix, low-volume demand, RenyMed (Baldwin Park, CA) has learned to be flexible and adaptive, which means it also needs equipment that moves as quickly as it does. That’s where Wittmann Battenfeld (Torrington, CT) comes in.

RenyMed (Baldwin Park, CA) began its one-man operation in the mid-1980s using borrowed equipment in a rented space. Today the company molds medical parts for Fortune 100 medical device companies across the globe. It has more than 50 employees operating 17 injection molding machines in a 20,000-square-foot facility that includes a 4,000-square-foot cleanroom. How did RenyMed go from a side project for Steve Raiken to achieve this level of success? According to Raiken, CEO at RenyMed, “We have always been innovative. I think we are attracted to the jobs that other companies can’t or won’t do.”

RenyMed prides itself on its capabilities including fully integrated injection molding and mold design and build. Many of the jobs that come RenyMed’s way are ones that were attempted at other molding shops and failed. RenyMed succeeded due to the company’s expertise in advanced manufacturing. Combine that with its specialty in the medical market, which is oftentimes “high mix and low volume,” and the company has developed an ability to rapidly change parts in production. The need is to be flexible and adaptive, which means it also needs equipment that can move as quickly as it does. That’s where Wittmann Battenfeld (Torrington, CT) comes in.

“We first became aware of Wittmann Battenfeld at the K show [in Düsseldorf, Germany], where we saw an integration of one of its robots on a Battenfeld 40-ton machine,” said Raiken. “Our engineers were impressed, and had a vision of using the robots to improve not just our process but our employee safety. We went for it and have been using Battenfeld robots ever since.” 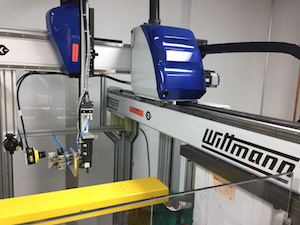 Another major reason for the purchase of Wittmann Battenfeld robots was that it simply made the most sense given RenyMed’s space and the application requirements. Being in California, real estate and labor are expensive resources. Because of this, RenyMed is acutely aware of space utilization. The company fit as much molding power as it could into its cleanrooms, and it wanted a robot that would accommodate a smaller footprint. Wittmann Battenfeld’s robots were the only ones that RenyMed tested with a low enough ceiling height to execute a full stroke inside the cleanroom. Wittmann Battenfeld also provided support from day one.

“Wittmann Battenfeld was very helpful with solutions when we presented problems,” said Raiken. “They modified the robot to better fit in the room. We told them what we needed and where it needed to reach and they trimmed the rack, positioning it to fit perfectly. Today it’s running 24/7.”

RenyMed also worked with Wittmann Battenfeld to integrate a vision system into the robots. After connecting with a camera supplier to get the right operating system, company personnel designed and built a custom end-of-arm tool for the robots to pick the part from the mold, take a photo when the robot has the part, allow the mold to close and then take two more photos on each end to inspect the part dimensionally and make sure it is fully compliant. This system has consistently performed as designed, with RenyMed molding over a half million shots without a single complaint.

“It’s been a real pleasure working with RenyMed to integrate its process to our robots,” said Jason Cornell, West Coast Regional Manager for Wittmann Battenfeld, who is based at the company’s West Coast Technical Center in Corona, CA. “When we can help our customers be more innovative by supporting their vision for how to use our robots, it gets exciting for us because not only can we test the limits of our own company’s impressive technology, but we can see firsthand the benefits for the customers who get to use it every day.”

The open architecture design of the Wittmann Battenfeld controllers, in particular, helped make this vision integration possible. “Wittmann was okay with us doing what we wanted to the robots, including adding the cameras, and they were helpful with integrating the changes we wanted to make,” said Raiken. “They gave us the ease of integrating the robot with the freedom to utilize it how we wanted. Boiling water with nuclear power is overkill—Wittmann Battenfeld gets that and it’s one of the reasons we’ve been able to work so well with them.”

The Wittmann Battenfeld robots allow RenyMed to inspect 100% of parts for quality, and also resulted in other benefits that come with automation such as repeatability and increased plant safety. This, plus the controls that allow for easy programming and adjustments, has helped RenyMed move even more quickly with each changing project and continue to be able to succeed at the “hard stuff” that keeps coming its way.

The company is exhibiting at PLASTEC West at booth 3955. The trade show, which runs from Feb. 7 to 9, 2017, in Anaheim, CA, is part of North America’s largest annual design and manufacturing event.