Caprio’s Back in the Injection Molding Arena 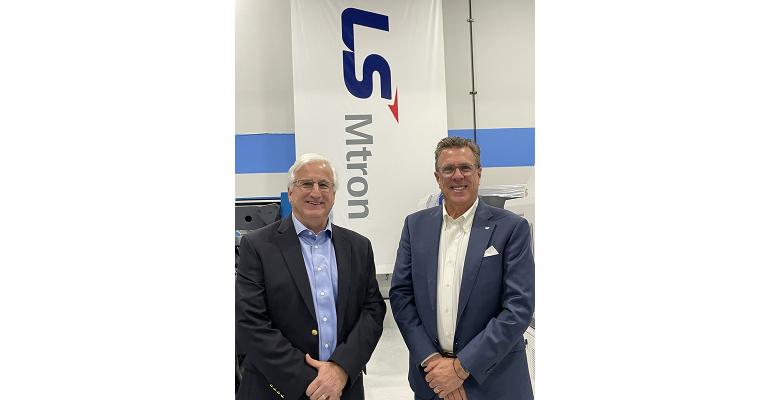 Paul Caprio (left) and Peter Gardner
Just when he thought he was out and headed for early retirement, Paul Caprio is pulled back into the injection molding business by old pal Peter Gardner, now President of LS Mtron USA.

After decades in the injection molding sector at Krauss-Maffei and more recently Engel, Caprio was eyeing an early retirement when his friend and colleague of many years, Peter Gardner, persuaded him to re-consider. Formerly the business unit director at LS IMM USA, Gardner was recently promoted to president of the company. Caprio is the “best person to lead our company’s sales to the level we want to achieve, and as quickly as possible,” said Gardner.

Gardner and Caprio first worked together in 1989 at Machinery Systems in Chicago as a distributor of Taiwan-based CLF IMM. Together they brought on additional brands of Asian molding machines to represent, including Niigata, Ube, and Shinwa Seiki.

Caprio went on to KraussMaffei, where he worked for 25 years and last held the position of president for North America. He then was president at Engel from January 2020 to February 2022.

For his part, Gardner went on to join Daiichi Jitsugyo America (DJA) Inc., importer of Niigata machinery to the United States, and was the VP in charge of North America for more than 25 years. Gardner brought the LS Mtron IMM business to North America through DJA and helped orchestrate LS Mtron’s buyout of DJA in 2021.

Gardner and Caprio have teamed up to grow the business and continue to build the customer base to justify the investment of a new IMM assembly plant.

“The North American market is seeing a resurgence in manufacturing and the market can take advantage of having a new high-end, quality supplier from the technological and manufacturing savvy country of South Korea,” said Caprio in a prepared statement. “LS Mtron is a full line supplier building thousands of machines per year and servicing all segments of the industry. “The plan to build a new injection molding machine plant in the United States was a real solid reason for me to come out of retirement,” added Caprio.

LS Mtron recently announced the formation of a new entity, LS IMM USA LLC, prompted by the company’s continued growth in the USA and North America. Until then, the company had been legally operating in the United States as a division of LS Tractor USA LLC.