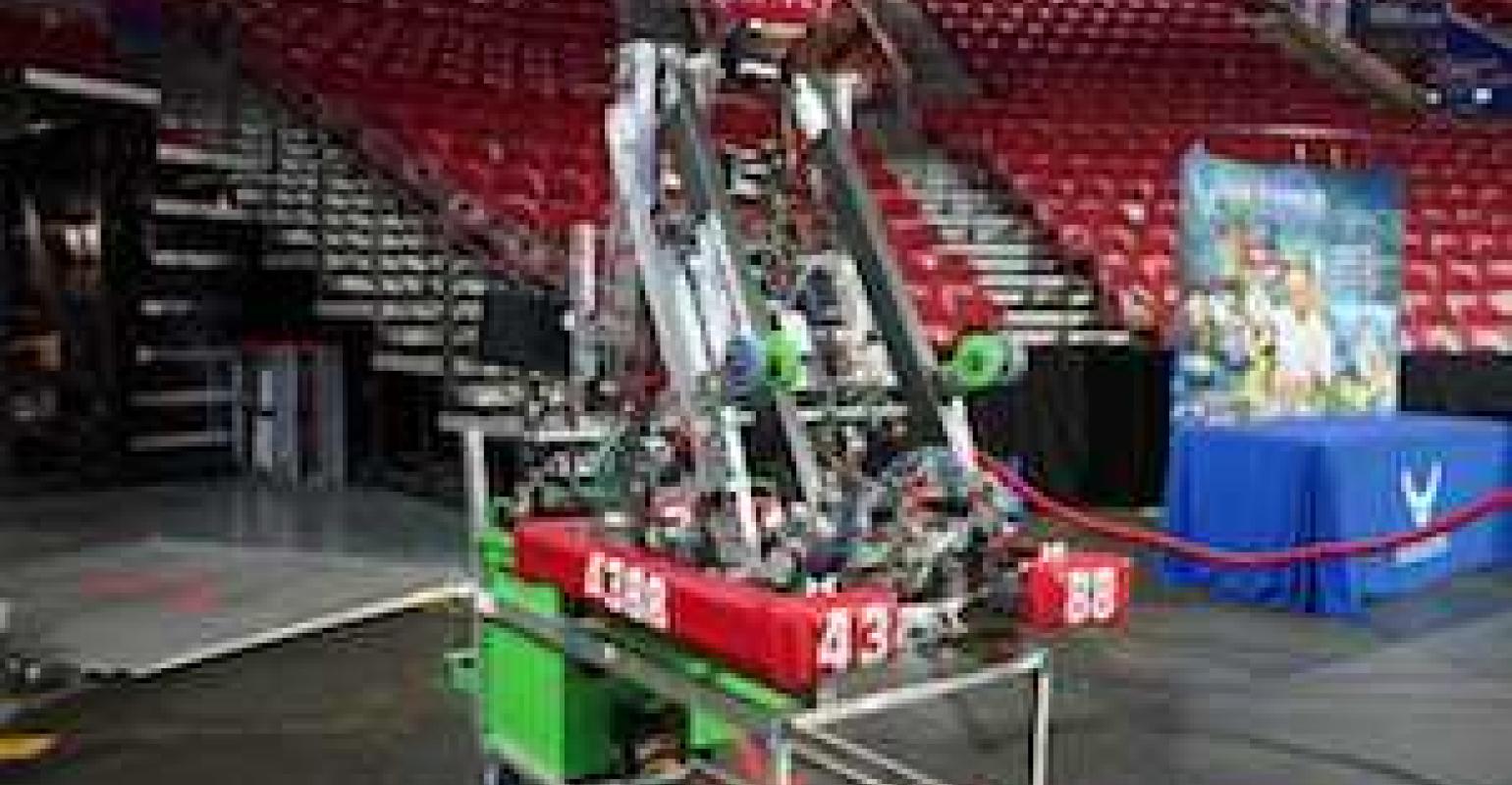 Technical volunteers from CBW Automation (Fort Collins, CO) work with the students, who compete in the nationally recognized For Inspiration and Recognition of Science and Technology (FIRST) robotics competition.

Reaching young people during their high school years has been deemed critical to promoting careers in the plastics industry and helping the industry fill the skills gap. CBW Automation (Fort Collins, CO), a designer and manufacturer of robots and automation solutions for the plastics industry, participates in a partnership with a local high school robotics team to help students learn what it takes to design and build a robot and learn about career opportunities.

Students from Fossil Ridge High School have worked closely with technical volunteers from CBW Automation for the last two years, competing in the nationally recognized For Inspiration and Recognition of Science and Technology (FIRST) robotics competition. CBW provided financial support and mentoring to guide and motivate students in science, technology, engineering and mathematics (STEM) career fields. FIRST was founded in 1989 to inspire and educate young people while building life skills through a mentor-based teaching system. The local team, named FIRST team 4388 Ridgebotics, was recently successful in two competitions, including an eighth-place finish in a regional competition in Utah.

“This is our way of giving back to the community,” said Shiloh Wood, a CBW Automation Project Engineer and lead volunteer.“ This program enables students to spend their time profitably and encourages and motivates them to pursue technical instruction and possible careers in a STEM-related field.”

The student-led endeavor consists not only of designing, building and programming a robot to complete a mission, but also learning and understanding business tasks such as fundraising, marketing and budgeting. In the fall season, student leaders train incoming students, and the team prepares for the upcoming competition by building a smaller practice robot to test new components and designs. In January, students are assigned the design parameters for the project and have six weeks to design and build a robot. Wood spends nearly every weekday night assisting the team, providing guidance, tips and advice on design principles and manufacturing techniques.

“These kids invest an enormous amount of time in this project, most times working until 9 PM each night,” said Wood. “They make a serious commitment to working together as a team to construct a robot that will fulfill the project demands.”

Students learn to use a Solidworks computer-aided design (CAD) program to create a 3D model of the robot and technical drawings of all the necessary parts. These drawings are then transferred to CBW Automation’s fabrication department, which machines the components, mostly aluminum extrusions, aluminum sheet and some plastic parts. CBW donates in excess of $10,000 in labor and materials. Students are responsible for programming and assembling the entire robot. This year’s robot weighed 115 lbs. and measured 28 in. wide by 32 in. long by 48 in. tall.

This year’s competition involved two different types of game pieces: Kick balls, which could vary slightly in size, and polycarbonate discs. Each match of the competition was played by two alliances of three teams where the goal was to place the most game pieces in various repositories around the field. The repositories varied in height, with some only a foot above the ground, while others were as tall as eight feet. At the end of the match, the robots could climb a platform to score additional points. These complex competitions provided great opportunities to the teams to push their design limits and strategies.

The robotics program has come full circle for CBW Automation, with one former Ridgebotics participant now working as an intern at the company. Hunger Pearson of Fort Collins, now a freshman at Colorado State University majoring in mechanical engineering, was a Ridgebotics team member for four years. He said the robotics program was the best experience of his high school year, playing a key role in his decision to become an engineer. The robotics program enabled him to overcome his initial shyness and develop team-building skills and a range of technical knowledge.

“What we accomplished in the Ridgebotics program definitely gave me an edge when I went on to college,” said Pearson. “It was an invaluable experience that gave me a solid foundation.”