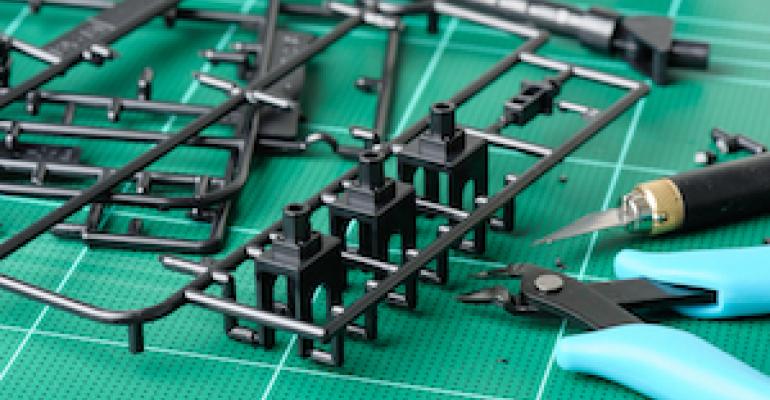 Injection molders generally assume that the colder you run the mold coolant temperature, the faster the part will cool, and, thus, shorten the cycle time. But we need to ask ourselves: How low can you go with water temperature before it has a negative effect on part quality and cycle time? 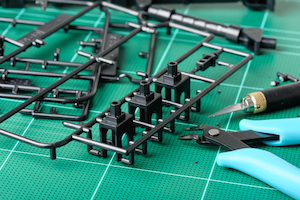 How many times have you heard someone say that the water temperature was turned down on the mold to run a faster cycle? The general assumption is that the colder you run the mold coolant temperature, the faster the part will cool, shortening the cycle time. After all, time is money, so the faster you can produce good quality parts, the more profitable your company will be.

But we need to ask ourselves: How low can you go with water temperature before it has a negative effect on part quality and cycle time? For years, I have heard that lowering coolant temperature is only effective to 50°F. I have been taught this rule throughout my many years of molding, but I never saw any data to actually back up this theory.

I recently found myself at a customer facility, and they were discussing a project that needed to reach a cycle time of 18 seconds on an eight-cavity PVC part. They informed me they were currently running a 22-second cycle with a water temperature of 50°F and were planning on sampling the mold with a water temperature of 32°F so they could lower the cycle time. I informed them of the theory that cooling was only effective to 50°F. The first question they asked me was: Do you have any data to back up the theory? Since I did not have any data, we decided to complete some testing to see if this theory was valid or if we could actually make cooler parts with coolant temperature below 50°F.

The first step we took was to select two molds that run in different machines to give us multiple processes from which to collect data. We started up the machines and observed their standard processes. While observing the processes, I learned that they remove the parts from the mold and then put them in a water tank to further cool the parts before they trim the cold sprue. If they cut the cold sprue off when the part is fresh out of the mold, there would be gate discharge, because the center of the part was still molten. This is when we decided to cut the sprue fresh out of the mold and use a pyrometer with a thin probe to check the internal part temperature. We found that the internal temperature for part A was 195°F and part B was 285°F. We then used this data to compare part temperatures from the other experiments we ran.

The importance of turbulent flow

I started looking at other production processes to observe the coolant going to each of the molds and found they had not checked for turbulent flow in either of these processes. For efficient cooling, it is important to have turbulent flow instead of laminar flow. In order to check for turbulent flow, you will need to use a flowmeter and the calculation listed in Figure 1 to determine the Reynolds number (RN). You will also need to look in the chart in Figure 2 to find the kinematic viscosity (KV) of the fluid you are using in your coolant system. A Reynolds number greater than 5,000 tells you that you have turbulent flow, whereas a Reynolds number below 5,000 tells you that you have laminar flow.

Once we determined we had turbulent flow using just water for coolant, we started up the machine to run parts. Once the machine was up and running, we verified that the only change we made to the process was changing out the 50/50 water to ethylene glycol mix to just water. We allowed the machine to run for a period of time so that everything would reach thermal equilibrium. We collected parts and used the same procedure to collect part-temperature data. We found that the temperature on part A went from 195° to 185°F and part B went from 285° to 277°F. Although this was not a drastic change in part temperature, it was data showing that turbulent flow has better cooling than laminar flow.

Switching from a chiller to thermolator to raise mold temperature

With the colder water, we found that the outer layers of the part were cooling rapidly and acting as an insulator, which prevented the core temperature of the part from cooling efficiently. Running the warmer mold temperature allowed the outer layers to stay warmer longer and for more of the heat to escape from the center core of the part. This, in turn, allowed the overall temperature of the part to lower significantly while maintaining the same cycle time on both of these processes. We took what we learned and applied it to the original process that needed the cycle-time improvement, and we were able to run faster than their desired cycle time by adjusting the water temperature to 100°F.

So, the next time you are looking at running cooler parts and shorter cycle times, don’t always assume a colder mold will get you the intended results. I suggest running some samples and collecting part temperatures at different water temperatures to make sure the direction you are going with your coolant temperature is producing the results you want.

Jim Clifford has been an RJG certified trainer since 2012. He brings more than 24 years of experience in the plastics industry. Clifford’s core competencies are process development, troubleshooting, leadership and continuous process improvement practices. He’s had experience with launching new tools, troubleshooting existing tools and performing safe and efficient quick mold changes. As an RJG Consultant/Trainer, Clifford’s responsibilities include teaching courses and workshops that include, Injection Molding Essentials, Math for Molders, Systematic Molding, Decoupled Molding, and Maintenance.

RJG Inc. is a recognized international leader in injection molding training, technology and resources. Its technology revolutionized the industry by providing standardized parts processing and advanced diagnostic tools to injection molders. In addition, RJG provides both general interest and specialized training for all levels of injection molding professionals across the globe.