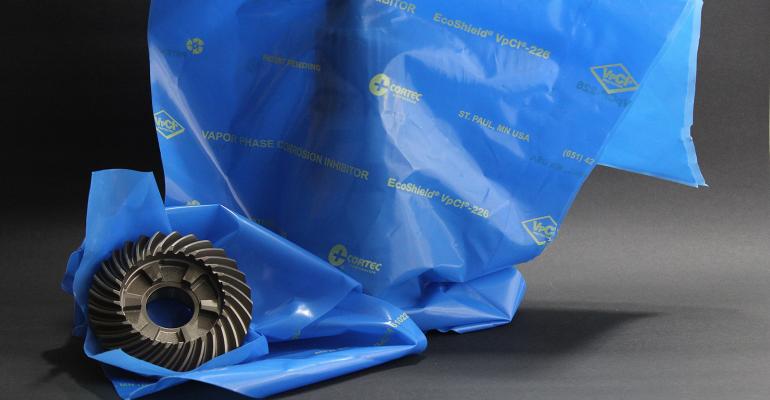 Cortec has been awarded a patent for its newest film technology, EcoShield VpCI-226, a nitrite-free film that protects metals from corrosion. It follows a significant number of other patents that Cortec has received over the years related to vapor corrosion inhibitor (VCI) film technology, including VCI films with recycled content and fire-retardant and biodegradable VCI films.

EcoShieldVpCI-226 film and bags are available in different sizes and constructions, from small, top-seal bags that protect nuts and bolts to 30-foot-wide sheeting for storing large industrial equipment. They are non-hazardous and recyclable, and can be manufactured using an array of the most advanced resins. Custom blends are available to provide the exact properties needed, such as puncture resistance or tear strength. EcoShieldVpCI-226 film and bags replace conventional rust preventatives such as oil and desiccants, saving time and hassle by eliminating degreasing and coating removal, said Cortec.