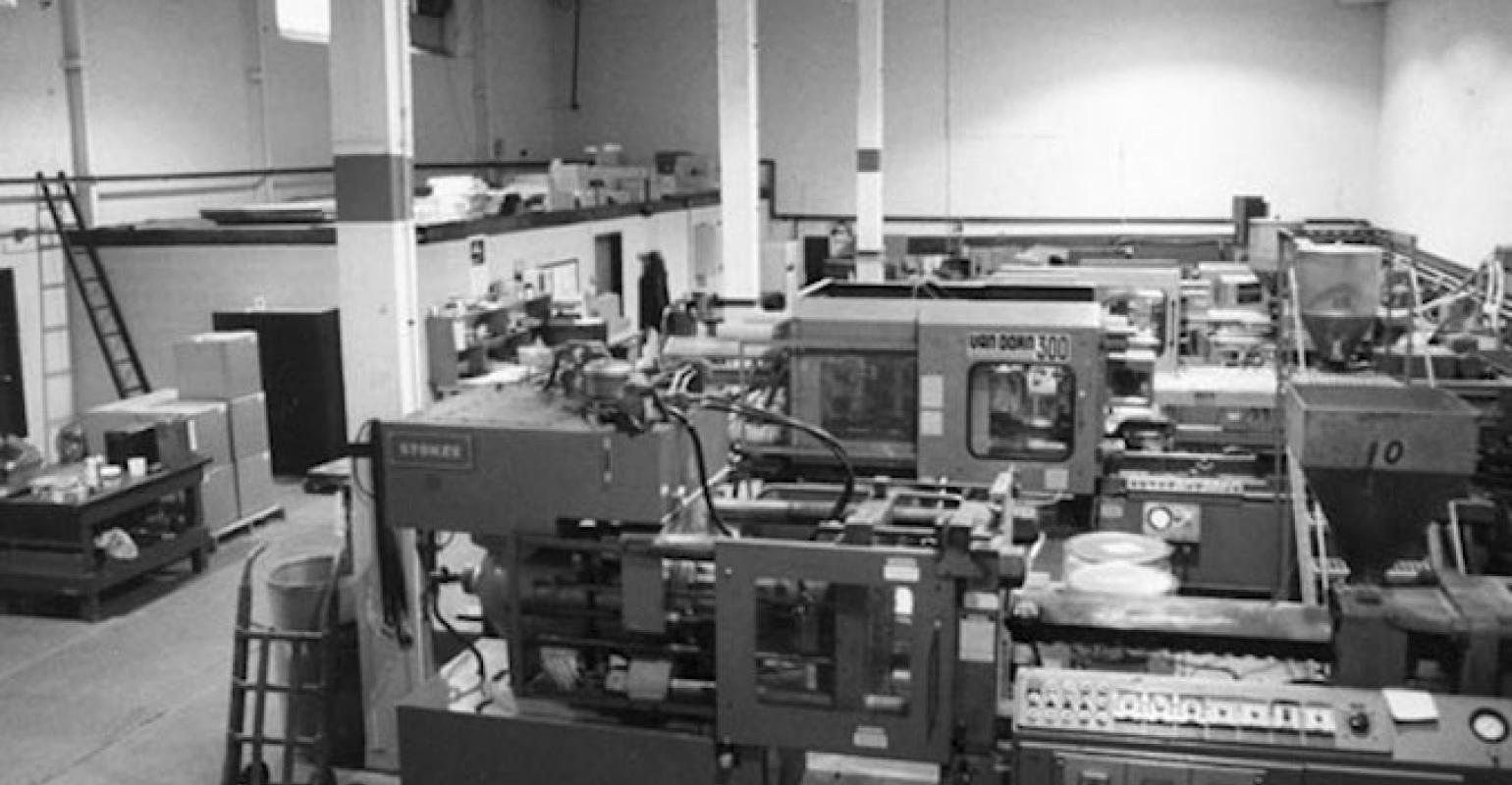 It is said that we can't know where we're going in our future until we understand where we've been in our past. History creates our present and our future, and that's certainly been true for John Currier, president of Currier Plastics Inc., a custom processor with injection and extrusion and stretch blowmolding capabilities.

Currier Plastics was founded in 1982 by John's father Ray Currier, who'd spend most of his career working as a mold/part designer and engineer for another plastics company in the Auburn, NY, area, Auburn Plastics. That company has a rich history dating back to 1876 when it began making shellac buttons, then evolved into Bakelite and finally into thermoplastics. John Currier's grandfather also worked for Auburn Plastics as a toolmaker. "He worked on the Kodak Brownie camera project," stated John Currier with just a hint of pride in his voice.

Auburn Plastics eventually went out of business, and that's when Ray Currier decided to start his own molding business in a 4,000 sq-ft abandoned warehouse. He had two used presses - a 110-ton Engel and a 300-ton Van Dorn.

"He was able to secure some customers from Auburn Plastics that he'd worked with there," John Currier said. "It was just my dad and two other employees from Auburn Plastics. I was in college at the time, getting my MBA when I got a call from my brother asking if I had money any left over from my student loan to help out the young startup - Currier Plastics. I was getting tired of school and decided that maybe a family business opportunity would be good. My brother said, 'Now you're part owner of an injection molding company.'"

John Currier was employee number five. "We did what most startups do - we clawed and scratched for business and took any type of work we could get," Currier told PlasticsToday. "Dad, being an engineer, gave us an edge in part design and mold design, but we struggled for a good 10 years just trying to make payroll, sometimes using a credit card to do that. That history certainly puts things in perspective."

As Currier Plastics grew its business, the company added molding machines as new work demanded. By the 1990s, the Curriers had to sit down and take a hard look at where the industry - and Currier Plastics - was going. "Things were changing, and it became evident that it would never again be business as usual. Manufacturing was declining in the U.S. combined with the offshore threat and growth. We had to find a niche, something to differentiate Currier Plastics from the others." 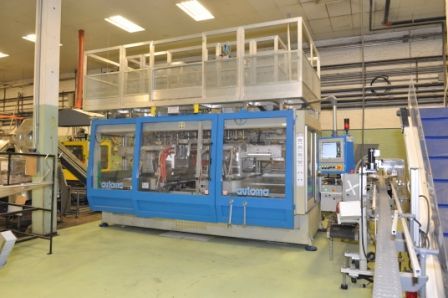 services: design engineering, mold development, injection molding and blowmolding. "This diverse range of services that combined these two major processes - especially for a company of our size - offered us a real competitive advantage," Currier said. "Some of the big guys offer more than one process, but they're billion dollar molders and often you can't get the type of service that you can get from a fast, flexible company such as Currier."

Today about 60 percent of Currier's customers qualify as "super customers" and range from companies in the electronics and electrical, caps and closures and packaging (bottles and containers for beauty and cosmetics products), and medical industries. Currier offers high-volume, multi-cavity injection molds with hot runner systems, which Currier said is the "company's forte" that are built through custom moldmakers.

Currier's EBM capabilities include PE, PP and some PVC materials. "We had choices about the materials we would offer and decided to expand into PET, something that was obvious to our marketing team," Currier said. "There are not many PET machines made in the U.S., so we went to the K Show a number of years back and did our investigating. Aoki machines were the best fit for us."

About five years ago, Currier brought in the company's first injection stretch blow machine, and now Currier has the capability to currently process PET with growth opportunities to process PC and co-polyester for ultra-thick wall molding. "This broader offering opened a lot of doors for us in the way of new business," Currier stated. "We're not into the high volume consumer packaging business such soda and water bottles. Everything we do is custom. We do no stock containers or closures however, that's something we're looking into for our future. Some customers are reluctant to invest in the tooling for the injection stretch molds so we're looking into getting into the stock arena."

About three years ago, Currier said they saw the facility was "pretty full" in both injection molding and blowmolding, 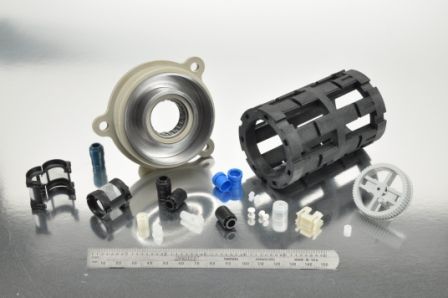 "We've never been shy about buying equipment, but building a facility was a different matter," Currier said. "We got serious two years ago, contacting both local and state officials and told them our plans. A lot of decisions had to be made. We were not sure whether we could expand on this site or whether we'd have to buy property next to ours and whether that was even possible.

"We looked at other counties in the state and I constantly am receiving solicitations from other states to 'Come see South Carolina.' We visited several states, and honestly it opened our eyes how aggressive other states can be offering free land, free buildings, tax breaks, etc. It's a very competitive environment for economic development. We put a package together with $21 million in facilities and equipment total, which was interesting to several locations."

However, Currier Plastics ultimately stayed true to its roots and remained in Auburn, NY, and with assistance from state and local loans, grants, training grants and other incentives, Currier began its $21 million expansion, on which the company broke ground more than two years ago, was completed in 2013. Currier expects to add 50 jobs over the next few years. "We wouldn't have expanded to the extent we did without this help," Currier said. "Because of the competitive environment, all this has become an economic reality for us. If you're going to grow, you have to do it."

It also added a BYK Gardner Spectrophotometer, which checks colors of bottles and closures and also measures opacity. The spectrophotometer was purchased as a proactive step to help define color batches, measurements that are critical to Currier's customers because both color and opacity influence the product appearance and market appeal of colored components and its relationship with fill product.

The future focus will be on adding more automation in both the blow and injection molding areas to continue to improve the company's competitive edge. "We're very competitive with Mexico and China - almost any location in the world that considers itself a low-cost country. Just based strictly machine rates we're very competitive," he said. "But we recognize that we lose some of that advantage if a job requires labor. If we can reduce labor content through automation, we'll be more competitive."

Currier's expansions also gave it the opportunity to reshore some products with its customers who prefer to source in the U.S. to lower their shipping costs. "If there are issues with a product, a domestic supplier like us can respond quickly," Currier said.

"Our growth has been all organic and most of our customers we've had for quite a long time. The challenge is to find the new customers," Currier said. "Our goal is to understand their products better than they do. We have a very low turnover so it's not unusual that my team at Currier knows as much about the customers products as they do."

This "very intimate" kind of relationship that Currier has developed with its customers translates into shorter time-to-market and better quality because of the fact that all the critical information that leads to a good final product is communicated exceptionally well. "That intimacy allows lead times to be shortened without losing the quality," Currier said.

Currier's expansive growth across processes also requires the company to focus on its workforce and to provide excellent training programs. Through a Lean Manufacturing Training Grant awarded to Currier by New York State Department of Labor, the company is focusing on key areas for improvement. With the money Currier received, the company's employees receive both classroom and hands-on training to build upon their technical processing and statistical process 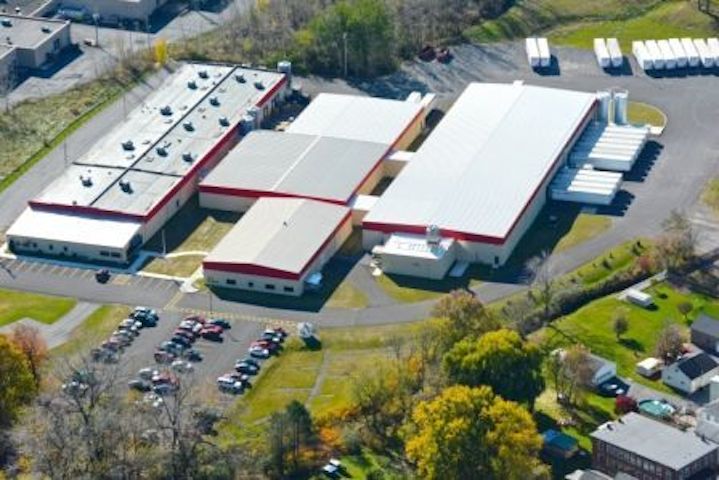 "I have a fantastic staff," Currier said. "They understand our mission and understand that our job is to give the customer what they're looking for in a time-sensitive manner."

As Currier reflected on the growth of the family-owned business over the past 30+ years, he had a few thoughts on the future. "The growing process made us a better company. Living through the lean times you learn a lot that only experience can teach you. We're still not done growing."

Simply the Best of In-Mold Labeling and Decorating and In-Mold Electronics
Jul 23, 2021