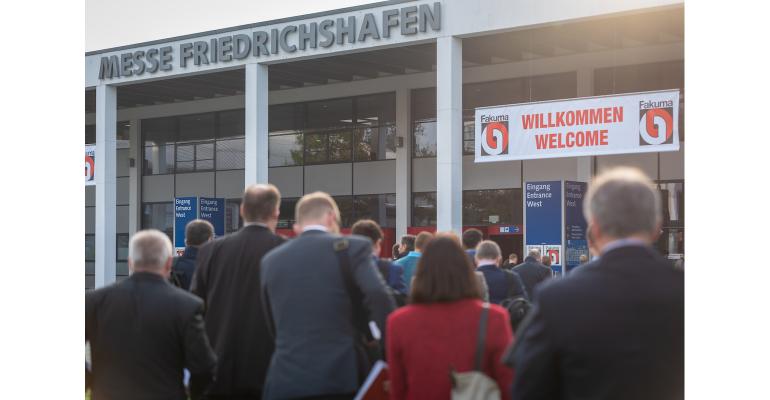 The international trade fair for plastics processing will return to Friedrichshafen, Germany, on Oct. 12 to 16, 2021.

It seemed more and more like an inevitability, as major exhibitors announced during the past few weeks that they would not participate in the “usual manner,” and now it’s official: Fakuma 2020 has been canceled. The much-anticipated event that happens each year in Friedrichshafen, Germany, except when the K show barrels into Düsseldorf every three years, will go on hiatus until October 2021, show organizer P. E. Schall GmbH & Co. KG announced today.

“Together with all involved parties, we struggled for a long time to amend the general conditions demanded by the corona pandemic in such a way that Fakuma 2020 could have been promoted successfully,” said Bettina Schall, Managing Director of P. E. Schall, in a press release posted on the Fakuma website. “A hygiene and security concept was developed for safe trade fair promotion to this end. We fulfilled all of the prerequisites. However, in cooperation with the exhibitor advisory board, we’ve now decided to postpone Fakuma 2020 to October 2021.”

Schall stressed that the decision to postpone the event is rooted in “rational thinking and a sense of responsibility,” citing uncertainty about travel restrictions, among other concerns. The current situation has made it necessary to “look at the year 2021 with pragmatism and confidence,” she added.

Fakuma holds a special place on the trade show calendar for many plastics professionals and the media, such as PlasticsToday, that cover the industry. The show is large enough to warrant international travel but it has an air of conviviality that eludes the K and NPE behemoths. Finding appropriate accommodations can be a struggle — one year I found myself in dingy walkup about 80 kilometers from the show site — but with persistence and some luck you can find a wonderful, reasonably priced hotel in the countryside that you look forward returning to year after year. I did, and no, I’m not telling you the name. I want my room to be there in 2021.