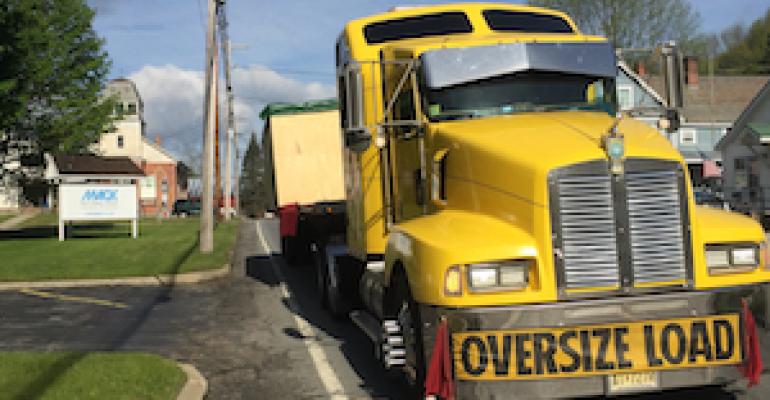 “Approximately 15 percent larger than any press we have had in the company’s northern operations, we believe it is the largest press in New England,” said Mack President Jeff Somple.

Mack Molding, a multi-facility custom injection molder, recently added a 2,360-ton Haitian press to its Cavendish, VT, facility. The new press has a shot size of 238 oz and can accommodate 40,000-lb molds, the largest ever for Mack North. The new press was delivered and assembled last month and is now up and running.

“While our southern division has long been lauded for its capabilities in large-part molding, our new Cavendish press represents expanded ground for the northern team,” said Mack President Jeff Somple. “Approximately 15 percent larger than any press we have had in the company’s northern operations, we believe it is the largest press in New England.”

In addition to the press, Mack has also upgraded to a crane system at the Cavendish plant, along with a robot to handle part removal. With more than $1 million invested in the project, Somple said it is not just a testament to Mack’s customers, but to the quality of the company’s workforce.

“Mack has entered a renewed period of growth,” he said. “The company’s focus on quality and total customer satisfaction has led our customers to reward us by entrusting their products to our team’s capable hands. We are meeting that challenge by ensuring we have the capacity to meet their needs today and well into the future.”