The manufacturing revolution will be digitalized 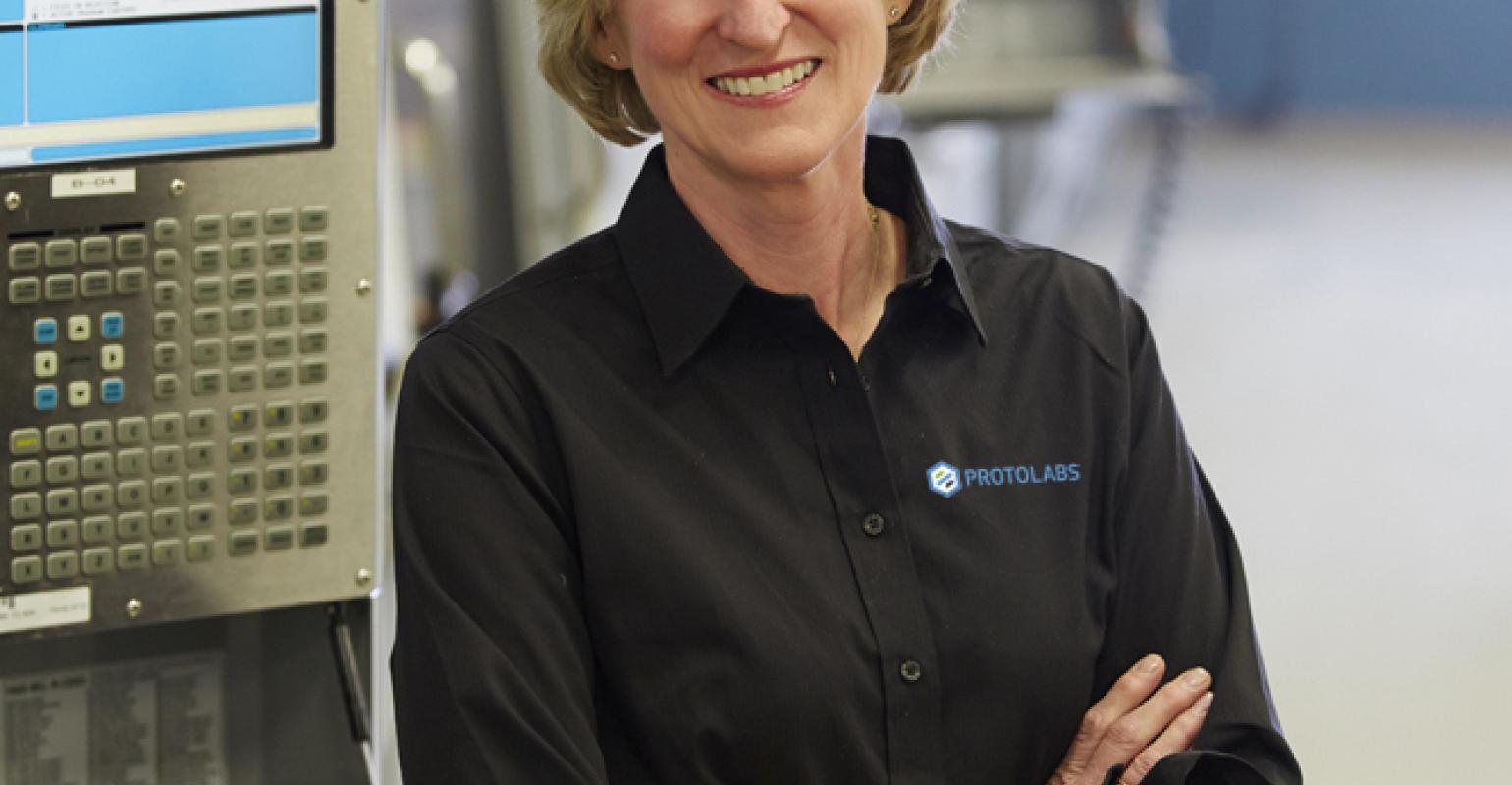 Digitalizing manufacturing accelerates development cycles and prototyping and enables companies to move quickly into production, ultimately helping them to meet the needs of today’s consumers, according to Vicki Holt, President and CEO of Protolabs (Maple Plain, MN).

Keeping the customer satisfied is the prime directive of any business (with the possible exception of cable companies). The thing is, customer demand is not static—it is in constant evolution—and that requires companies to be nimble, adaptive and creative. The key to surviving in today’s economy, where end users expect what they want when they want it, is digital manufacturing, according to Vicki Holt, President and CEO of Protolabs (Maple Plain, MN). "Digitalizing manufacturing allows for accelerated development cycles, greater access to prototype parts and the ability to move quickly from prototyping to production—ultimately, helping companies meet the needs of today’s consumers," Holt told PlasticsToday.

At this point, some of you may be wondering what exactly is meant by digitalization. Although the term is often used interchangeably with digitization, they don’t mean the same thing.

“Digitization essentially refers to taking analog information and encoding it into zeroes and ones so that computers can store, process, and transmit such information,” writes Jason Bloomberg on Forbes.com. Citing the information technology glossary published by business consultancy Gartner, Bloomberg notes that "digitization is the process of changing from analog to digital form—a definition few would disagree with.” It’s important to remember that you are digitizing information, not business or manufacturing related processes, he adds, and “that’s where digitalization comes in. Digitalization is the use of digital technologies to change a business model and provide new revenue and value-producing opportunities. It is the process of moving to a digital business.” That dovetails with Holt’s viewpoint.

“Manufacturing companies need to understand where technical tools, such as automation, the internet of things connectivity, e-commerce and machine learning can bring value to their business,” said Holt. “Digital manufacturing with these types of tools opens the door to new business models that can bring customers value in novel ways.”

Protolabs was founded by entrepreneur and self-described computer geek Larry Lukis in 1999. His ambition was to automate the traditional manufacturing process via software that communicates with a network of mills and presses to dramatically reduce the time it takes to produce plastic and metal parts. The company has expanded at a rapid clip, adding quick-turn CNC machining to its injection molding capabilities, launching industrial-grade 3D printing services in 2014 and adding sheet metal capabilities in 2017. As it celebrates its 20th anniversary this year, Protolabs says it is the world’s fastest manufacturer of custom prototypes and on-demand production parts with a manufacturing footprint in five countries.

Since getting her start in manufacturing in 1979, Holt said that she has been an eyewitness to the transformation of industry and is “keenly aware of the central role information technology now plays. This new approach to product development, powered by IT innovation, is only just getting started,” she added. “Demand for digitally enabled rapid prototyping services is expected to explode over the next decade, but this expected growth will only be realized through the continued convergence between the worlds of hardware and software, and we’re excited to lead the industry to that future,” said Holt.

Protolabs is exhibiting this week at PLASTEC East, one of six co-located shows focused on innovations in plastics processing, medical technology, packaging, automation and more, at the Jacob K. Javits Convention Center in New York. The event runs from June 11 to 13.

Several conference sessions will be devoted to advanced manufacturing, exploring such topics as the use of augmented reality and artificial intelligence on the shop floor and the promise of mass customization. And don’t forget to visit Protolabs at booth 415 and join the company in celebrating its 20th anniversary.