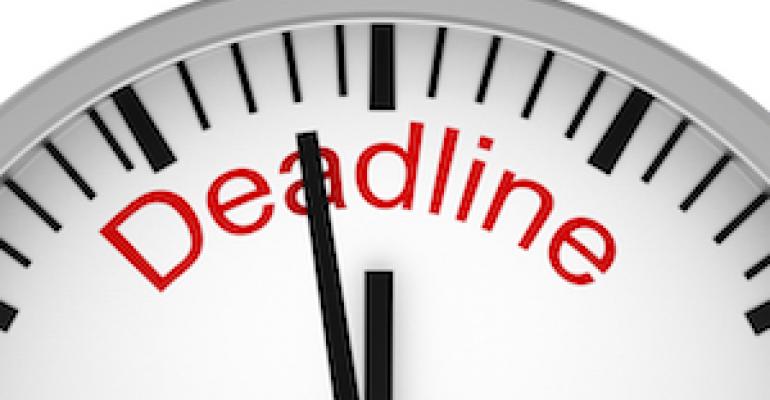 Appointed engineering manager of a fast-track project, Bill Tobin streamlined operations, set forth expectations for the design and tooling teams and vetted vendors. Everything was in place to meet deadlines. What could possibly go wrong?

Appointed engineering manager of a fast-track project, Bill Tobin streamlined operations, set forth expectations for the design and tooling teams and vetted vendors. Everything was in place to meet deadlines. What could possibly go wrong? If you have not yet read part one of this epic journey, start here. 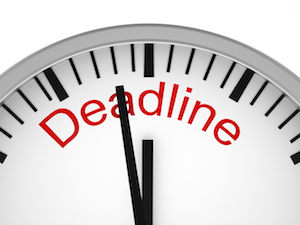 As expected, the vendors didn't truly understand the progress-reporting thing. It was nothing more than an electronic version of a manual system developed for defense contractors during WW II. They were also having trouble e-mailing videos and pictures. I told them to bring in an employee's 14 year old to show them how. By the second week, probably with help from a few teenage hackers, we were up and running.

The part designs were finished and hung on the walls for all seven molded parts. The crew red penned them until they looked like the first draft of a fifth grader's book report. We did an all-hands video meeting, and the designers went back to their computers. Two days later a second version was up on the walls. This time there were only a few “corrections.” Another meeting, and the next day the tooling crew accepted it. The electronic designs were e-mailed to the vendors and the mold designs began in earnest.

The designers ran their mold simulations and pronounced everything was fine. The tooling engineers ran their own simulations and came up with different numbers and flow patterns. At our next all-hands video meeting, they were squabbling like chickens. I pointed out what should have been obvious. Simulations are tools—they live in a perfect world of absolutely no variation in melt temperatures, where heat transfers are perfect and even, and the plastic performs as it should. They also ignore vents. For the resin, the simulation used data from a library for generic ABS that wasn't even close to the grade we were using. As a tool, a simulation will show if the mold will fill at the resin manufacturer's recommended settings, point out the hot and cold sections, show the best area for the gate and give you a good idea where the flow lines will show up . . .  but it is not exact.

A few minor ECOs were proposed, and since we hadn't gotten that far into the tooling, we decided to implement them at minimal cost with no effect on timing.

As expected, marketing toddled in with a long wish list of "improvements" and "new features." The designers said they would get back to them in 48 hours. The product designers, tooling folks, sparkies and myself held an emergency video meeting. Marketing had told them the improvements would boost sales by 10%. We looked at everything—estimated costs and timing—had a good laugh, and wrote a nice report saying it would delay market introduction by three weeks. If it was approved by the folks in the ivory tower in writing and fully funded, we'd be more than glad to do it. But with the program marching along we needed answers in no less than 72 hours. There weren't enough weekends left to schedule seven-day work weeks with our suppliers and it would be highly risky to subcontract work. Their best hope would be to incorporate these bells and whistles in the next generation of this product. The Big Bosses swatted down the proposal like a mosquito at a picnic, and congratulated us on the "Gen 2" product idea. We had a private chuckle and moved on.

The sheet metal tooling was simple. We used existing parts and made a few changes in the CNC stamping programs for the rest (read—no new tooling required). I could do a lot of what-if simulations on the spreadsheet progress reports to see if there would be logjams anywhere. When you do final polish on a mold, the rule of thumb is one square inch per man-hour from final machining to SPI #2 before texture. That was going to eat many hours for two sets of mold cavities that were too small to have multiple bodies working on the same cavity. I contacted the mold builder and told him what I saw. Grudgingly, he agreed. I asked how many polishers he had and how busy they were. He had five total, two full time and three he could use as needed. I suggested he put four polishers on these cavity blocks. Two working the normal 10-hour shift and the other two putting in their 10 hours during the evening. With a little whining, he agreed. I popped the hours into my what-if scenario and the future disaster was avoided.

With a few bumps along the way, we hit the first monster ECO midway through the program. Because we'd all seen what was coming, we'd left several areas only rough machined or partially EDM'd on the affected areas. Most of the changes slipped right into the program at minimal or no expense because we'd intentionally not machined those areas. Toward the end of the program, the second batch arrived. These required changing a few inserts. Again being forewarned, we left the original inserts blank and constructed electrodes—slightly later than we would have liked—in the new configuration.

Before we textured, we did a dimensional tryout— eight molds in three machines. This was done for dimensions and cycle time only. The tooling engineer, buyer and I attended. After we blew the metal chips out of the waterlines, and re-plumbed them with no loops, we held our breath and squirted plastic. After 45 minutes, we got suitable full parts from our first three molds. Then the parts in one mold started to stick. (FYI: Especially at the tryout, use the process to optimize the cycle. Fix the tool to get good parts.) The mold builder suggested mold spray (process). I suggested polishing (tool fix). We polished.

Three hours later the machines were spitting out parts on full auto at slightly below the quoted cycle. We were all happy. We recorded our preliminary settings, pulled those molds, hung the next batch and started again. It was a long, dirty day for all of us, but we got everything done. I bought everyone dinner that night. The next day the molds that needed it were sent out for texture. If there were no screw-ups in texturing and the QC reports came back as acceptable, we'd immediately go for mold qualification.

Texturing was perfect. There were only a few dimensional hiccups from the QC report but they were in non-critical areas. We went back to the designers and initiated inspection correction ECOs that, oddly enough, were processed and implemented into the documentation in two days.

By not having to modify the molds, we were a week and a half ahead of schedule when we did the qualification runs. Not bad for a 16-week program, squashed into 12, and delivered in 11. We found the molder who had all the molds, an average of an additional two seconds savings in cycle time from the qualification/process optimization trials. I damn near had to strangle the buyer to keep her from asking for a price reduction. A deal's a deal.

We are in the internet and home office age. There is no need to travel if all you are going to do is look at things, read/write reports and attend meetings. I did this consulting gig with only three trips and almost daily teleconferences.

I collected my fee and a modest bonus and decided to spend the bonus on a thank you debrief-and-dinner for our little tribe.

Working with others is easier than blaming someone if you take responsibility, own up to your mistakes and keep your eye on the end game of the project.

Cooperating with others as opposed to competing with them throughout the program brought a better appreciation of how everyone worked and fostered ownership of the whole program. If someone was overloaded, someone else on the team helped them. I had put the "not-my-job" syndrome in its grave.

After initially complaining, the vendors thought an "internet" system of reports was better than any other. When someone came for a vendor visit, it upset their entire shop's flow. By not having to entertain clients, the shop could do what it was supposed to do and leave the entertaining to the sales force. They were beginning to insist their clients leave before lunch or dinnertime and make use of Skype/spreadsheets.

Can you do this? Sure! Expect a lot of pushback initially until they realize doing it right is better than fixing what went wrong.

Failure to plan is planning to fail. Planning is easy after the first time.