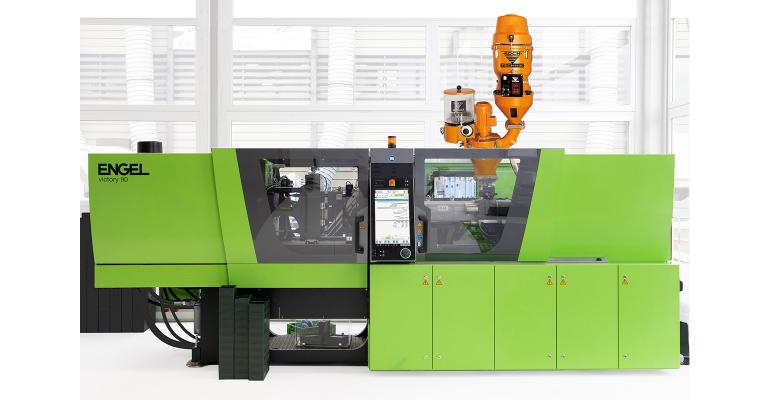 In many injection molding applications, the user manually sets the mixing ratio of the base material, additives, and masterbatches typically on a separate control unit mounted on the press. This works just fine, until it doesn’t. The steps involved create multiple opportunities for error. Injection molding machine maker Engel and Werner Koch Maschinentechnik, a supplier of auxiliary equipment for plastics processing, have collaborated in the development of an OPC UA interface that eliminates silos by integrating thermoplastics mixing and dosing systems with the press.

Effective immediately, Koch dosing and mixing units can be integrated with Engel’s CC300 injection molding machine control unit via OPC UA and operated via the control panel on the machines. OPC UA is a platform-agnostic architecture that integrates all the functionality of individual OPC specifications into one freely scalable structure. Highly flexible and secure, OPC UA is becoming a standard in the injection molding industry, according to Engel.

Compared with manually setting mixing ratios, integrating dosing and mixing units via the machine control unit allows direct transfer of part datasets and the recipe to the dosing unit. The mixing ratio is automatically calculated, and the dosing process is centrally controlled via the machine display, removing the need for an additional control unit. Alerts from the dosing and mixing unit are also output via the CC300 machine panel. The risk of input error is reduced, and by storing process data together, production batches are easier to trace, said Engel.

Engel's injection molding machines currently use OPC UA to “talk” to a range of peripheral devices, including temperature control units, hot runners, and liquid silicone rubber dosing systems. Dosing and mixing units for thermoplastics have now been added. Standardized interfaces considerably simplify communication with the production cell independently of the manufacturer. Consequently, Engel said it is joining forces with other companies in the plastics industry to strongly promote standardization.