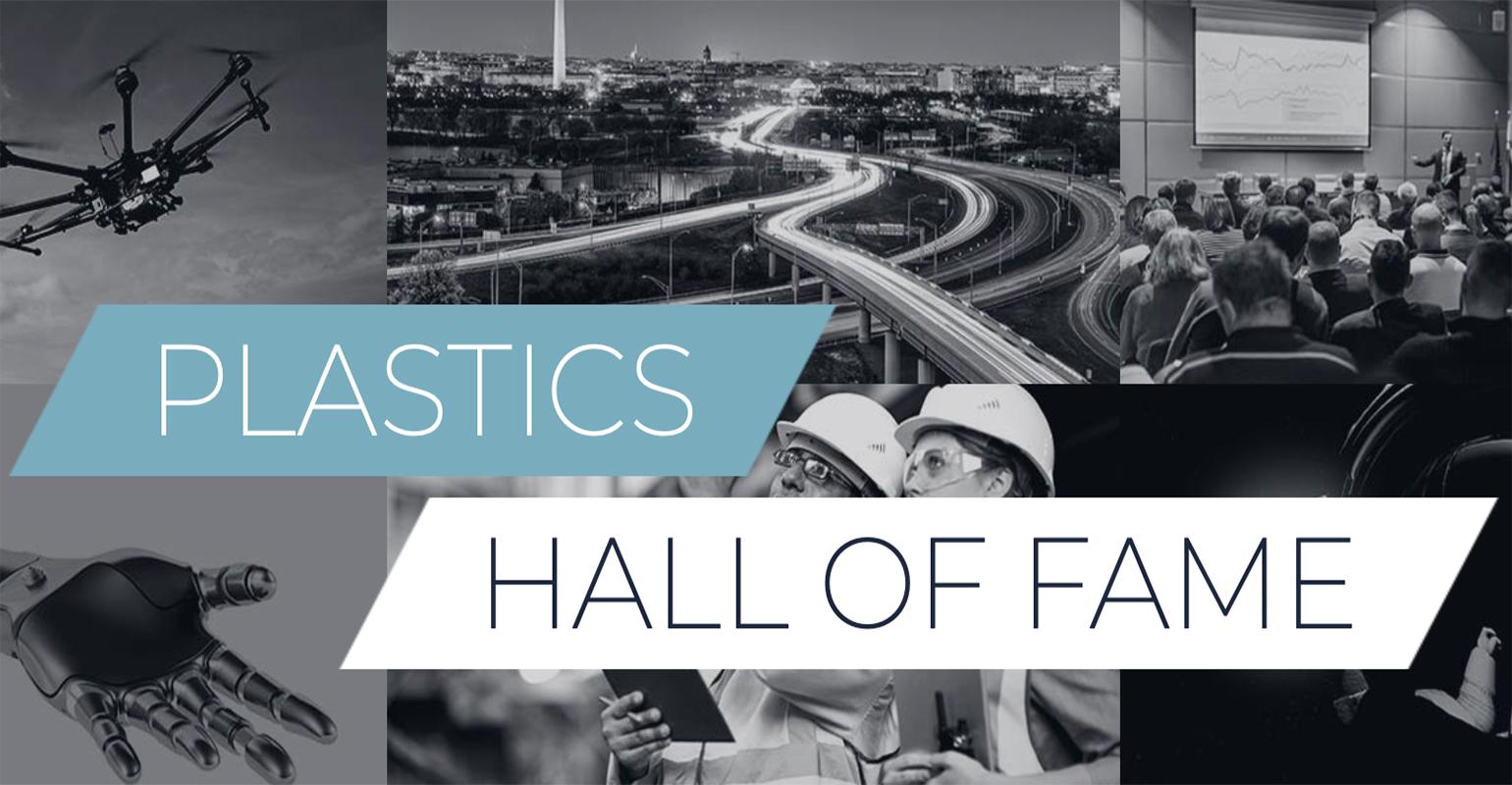 The new members represent an array of disciplines and come from all across the globe.

The Plastics Academy announced 10 new members of the Plastics Hall of Fame on Dec. 18. Representing an array of disciplines and coming from all across the globe, the new members were scheduled to be formally inducted during an awards gala at NPE2021 in May, but the event has been canceled because of COVID-19.

"The Plastics Industry Association (PLASTICS) founded the Hall of Fame to recognize the industry leaders who make up this impactful industry, and we are continuing the rich tradition by honoring those who shine in their careers and contribute to science and society,” said PLASTICS President and CEO Tony Radoszewski.

Founded in 1972, the Hall of Fame welcomes new members every three years at NPE. This year, the Plastics Academy received a total of 38 nominations, the largest number to date. The new members are:

Yoshiharu Inaba is a pioneer in all-electric injection molding technology. Inaba joined Japan's Fanuc Corp. in 1983. That same year, the company decided to focus on electrifying injection presses to make them more efficient and precise using Fanuc's computer numerical control expertise. Fanuc introduced the first worldwide mass-production-type all-electrical injection machine, the Autoshot, in 1985. Today the company estimates there are more than 200,000 all-electric machines in the world. Inaba, who holds more than 110 design patents, is chairman of Fanuc.

Mayumi Kotani is president of Kyoto, Japan–based Yushin Precision Equipment Co. Ltd., a leading maker of take-out robots for injection-molded products. Kotani helped start the company in 1973, and Yushin entered the market for takeout robots in 1978. She served as vice president of sales for 12 years before being named president in 2002. Under her guidance, the company rapidly expanded overseas and has received multiple awards for its optimally designed robots. Kotani is the fourth woman to be inducted into the Plastics Hall of Fame.

Salvatore Monte is president and co-owner of Kenrich Petrochemicals Inc., holder of numerous patents and has been an active member of numerous plastics industry groups for decades. He is recognized as an expert in the development and commercialization of coupling and compatiblizing agents. Monte holds 31 US patents; has authored numerous technical papers, journal articles and book chapters; and authored a popular reference manual on titanates, zirconates, and aluminates. His first commercial titanate was hailed as a new coupling agent for filled polyethylene in 1974. He is a member, fellow, and honorary service member in the Society of Plastics Engineers and a longtime leader of the Plastics Pioneers Association.

Peter Neumann led injection press maker Engel Holding GmbH through a period of rapid global growth and also served as president of Euromap, the European committee of manufacturers of plastic and rubber machinery. When Neumann joined Engel in the early 1980s, the company had 783 employees. As manager of purchasing, material planning, and logistics, Engel was the first press maker to make machine platens from steel instead of cast iron. The company's global operations grew rapidly in the 1990s, thanks to other innovations including tie-bar-less and two-platen machines. With Neumann as CEO, Engel's sales grew from €76 million to 1.36 billion.

Donald Paulson is a veteran educator of plastics processing with nine US and European patents. He launched his career in 1963 when he developed a plastics processing research laboratory at General Motors Institute. Using the results of his research, in 1968 he started Control Process Inc., the first company to use cavity pressure to control machine injection pressure. The company was sold in 1980, and he started Paulson Training Programs Inc., now a leading provider of online interactive and seminar plastics technical training. In 1998, he was named one of the six most important inventors in the plastics industry. Paulson received the SPE Lifetime Engineering and Technical Achievement Award in 2006.

Joseph Prischak is the founder of Plastek Group, a major global injection molding and toolmaker, based in Erie, PA, He's also a supporter of plastics industry training and a noted philanthropist. With two partners, he founded Triangle Tool Co., a leader in mold design and manufacturing, in 1956. They moved into plastics molding in 1971 and expanded to Europe, Brazil, and Mexico. He is considered the father of the Plastics Engineering Technology program at Penn State Erie, which has produced more than 1,000 graduates and is the largest undergraduate plastics program in the country. Prischak also is the founder of African 6000 International, a nonprofit that drills deep freshwater wells across the African continent.

Ulrich Reifenhäuser joined German extrusion machinery group Reifenhäuser GmbH & Co. in 1983 and, with his brothers Klaus and Bernd, built the family company into a global firm with leading technology for high-performance blown film and nonwoven materials. Reifenhäuser has been the chairman of the K show since 2004, has played an active role in VDMA, and frequently acts as spokesman for the German plastics machinery community. He currently serves as his company's chief sales officer. During his tenure, the firm's sales have grown from €142 million to more than 500 million.

Wylie Royce is a plastics materials supplier executive who is also well known for his trade association leadership. Royce is executive vice president of colorant and specialty chemicals company Royce Global, and a partner and director of Royce International. Royce International is a supplier and manufacturer of epoxy resins, hardeners, diluents, and specialty chemicals used in the coatings, construction, electronics, and aerospace industries. Royce is currently past chairman of the Plastics Industry Association and treasurer of the Food, Drug, and Cosmetic Packaging Materials committee. He is a board member of the Foodservice Packaging Institute, as well as a member of Health Beauty America's Technical Advisory Board. He holds a US patent in a proprietary method utilizing electron beam modification of resin to create marbleized colorant effects for injection molded products.

Suresh Shah developed and commercialized important automotive plastics innovations and also served in numerous roles for the Society of Plastics Engineers (SPE). The retired General Motors and Inteva engineer was the first to invent and introduce the plastics module concept 27 years ago, leading a team that designed and developed the all-plastic door inner module dubbed the SuperPlug. The component, which replaced 50 metal pieces, was the first and most complex part commercialized using gas injection molding technology. He has served in numerous volunteer roles with SPE, including as a board member and chairman of the automotive division. In 2017, he received the division's Lifetime Achievement Award.

Vince Witherup carried the torch for the US plastics industry around the world as an executive at Franklin, PA–based auxiliary equipment maker Conair Group Inc. and as an ambassador for the NPE trade show. He has been involved in plastics for more than 50 years, beginning as a salesman at Conair and working his way up to executive vice president. Witherup has held volunteer leadership positions for the Society of Plastics Industry Inc. (SPI), now the Plastics Industry Association. He served as chairperson of the NPE2000 show, where he was honored as SPI's International Businessperson of the Year. He has been active in the Plastics Pioneers Association for more than 20 years.