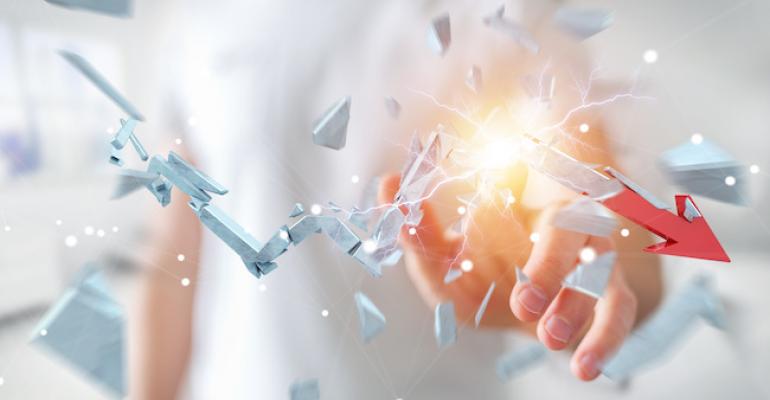 Shipments value of injection molding machinery is down 15.5% compared with Q3 2018, twin-screw extruders fell markedly by 29.3% and single-screw extruders decreased 5.6%.

Compared with the rip-roaring years of 2017 and 2018, the first three quarters of 2019 have been anemic for primary plastics processing machinery makers. Coming off four quarters of increasing shipment values in 2018 to a high of about $375 million, Q1 2019 shipments of plastic injection molding and extrusion equipment fell 27.6% to $273.0 million, according to the Committee on Equipment Statistics (CES) of the Plastics Industry Association (PLASTICS; Washington, DC). And things didn’t improve much from there.

Q2 2019 shipments value rose 8.2% to approximately $295 million; in Q3, it dropped by 0.5% to $293.7 million. While total shipments decreased, extrusion machinery increased in the third quarter, with single and twin-screw extruder shipments rising 5.3% and 13.9%, respectively. Shipments of injection molding equipment fell 1.9%.

“The plastics industry is a mature industry and its growth will continue to track gross domestic product (GDP),” said Perc Pineda, PhD, Chief Economist at PLASTICS. “The third quarter numbers moving sideways are in sync with weaker manufacturing activity in the economy this year. In Plastics Quarterly, our GDP growth forecast for the second and third quarters were 2.0% and 1.9%, respectively, and that’s what we got. The machinery shipment numbers were in sync with weaker manufacturing activity against the backdrop of an economy that moved sideways,” said Pineda.

The CES also conducts a quarterly survey of plastics machinery suppliers that asks about present market conditions and expectations for the future. In the coming quarter, 39% of respondents expect conditions to either improve or hold steady, markedly fewer than the 56% that felt similarly in the previous quarter. As for the next 12 months, 63% expect market conditions to be steady-to-better, up from 53% in the previous quarter’s survey.

“The challenges and concerns of the business sector of the economy today—and the plastics industry is no exception—are largely driven first by external factors—weak global economic growth and ongoing trade disputes—feeding into the U.S., which is largely an open economy. It is safe to say, that it is unlikely that the ongoing trade disputes will be resolved this year,” Pineda added.