Remembrance of Trade Shows Past 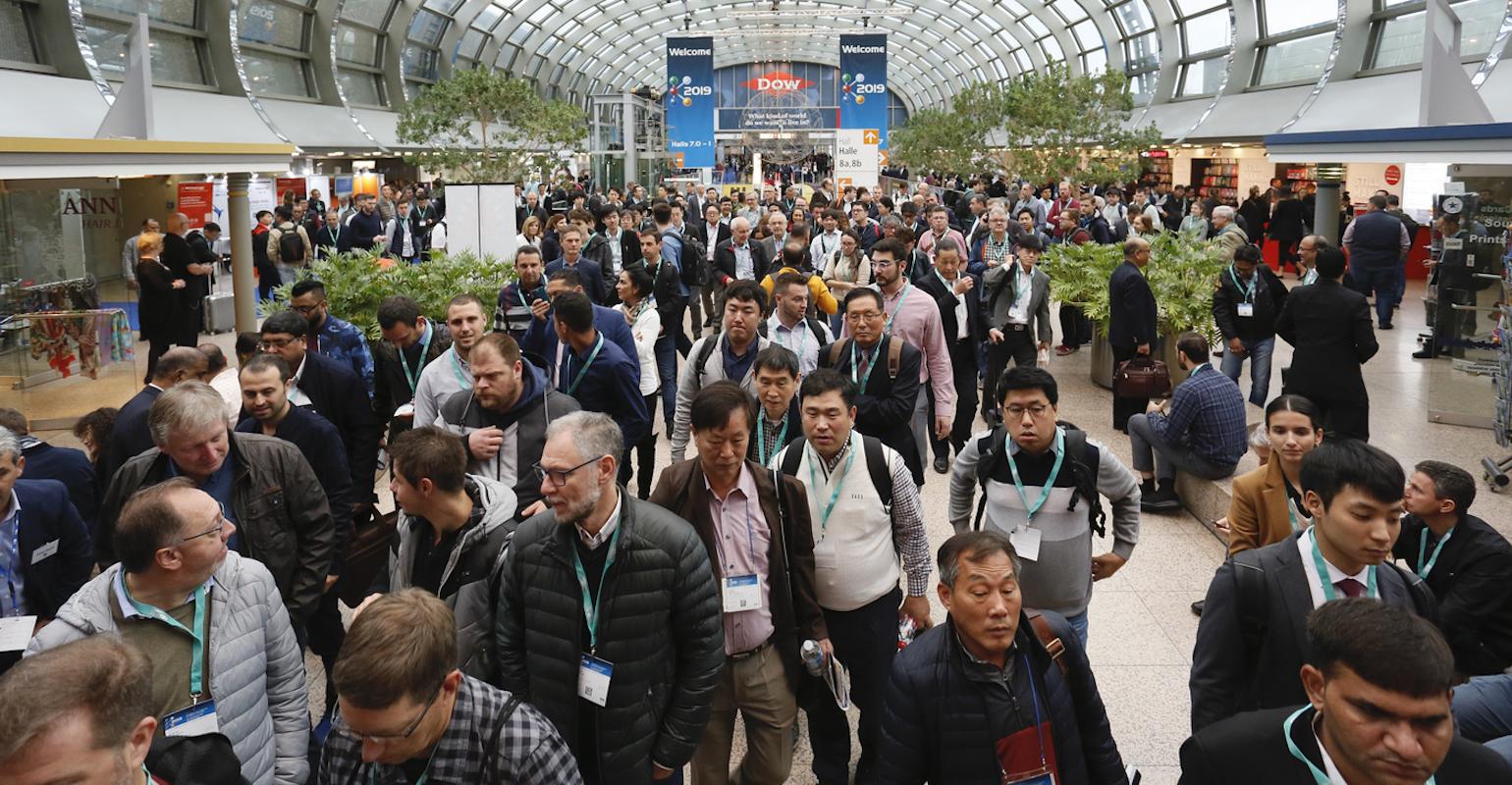 Clare Goldsberry attended her first NPE show in 1994 and, in the process, discovered that Chicago was her kind of town. Things have changed: This year, the Windy City is expected to lose $747 million after the cancellation of 33 trade shows and conventions because of COVID-19.

I remember my first trip to Chicago. It was rather scary, as I’d never been to a city that large before. I knew about the massive skyscrapers, the amazing lakeside views, the museums, and especially the music at the many jazz clubs, but I had never experienced it. I was not on vacation, however; I was in Chicago to attend a trade show — the National Plastics Exposition (NPE), to be exact, which had been held in Chicago since 1947.

The year was 1994 and I was a freelance writer for a business-to-business publication for the plastics industry. Having worked in the injection molding industry since 1982 while I went to college to earn a journalism degree, I was the only writer for the trade weekly who knew squat about plastics, plastic processing, and mold making. The thought of going to Chicago to help cover that big trade show at McCormick Place was exciting.

It was then I learned that I could combine work with pleasure, and in the following years I went to many other cities for plastics industry events and to visit large plastics manufacturing facilities as research for feature articles. Those “work” trips took me to San Francisco, where I saw the Golden Gate Bridge and Fisherman’s Wharf and stayed in the Fairmont Hotel for a Society of Plastics Engineers conference. Being a freelancer for plastics industry trade publications gave me huge opportunities to see Seattle, San Diego, Los Angeles, Minneapolis, Charlotte, New Orleans, Detroit, Charlotte, Charleston, and many other cities. I even was invited to cover the K Show in Düsseldorf, Germany — my first trip to Europe.

Lately, I’ve been saddened as I’ve watched what is happening in many of these cities that I remember as beautiful, exciting, and full of history. Not only has the pandemic caused the cancellation of many big plastics trade shows and conferences, but the social unrest and other situations make these cities appear to be less safe and less hospitable for conventions and trade shows.

Not only are hotels losing out on the business of convention and trade show attendees, but the venues that set up these huge expositions are sitting empty. According to the Chicago Tribune, that city is expected to lose $747 million after the cancellation of 33 trade shows and conventions that would have brought in 484,000 people and occupied 533,000 room nights.

Chicago’s convention industry generates five million room nights annually out of 12 million hotel rooms in the city’s central business district. The city was hoping that fall events, usually a busy time once summer vacation season is over, would help offset losses from the lockdowns and travel restrictions, but it doesn’t appear to be happening as more events are cancelled. McCormick Place is hurting the worst. The International Machine Technology Show (ITMS) recently cancelled its annual show scheduled for September. It has been one of the largest events for the city and McCormick Place, with 99,000 room nights booked.

Pack Expo is still scheduled for November, according to a June 6 notice, although final plans remain in progress. It will either be a physical trade show with a “virtual component” or a virtual trade show. Previous years have seen Pack Expo garner as many as 71,000 attendees. Their website says that hygiene and “social distancing” will be encouraged throughout the live event.

Social distancing at any trade show will be a challenge, given my past experiences at these events. However, it might not be a problem given that many people will choose the “virtual” option even if the show is a physical one. People just aren’t sure about the travel situation or the status of the pandemic.

Engel just sent out a notice that it will not actively participate in Fakuma this year. “The board of management made this decision considering the unforeseeable further development of the Corona pandemic,” said Engel’s announcement. Noting that the company “bears responsibility for the health and safety of both our employees and our booth visitors” and even with a “strict hygiene concept and a limited number of trade fair visitors per day, we cannot rule out the risk of infection with COVID-19.”

Likewise, Nordson announced on July 13 that it will not “actively participate” in Fakuma because of “continuing risks posed by the coronavirus pandemic.” Kelly Harings, Global Marketing Manager for Nordson’s Polymer Processing Systems (PPS) group, commented, “Taking part in Fakuma 2020 would have offered Nordson and its customers and prospects valuable business opportunities, and we greatly regret having to make this decision. In the future, Fakuma will continue to be a vital component in the marketing strategy of the Nordson PPS business.”

While none of us like to see the changes that have taken place in our daily lives due to this coronavirus, some change is inevitable. We’ve already seen the changes that trade shows have undergone over the past several decades. I remember when companies used to keep the lid on their latest and greatest machine tool molding machine innovations until the day the show floor opened. It was an exciting time. With the advent of the internet and social media, however, few companies keep their new products under wraps for months until the trade show.

NPE, K, Fakuma, Chinaplas, PLASTEC West and other events have a “social” component that can’t be replaced by Zoom or other web-based media interactions. I remember the first NPE I attended, and the palpable excitement when the bagpipers entered the main entrance of McCormick Place. The sound of the pipes echoed through the large hall as eager attendees awaited the official opening of the doors to the exhibit halls. You just can’t get that feeling via the internet.

As trade shows are postponed or, in some cases, cancelled, we will miss seeing old colleagues who over the years have become friends.

The economic impact will hurt many cities around the world. The trickle-down effect will be painful and many businesses may not last. But we have survived other crises and we will survive this one, too.

Here’s hoping for a successful return to trade shows in 2021, if not sooner!