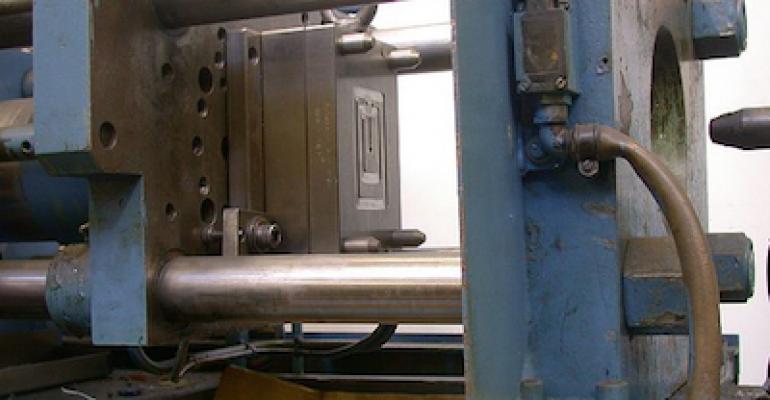 "I'm getting hammered by my 'partner-customers,' " my client told me. "They send me the molds from someone else they've put out of business and expect me to make better parts, faster, at less cost!" Being a Tier 1 molder sometimes is not an advantage.

"Did you quote any refurbishment costs before you ran them?" I asked. Fortunately, he did. Not a whole lot of money, but the catch was “better-faster-cheaper.” We were looking at worn out molds. They were fairly well built, had traditional sprue and runner systems and normal cooling. All multi-cavity molds with little or no maintenance. They would run with a little spit and polish, but probably not any better than they did the last time someone ran them. We both stared at the molds for a long time. Then it hit me.

"Do you have the CAD mold designs and the mold simulations? Let's do an experiment on one mold. If it works, we can do it to all of them." Now I had my client's attention.

Cycle time is really a function of getting everything cool enough to eject the parts. In techno-speak, this means we needed to get the part down to 80% of the material's heat distortion temperature after the gate froze off. In reality, you not only have to cool the parts but all the plastic in the mold so it will completely eject when the mold opens. With all the computer simulation programs available, it is easy to calculate this for the parts.

However, the failure in these models is the most common problem in molding: The sprue breaks off in the mold or the runner is so soft it will not eject. Why? Simple: The rule of thumb in traditional mold design is that the runner should be round and equal to the part's nominal wall stock at the gate. With each branch going back to the sprue, the runner's diameter should increase 10 to 15% and then intersect the sprue base. The sprue is usually tapered three degrees per side. Trigonometry tells us the sprue diameter increases 0.017 inches per degree, per side, for every inch in length. If the part demands a 4-in. sprue that starts out at 0.200 in., you end up with the sprue intersection with the runner system that is a really thick section and thus it is the sprue that controls the cycle time.

This translates into two problems:

While I will not say that mold builders are lazy, they are prone to cutting the runner system directly into the mold base. Sometimes, with a little forethought, they will install gate inserts to minimize repair time if the gates are damaged. However, the runner system itself usually isn't cooled and not a lot of forethought goes into its design. With the current “no regrind” vogue, you can easily be throwing out a lot of very expensive resin, even if you added it into the part cost.

The first thing to do is to design the runner system viewing it as a part. Do your computer analysis modeling the runner's diameters, so that all cavities (gates) fill at the same time +2% and achieve an end-of-fill pressure required by your simulation to fill the cavities.  With a little experimenting, you'll find (using the “we always did it that way” design excuse) that your runner system is usually too large.

Next, even if there is a cooling line under the runner system (normally there isn't), please note it is cooling the entire mold base (same excuse as above), and this is not particularly efficient.

Making an efficient runner cooling system is easy: Simply cut it out and replace it with two plates. Gun drill these plates with a separate cooling line for each half and cut in your newly designed runner system. Every toolmaker knows that heat exchange between two surfaces is never very efficient. In this manner, the cooling lines in your runner plates will now do what they are supposed to do—cool the runners.

Every time you hear about “runner-less” molding, the hot-runner people stampede your designers preaching the material and time savings but politely ignoring the money issue and the fact that your mold just got bigger. Let's reframe this thinking. Question: What is a hot runner? Answer: Simply put, it is usually a very complex extension of the machine's nozzle.

When we talk about heated sprues, again the hot-runner people stampede and the setup techs go crazy trying not to smash the wiring each time they mate the machine's nozzle with the mold.

The solution is inexpensive, simple and elegant: Buy a long machine nozzle. Bore out the sprue-bushing hole and replace it with the shortest sprue bushing/sprue you can. Since sprue bushings are fairly wide, you only need an air gap between the longer machine nozzle to insert it. If you want to go truly sexy, you can purchase machine nozzles with internal heaters so the wires will not get in the way.

The most elegant way is to eliminate the sprue altogether and have the nozzle fill the runner system directly. Unless you are into changing nozzles for each mold, you will need to come up with a “standard” design initially in your runner systems to play this game.

These two simple fixes were well within the refurbishment budget. What did we get from this?

His “partner-customer” demanded the savings in cycle time. My client gave it to him after the usual "no profit" street theater of whining and complaining. What he didn't tell his customer was 80% of the part cost was more than $5/pound of material. He was polite enough to keep that substantial savings from the runner for himself.

Six months later, I visited my client. Interestingly enough, all the new multi-cavity molds had runner plates and extension machine nozzles. It is a good “unfair” advantage over your competition. Think about it.

Bill Tobin is a consultant and owner of WJT Associates. He has authored several books and articles and teaches courses on plastics processing. Books, additional articles and the current public training seminar schedule are available at www.wjtassociates.com, or contact the author directly at [email protected].