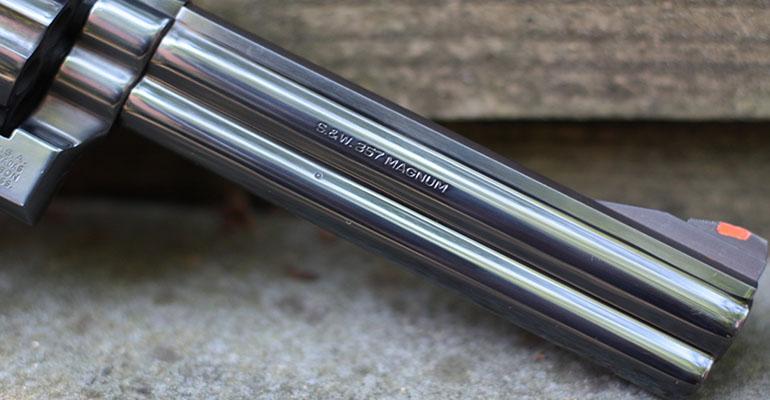 Proposed legislation that would make it illegal to manufacture certain firearms that make up more than 60% of the company’s revenue led to the decision to leave Massachusetts, where Smith & Wesson has been based since 1852.

Firearms maker Smith & Wesson is getting the hell out of Dodge . . . I mean Springfield, MA. The iconic brand has announced that it’s relocating its headquarters from Springfield to Maryville, TN, and divesting its injection molding business in Deep River, CT. The company is leaving Springfield, where it has been based since it was incorporated in 1852, because of proposed legislation that would “prohibit the company from manufacturing certain firearms in the state,” said the news release. It also noted that it would sell the aforementioned molding plant in Connecticut — operations involving Smith & Wesson products will move to Tennessee while the external customer business will be divested — as well as a distribution facility in Missouri as part of consolidating operations in Tennessee.

Calling the decision “extremely difficult and emotional,” Smith & Wesson President and CEO Mark Smith said that the company was left with no other alternative to ensure its financial well-being. "These bills would prevent Smith & Wesson from manufacturing firearms that are legal in almost every state in America,” said Smith in a prepared statement. “While we are hopeful that this arbitrary and damaging legislation will be defeated in this session, these products made up over 60% of our revenue last year, and the unfortunate likelihood that such restrictions would be raised again led to a review of the best path forward for Smith & Wesson."

A number of cities and states were under consideration, added Smith, but the company chose Maryville, TN, because it checked several boxes, including a business-friendly environment, quality of life, availability of qualified labor, and support for the Second Amendment. “The strong support we have received from the state of Tennessee and the entire leadership of Blount County throughout this process, combined with the quality of life, outdoor lifestyle, and low cost of living in the Greater Knoxville area, has left no doubt that Tennessee is the ideal location for Smith & Wesson's new headquarters. We would like to specifically thank Governor Lee for his decisive contributions and the entire state legislature for their unwavering support of the Second Amendment and for creating a welcoming, business friendly environment,” said Smith in the news release.

More than 750 jobs will move from Springfield, Deep River, and Columbia, MO, to Tennessee.

Smith & Wesson noted that some manufacturing operations will remain in Springfield, including all forging, machining, metal finishing, and assembly of revolvers. More than 1000 employees will remain in state.

Construction in Maryville is scheduled to begin in the fourth quarter of this year and will be substantially completed by the summer of 2023. Total investment is estimated at $120 million.

Smith & Wesson stressed that the move will not have an impact on employees’ current jobs until the move begins in 2023. The company has announced that it will provide financial and logistical relocation assistance to employees that are willing and able to move to Tennessee and enhanced severance and job placement services to those who cannot.

The Football Helmet Is a Highly Engineered Protective Device, and Plastic Makes It Possible
Oct 19, 2021