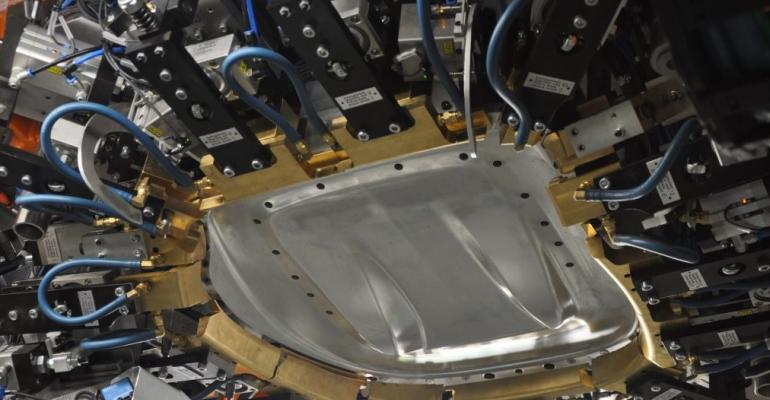 Normally, a three-step process of applying adhesive, edgefolding and then punching holes for attaching the luggage net are carried out in series. Frimo, however, developed a special tool that realizes a combination of punching and adhesive-free edgefolding. In this case the edgefolding is realized by remelting the polypropylene (PP) retainer sections using hot air.

The system's design as a compact inline unit is said to save space, while its high level of automation reportedly ensures optimum material flow and thus significantly shorter cycle times. Appreciating the benefits of the system, Hess has already placed a follow-up order with Frimo.

"Through the solution developed together with Frimo and our integration of the separate process steps into one single process we have, in short, become considerably more efficient, that is, faster and at the same time better value. As a result we have also remained true to our own claim of being a guarantee of top-quality competitive products," stressed Stefan Ginsberg, director of Hess.

The combined punching and edgefolding process can generally be used for all back-injected or press-laminated components. Additionally the process is reportedly suitable for a large number of other applications for vehicle interiors, such as door, side panels and pillar trims.