It's the carbon, stupid! 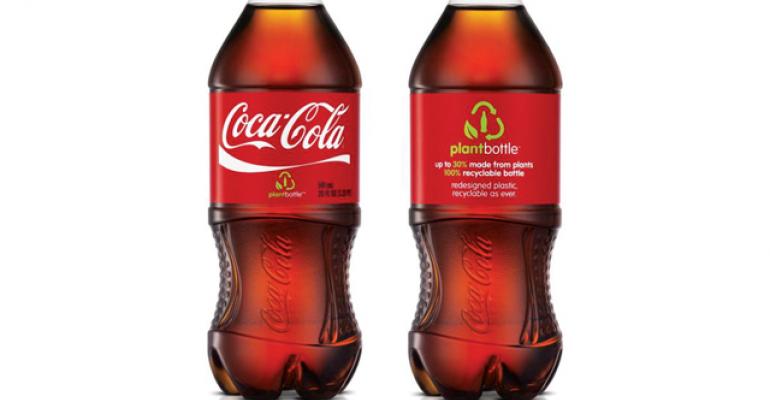 Bioplastics used to be all about biodegradability. The main idea behind their development was the notion that by using biodegradable plastics, we could reduce the amount of solid waste to be disposed of, and, as a bonus, perhaps even make the litter problem go away. Slowly, however, the awareness grew that this view was far too simplistic. Today, the focus has shifted dramatically, and bioplastics are valued for the contribution they can make and the role they can play in reducing the total carbon footprint. Biodegradability, in other words, has made way for sustainability.

Bioplastics used to be all about biodegradability. The main idea behind their development was the notion that by using biodegradable plastics, we could reduce the amount of solid waste to be disposed of, and, as a bonus, perhaps even make the litter problem go away. Slowly, however, the awareness grew that this view was far too simplistic. Today, the focus has shifted dramatically, and bioplastics are valued for the contribution they can make and the role they can play in reducing the total carbon footprint. Biodegradability, in other words, has made way for sustainability. 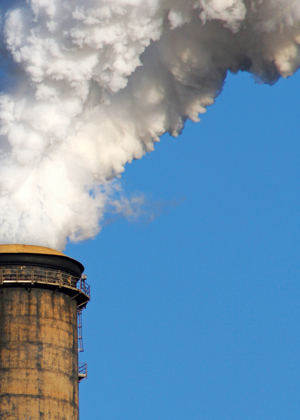 Carbon cycle
It might now seem obvious, but it was not until quite recently that the idea that our extensive use of fossil fuels not only depletes the store of nonrenewable resources, but that it also unbalances what is known as the carbon cycle on Earth. To put it very simply, carbon is the building block of all polymeric materials, whether biobased or petroleum based. The carbon cycle is based on carbon dioxide, which is one of the gases in air and in water. Plants use carbon dioxide from the atmosphere to generate oxygen in a process known as photosynthesis. We breathe this oxygen and release carbon dioxide back into the atmosphere. Carbon is also stored in biomass, and is returned to the atmosphere as the biomass decays. In this way, carbon cycles fairly quickly through the air, water, and living things.

However, carbon is also stored in biomass that, in the remote past, did not immediately decompose, but instead remained hidden away underground and converted into nonrenewable deposits of coal, oil, and natural gas. And this is the carbon that is now being released far more quickly than it can be taken up. While natural processes such as volcanoes can also add to the carbon dioxide in the atmosphere, most of this "excess" carbon is caused by the combustion of fossil fuels and, in turn, is widely held to be the cause of climate change and global warming.

Renewable carbon
As this realization took shape, so did the concept—and attractiveness!—of bioplastics, or biobased plastics, as they are also coming to be called. Based on renewable carbon from biomass instead of fossil carbon, they offer the advantage both of saving fossil resources and reducing greenhouse gas emissions. Compared to conventional plastics, biobased plastics can offer a more sustainable alternative, and it is one that is being more and more explored as consumer awareness grows and demand for more sustainable products rises. Moreover, biomass also compares favorably to oil in terms of price volatility and its potential use as a policy tool.

Biomass consists of organic material originating from plants, animals, and microorganisms, and is part of the carbon cycle, unlike fossil fuels. The carbon that is taken from the atmosphere and converted into biomass by photosynthesis is, however, the same carbon as in oil—carbon, after all, is carbon. The tricky part is discovering how these feedstocks can be used to create plastics that can deliver the properties and performance required of modern materials.

Biomass becomes business
The interest in biomass, however, is expanding, as awareness of its potential grows. It's no longer just the young, green chemistry startups that are involved; the major brand owners are sitting up and taking notice, as well. An interesting initiative in this respect is the formation of the Bioplastics Feedstock Alliance in November of 2013. For the first time, eight important consumer brands—Coca-Cola, Danone, Ford Motor Co., H.J. Heinz Co., Nestlé, Nike Inc., Procter & Gamble Co., and Unilever—publicly and resoundingly gave a thumbs up to biobased plastics, joining together to promote a future where "renewable carbon from plants replaces fossil carbon in the production of chemicals and materials needed by society." As a "precompetitive, multi-stakeholder forum focused on increasing awareness around the environmental and social performance of potential feedstock sources for biobased plastics," the Alliance is wisely seeking, among other things, to avoid discussion about land use (should land be used to grow crops for food or feedstock?) and food crops, by guiding the responsible selection and harvesting of feedstocks, such as sugar cane, corn, bulrush, and switchgrass, used to make bioplastics. Even though the discussion has been somewhat defused—European Bioplastics has published data showing that in 2012, the global production capacities for bioplastics amounted to around 1.4 million metric tons, which translates into approximately 400,000 hectares of land, or less than 0.01% of the global agricultural area of 5 billion hectares—the issue remains an emotional one. As Anne Roulin, Nestlé's Global Research and Development Sustainability Manager, put it, "joining the alliance means we will be able to help build a more sustainable future for the bioplastics industry whilst addressing issues such as land use, food security, and biodiversity."

Sustainability shapes growth
Meanwhile, bioplastics have graduated from materials primarily intended to degrade after use, essentially materials without value, to materials with a future. The bioplastics sector has been one of the fastest growing materials sectors during the past decade. And, as the focus of this sector has shifted from biodegradability to biorenewability, the range of available materials and applications has greatly expanded.

The single greatest end use has been in packaging and disposable food service applications. Biodegradable plastics are still an important business and represent a market that is expected to show robust growth over the coming years, especially with the increasing number of bans on nondegradable single-use bags.

However, the number of durable applications is also rising fast. PLA compounds are being developed with enhanced performance that are finding applications in, for example, the electronics industry—the first touchscreen computer housing made of PLA was launched just last year. And as increasing volumes of PHA hit the market, the number of applications for this material will expand. Already, an iPhone case made of PHA is due to be introduced sometime this fall.

Moreover, the development of biobased or partially biobased (nonbiodegradable) drop-in commodity plastics such as PE, PET, or PP and biobased engineering plastics such as PTT or TPC-ET has meant that bioplastics are increasingly finding use in, for example, the automotive, medical, electronics, and construction industries. And a promising new biopolyester called PEF, based on furanics chemistry, is projected to revolutionize the packaging industry, once production at commercial scale becomes possible, hopefully sometime in 2017.

And the end is by no means in sight. The European Commission has designated bioplastics as a lead market, and funding is available for initiatives in this area. According to World Bioplastics, a study published by U.S.-based research company Freedonia, the global bioplastics market is booming, with worldwide demand for biobased and biodegradable plastics set to rise 19% per year, to hit 960,000 metric tons in 2017. As the authors of this report write: "The bioplastics industry, while still in the emerging growth phase, has established itself as a fixture in a number of commercial markets and applications," with robust growth in demand "expected in virtually all geographic markets, stimulated by consumer preferences for sustainable materials, increased adoption of bioplastics by plastic processors and compounders, and new product development that expands the range of uses."

This same report, however, also points out that bioplastics are still expected to account for less than 1% of the overall plastic resin market in 2022. While this may sound disappointingly low, it does give the market time to adjust to the idea that bioplastics are regular materials, just like all the rest. And like the other materials, end-of-life solutions need to be sorted out for this group, as well. Engineering them for biodegradability or compostability is just one of the different options available. However, today, it is starting to be seen as one of the more wasteful options. Why go to all the trouble of creating a valuable material that is simply allowed to degrade at the end of life? It may be the preferred route for disposables, but otherwise, new solutions are needed. As European Bioplastics points out: "Bioplastics must have access to all recovery options."

In some cases, chemical recycling—feedstock recovery through depolymerization—appears to be a promising route. Recycling is another, with the overall goal being to ensure that the loop is closed, cycling the product back at the end of its life to be reutilized. Separate recycling streams are needed to accommodate these new materials, which first requires higher volumes than is currently the case. Researchers also are looking into the possibility of turning bioplastic waste into biofuel. Thermal recycling, as incineration is also called, ensures that the energy does not go to waste.

Obviously, these are all issues that need to be solved. The really encouraging thing is that momentum is building to look seriously at how these options can be further worked out.

Renewability is fast becoming the major theme in this area, and it is about time. We are all finally starting to understand: "It's the carbon, stupid!"