A sinister plot to hijack those adorable Lego figurines has been thwarted by the General Court of the European Union.

A sinister plot to hijack those adorable Lego figurines has been thwarted by the General Court of the European Union. A ruling by the court affirms trademark protection to the iconic figures against competitor Best-Lock, which was using similar-looking playthings, reports the Financial Times (FT). Lego registered the 3D trademark in 2000. 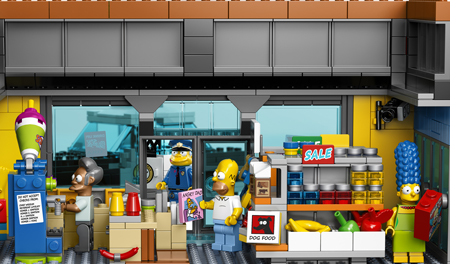 The figures have racked up impressive numbers for the Danish manufacturer, which is reportedly the most profitable toy company in the world. This is quite an accomplishment when you consider that it was on the verge of bankruptcy just 10 years ago.

More than 60 billion pieces of Lego were manufactured last year, writes the FT, of which 550 million were minifigures. "Under the alchemy of the Lego brand," writes FT correspondent Richard Milne, "the toymaker takes plastic costing $1 per kilogram and turns it into toys selling for $75 per kilogram.

So, what are you doing with your ABS?