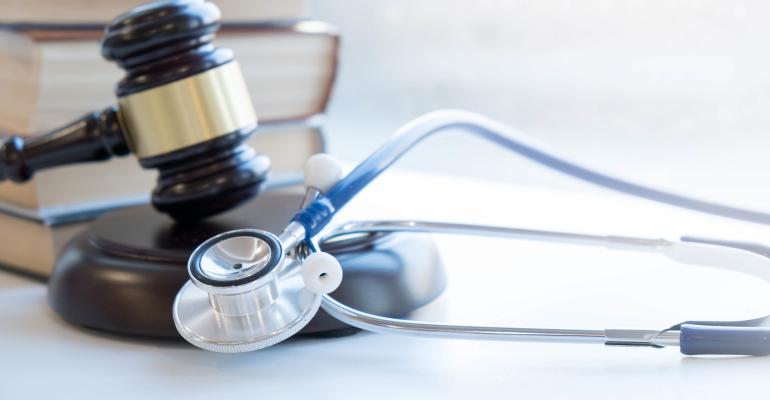 The listing of the plasticizer diisononyl phthalate (DINP) was the “result of a biased, unfair, and arbitrary review process,” claims the American Chemistry Council (ACC).

The plasticizer diisononyl phthalate (DINP) was added to California’s Proposition 65 list of substances that may cause an increased risk of cancer back in 2013. Yesterday, the American Chemistry Council (ACC) filed a petition with the California Supreme Court seeking a review of its challenge to the listing of DINP, following a Court of Appeals ruling that upheld the listing by the Office of Environmental Health Hazard Assessment (OEHHA). The wheels of justice grind slowly, indeed, but the ACC is hoping that persistence will win the day.

The ACC claims that the OEHHA’s Carcinogen Identification Committee (CIC) failed to follow its own Guidance Criteria, or operating procedures, when it evaluated DINP. “There is clear evidence that the listing of DINP on OEHHA’s Proposition 65 was the result of a biased, unfair, and arbitrary review process,” said the ACC’s Eileen Conneely, Senior Director, Chemical Products and Technology Division. “We have appealed to the highest court in California, given the wide-ranging and serious consequences a Proposition 65 listing causes.”

The proposition, which passed in 1986 through the voter referendum process, requires “anyone doing business in California to label a product if human exposure to a listed substance in the product is expected to be at a level above the established 'safe harbor' level for that substance,” according to the OEHHA website. The worst consequence of Prop 65 for businesses, however, has been a tsunami of lawsuits that has “funneled hundreds of millions of dollars to a handful of attorneys and their repeat clients,” wrote the Los Angeles Times on July 23 of this year in a lengthy analysis of the proposition’s impact. Typically, companies that are caught in the crosshairs of Prop 65 opt to place a warning label on their products rather than spend vast sums of money fighting a lawsuit. The ACC, however, is taking a stand for science.

According to the ACC, a comprehensive review of the transcript of the CIC hearing in which it reviewed DINP —the only evidence of the committee’s decision-making process — confirms that the CIC applied the wrong standard. Although the committee’s published Guidance Criteria directs the CIC not to list animal carcinogens if the findings are not relevant to humans, the chairman directed the other members of the committee to ignore the text of the Guidance Criteria, erroneously asserting that whether the available animal data is relevant to humans is “not the question,” said the ACC in a press release. “Because the committee failed to follow its own internal rules, the decision to list DINP was arbitrary and capricious and thus should be invalidated by the court.”

That’s the legal argument, but the science also deserves a hearing, and the best available scientific evidence does not support the conclusion that DINP poses a cancer hazard to humans, said the ACC. It notes that DINP is one of the most thoroughly studied compounds in the world and has been reviewed by numerous international scientific panels over the decades. “Every other public health agency that has studied DINP, including the Environmental Protection Agency, the European Chemicals Bureau, and the Australian public health agency, has concluded that DINP is likely not a human carcinogen.”

The article in the Los Angeles Times notes that Prop 65 prosecutions “now claim that cancer, birth defects, or reproductive harm might arise from dalliances with bondage tape or from opening a Bible; from grasping a pair of pliers with bare hands, or donning polyurethane-coated safety gloves. From chewing on the plastic frames of glasses, leaving them on your nose, or touching the zipper pull of their carrying case. From smoking pot, and burning the rolling papers used to twist it up. From casting a plastic lure on a lake.” But maybe not from DINP, if the ACC is successful.

“Scientific fact and consistent, fair methodology should guide the decision-making process by state and federal agencies,” said Conneely in the press release. “Unfortunately, the decisions of the California courts thus far contradict fairness and scientific fact and uphold a misguided listing decision that does nothing to further public health. ACC believes people should feel safe when it comes to possible exposure to chemicals, and it stands firm that current uses of DINP do not pose a risk to human health. We ask that the California Supreme Court grant review to correct the Court of Appeal’s error and set aside this erroneous listing decision.”