Reshoring in the Real World 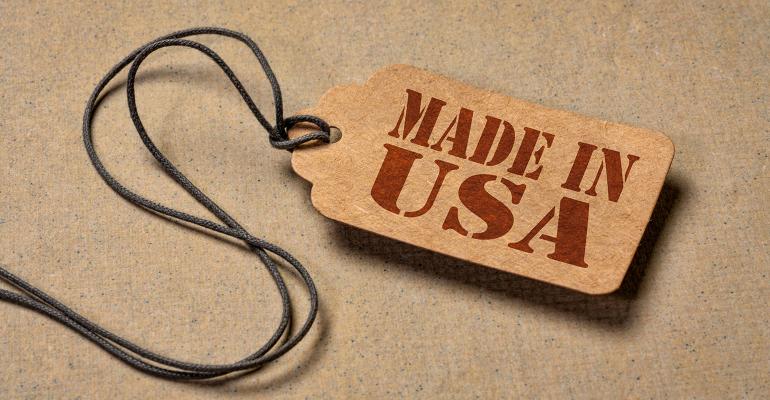 There is an urgent need to re-establish manufacturing in America, said Rosemary Coates of the Reshoring Institute, and the federal government has a role to play.

There were a few moments during President Biden’s State of the Union address when both sides of the aisle stood up and cheered. Granted, there weren't many, but the bar is set quite low in our polarized times, and it seemed like there were more outward expressions of unity than we have seen in the recent past. A call for reshoring manufacturing was one of those rally-round-the-flag moments.

Rosemary Coates, founder and Executive Director of the Reshoring Institute, said she was delighted to hear Biden address global supply chain issues and the urgent need to re-establish manufacturing in America. “I think it’s time that the US develop an industrial policy around manufacturing. We have always resisted this notion, letting the markets freely determine supply and demand for products," Coates told PlasticsToday. “But the Covid pandemic exposed our significant vulnerabilities in products like pharmaceuticals and semiconductors, and now I believe that the federal government needs to support some of these industries with policy. An industrial policy would allow for federal investment, low-cost loans, tax relief, and other incentives to ensure a supply of products for the health and well-being of all Americans,” said Coates.

During his address, Biden cited the decision of semiconductor giant Intel to build a $20 billion mega site outside of Columbus, OH. “Up to eight state-of-the-art factories in one place. 10,000 new good-paying jobs,” said Biden, adding that it could be just the beginning. Intel CEO Pat Gelsinger reportedly would increase that investment to $100 billion — one of the biggest manufacturing investments in US history — if Congress passes the Innovation Act.

Coming together on the Innovation Act

Congress needs to reconcile the $250 billion US Innovation and Competition Act of 2021 passed by the Senate with the America Competes Act of 2022 that was passed in the House to send a single bill to President Biden’s desk. During the State of the Union address, he called on lawmakers to do just that. But it’s Congress we’re talking about, not the nimblest of bodies.

Still, reshoring and nearshoring continue apace, with or without government incentives. Although it’s impossible to verify the number of jobs that have been reshored, it’s clear that a movement to bring back manufacturing is gaining steam. “At the Reshoring Institute, we are engaging with a steady stream of clients that are looking for new factory locations in the United States with the intention of building new factories here," said Coates. “There is also a boom in factory construction along the US-Mexico border, where manufacturers can take advantage of lower-cost labor in Mexico and import products duty-free under the USMCA trade agreement.”

The tale of the masks

It’s important to note that not all manufacturing is leaving low-wage countries and setting up shop here or in Mexico, nor should it. There is no economic advantage to reshoring the production of T-shirts, plastic bags, and other commodity items to US- or Mexico-based facilities. The fate of some US manufacturers of face masks tells a cautionary tale.

An article in the New York Times on March 5, “Why American Mask Makers Are Going Out of Business,” recounts how a number of companies emerged in the early days of the pandemic to manufacture face masks. As you may recall, there was an alarming shortage of personal protective equipment, which was almost entirely being made in China. DemeTech in Miami invested several million dollars on resources for mask production; by the fall of 2020, it was able to produce five million masks a day, writes Joe Nocera in the Times. It hired hundreds of employees. Business was booming, until it wasn’t. “As soon as the waves crested and Chinese companies, determined to regain their market share, began exporting masks below cost, the customers disappeared. Today . . . DemeTech has laid off nearly all the employees it hired to make masks, and it has shut most of its mask manufacturing center,” writes Nocera. The same thing happened to other small businesses that saw an opportunity but had no plan B when demand disappeared.

In the State of the Union address, Biden vowed that everything from the deck of an aircraft carrier to the steel on highway guardrails would be made in America. “The plight of these small mask companies, however, suggests that reviving American manufacturing — even when the underlying rationale is national security — won’t be easy,” writes Nocera.

ACC Responds to California's Investigation of Industry Role in Perpetuating Plastics Pollution
May 03, 2022