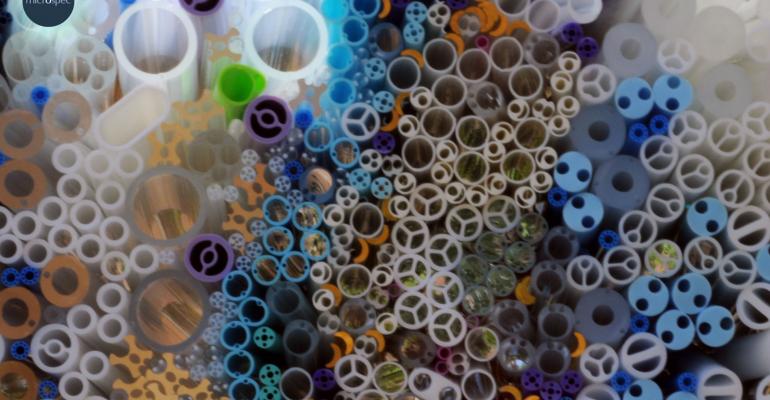 Arkema feels confident it can continue to meet demands to medical customers "for life-saving applications" of Pebax elastomer although customers in other markets, such as sporting goods and automotive, will need to use "extremely close" alternatives.

A force majeure on Pebax was declared last month due to the explosion March 31 at an Evonik plant that produced cyclododecatriene (CDT), a raw material used to produce lactam 12. The plant was the largest producer of CDT in the world and is expected to be closed until the end of the year. Lactam 12 is the primary monomer used to make nylon 12 (polyamide 12, or PA 12)  and Pebax elastomers.

"There is a lot of panic among the medical customers because they would require several months to validate new materials," Aurelien Paumier, director of the Technical Polymers Business Unit, Arkema (King of Prussia, PA) said in an interview with PlasticsToday. "They would feel safer if they had one, or even two, years' worth of inventory, but that is not possible."

Pebax, which is a thermoplastic elastomer made up of block copolymers consisting of a sequence of polyamide and polyether segments, is sole-sourced in the manufacturing of balloon catheters used to open blood vessels close to the heart. Many patients require angioplasty to widen a narrowed or obstructed blood vessel within hours or days of first feeling pain or other symptoms of constricted blood flow to the heart. The alternative would be open heart surgery in many cases.

Paumier said that Arkema is committed to supplying medical customers with the amount of Pebax they had ordered in the months leading up to the Evonik plant explosion. "That is typical for a force majeure situation," he said.

Supply crisis in Q3
The shortage of CDT and lactam 12 will reach a crisis situation in the third quarter of this year in his view. "There will be 75% less material available than there was two months ago."

Paumier said that customers outside of medical almost certainly will need to use alternate materials by then. These include nylon 10 and 11 that uses castor oil derivatives as a feedstock, as well as other plastics that are racing for automotive qualification in the demanding applications where nylon 12 has been used.

He pointed out that Arkema has acquired some additional CDT supplies form Invista and BASF to meet demand for nylon 12 and Pebax elastomer through the second quarter.

One factor working in favor of medical applications is that the amount of lactam 12 required is considerably smaller than other markets, particularly automotive. Not only is the market smaller, but other materials are compounded into the elastomeric compound to impart softness.

Foster Corp. (Putnam, CT), the official distributor of Pebax MED to the North American medical market, has been working directly with device manufacturers and processors to ensure ongoing supply for existing applications and new developments.

Arkema significantly augmented its supplies of nylon alternates earlier this year with the acquisition of Chinese companies Hipro Polymers, a producer of specialty biosourced polyamides 10, and Casda Biomaterials, the world's leading producer of sebacic acid processed from castor oil. Both companies had sales estimated at $230 million for 2011. Biosourced nylon was commercialized by Arkema in the 1950s.

Arkema is the second largest producer of nylon 12, with a capacity around 23,000 tonnes per year. Evonik is the biggest with a capacity of approximately 50,000 tonnes. Others are EMS-Grivory, 18,000; Shandong Guangyin New Materials, 10,000 (new in 2012); and Ube, 9500. Nylon 12 production last year was approximately 98,000 tonnes. Supplies have been short for a while because of booming demand from photovoltaic markets.