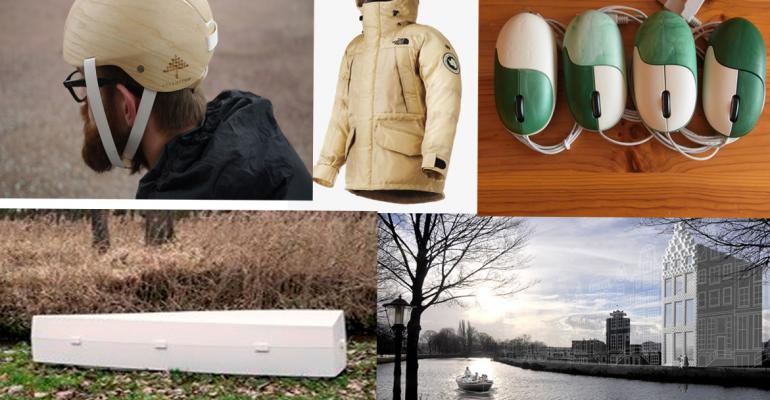 From sewage-based plastic to 100% biobased PET, 2015 was a year which saw a surprising number of developments in the field of renewably-sourced materials, which hold genuine promise for the future. A future in which, according to European Bioplastics’ 2015 forecast, production of these same biobased materials will skyrocket between 2014 and 2019 from 1.7 million to 7.85 million tons.

From sewage-based plastic to 100% biobased PET, 2015 was a year which saw a surprising number of developments in the field of renewably-sourced materials, which hold genuine promise for the future. A future in which, according to European Bioplastics’ 2015 forecast, production of these same biobased materials will skyrocket between 2014 and 2019 from 1.7 million to 7.85 million tons. And while packaging is, for the moment, likely to remain the most important application for these materials by far, other applications are developing in areas as varied as the toy industry and electronics to the automotive and construction industry.

So, here’s my personal list of the five most memorable biobased products that I came across in 2015 in no particular rank order.

A Swedish company called Cellutech developed a bicycle helmet that is completely based on cellulosic materials. Designed and constructed by the designer Rasmus Malbert, the helmet has an outer shell of wood veneer and straps made of durable paper. The cushioning inside consists of Cellutech’s cellulose foam, Cellufoam. Cellufoam is made of nanocellulose produced from wood pulp and is therefore both renewable and biodegradable. The bicycle helmet is the first example of how Cellufoam can be used.

Dutch packaging expert Marieke Havermans has developed an ecological casket made of 100% purpose-designed bioplastic—a natural fiber-filled PLA-based compound that will decompose via natural processes in the ground within a period of some 10 years. The casket is one of the biggest single products ever made completely from bioplastic. The casket is an injection molded product; the two, huge molds, one for the lid and one for the coffin itself, were built in China. The casket has a 50% lower environmental impact compared to conventional coffins and a 20% lower impact than the ‘eco’ caskets on the market today.

The design is basically a thin-walled container with reinforcing ribs and stiffening features that can accommodate up to 150 kg of weight. Moreover, this structure means that far less material is needed to produce the coffin, which helps to keep the costs down. Because the coffin is injection molded, not only can features such as grips can be integrated in the design, fasteners, such as screws, and adhesives are also unnecessary.

The Onora casket has already won several prizes, the latest of which is the Coperion- sponsored “Wood and Natural Fibre Composite Award,” presented this year on December 16 in Cologne by nova-Institut.

A Japanese company called Spiber has discovered a way to make different kinds of spider silk without using spiders. The company synthesizes artificial spider silk protein genes, which can then be inserted into microorganisms, which the company then coaxes into producing spider silk proteins via a fermentation process. These proteins are processed and subsequently spun into fibers using Spiber’s proprietary spinning process. The first product produced from the bioengineered silk—called Qmonos, from the Japanese word for spider web—is a prototype parka launched by the outdoor apparel brand The North Face. Called the Moon Parka, this is the world's first piece of clothing made from artificial protein material. Peter Parker, take note: the company aims to bring the Moon Parka to the market in 2016. Read more

And no, it’s not a blonde rodent.

A German company called Nager IT has developed an optical computer mouse—dubbed“die Faire Maus” or the fair mouse—that is largely produced under fair trade conditions. According to this company, electronics are still largely produced in sweatshops rife with human rights violations and they set out to prove that it was possible to produce a socially responsible computer mouse. It also happens to feature wooden scroll wheels and a bioplastic housing made of PLA, naturally based on GMO-free sugar from Thailand.  The latest version of the mouse, says the company, “is still not fully fair, but it is by far the fairest mouse (actually the fairest consumer electronics product) available.”

Architects in Amsterdam are taking 3D printing—and bioplastics—to new heights: they are 3D printing a typical Dutch canal house with the help of an on-site 3D printer called the “Kamermaker,” literally the Room Maker. The printer has been built into a large sea container, which stands on end to enable elements measuring 2 × 2 × 3.5 meters to be printed. The house will ultimately contain 13 rooms, each consisting of several printed elements.

The rooms will first be assembled and tested separately before being incorporated into a complete house. The bioplastic 3D print material for the house was developed by Henkel. Called Macromelt, it is a purpose-designed hotmelt with a biocontent of 80% that melts at 170 degrees Celsius. Printing the house is a project that, say the architects, will span a period of three years. The building site is designed as a growing exhibition and open to the public.