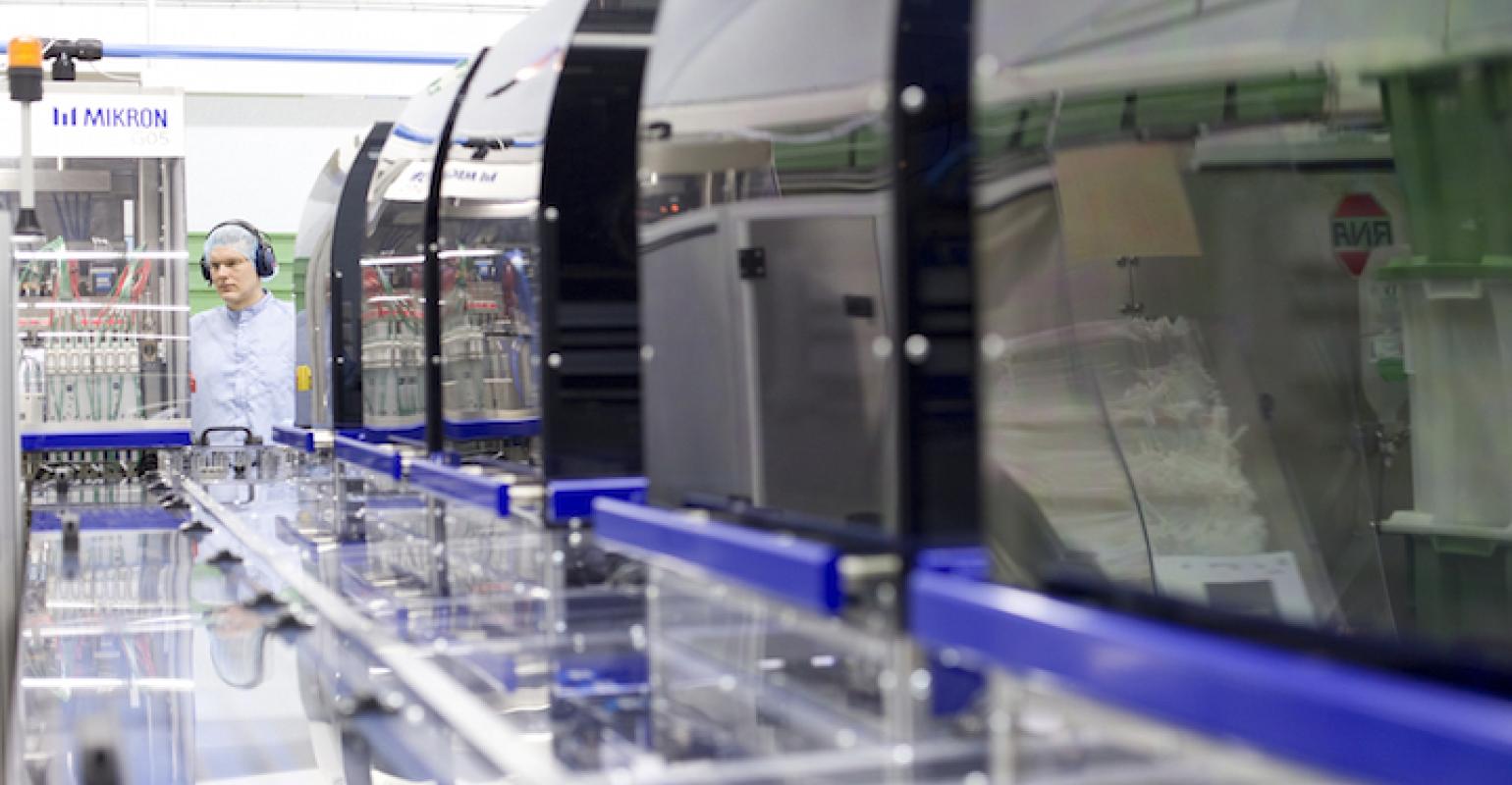 Making it in medical molding, part one

So, you want to be a medical molder? It's easy to see why. The $380 billion global medical technology industry has its ups and downs like any other sector, but it typically generates steady growth. In fact, the medtech sector was upgraded by rating agency Moody's from "stable" to "positive" in August 2015, with 4 to 5% growth forecast for the next 12 to 18 months. Outsourcing to the medtech industry, which includes molding and plastics processing, is projected to grow at almost 12% through 2018, according to some industry analysts.

So, you want to be a medical molder? It's easy to see why. The $380 billion global medical technology industry has its ups and downs like any other sector, but it typically generates steady growth. In fact, the medtech sector was upgraded by rating agency Moody's from "stable" to "positive" in August 2015, with 4 to 5% growth forecast for the next 12 to 18 months. Outsourcing to the medtech industry, which includes molding and plastics processing, is projected to grow at almost 12% through 2018, according to some industry analysts. And the medical polymers market is expected to expand at an 8.4% compound annual growth rate through 2020, achieving a value of $9.69 billion, according to Grand View Research.

Because of the dictates of quality manufacturing and regulatory requirements, medical device OEMs are less likely than other manufacturers to go hunting for deals—they are, by and large, loyal to their supply chain. And continuing demand for single-use devices makes metal replacement a hot topic within industry, a tremendous opportunity for materials innovators and providers of plastics processing services.

It's an attractive industry, but the barriers to entry for vendors can be significant. We asked several contract molders who have a track record of working with medical device OEMs what their customers are looking for in a molding partner. Here is what they told us.

A broad and deep skill set that encompasses product development, design for manufacturing, validation and repeatability, among other qualities, are prerequisites for contract molders, says Timothy Reis, Vice President, Healthcare Business Development, at GW Plastics (Bethel, VT). It all comes down to keeping the customer satisfied. "You need to show a consistent ability to produce components that meet customer requirements," says Reiss.

A pool of engineering expertise is a critical in-house resource if you want to effectively go after business in the medical space, agrees Bill Welch, Chief Technology Officer at Phillips-Medisize (Hudson, WI). "Engineering strength is needed not just in new product development, but in sustaining roles," says Welch. "As we have grown as a company, the number of engineering disciplines has grown accordingly. I have been leading engineering since 2005," adds Welch, "and we have added at least six engineering specializations during that time, including a growing base of validation engineers."

The $650 million company with manufacturing facilities in the United States, Mexico, China and Europe, currently employs more than 450 engineers in preproduction, said Phillips-Medisize President and CEO Matt Jennings at a recent press conference.

"You need to have professionals in quality management, people who can process validation and design changes," says John Witkowski, General Manager at Nypro. "You need to invest in technologies like robotics and in people who have expertise within those fields," he adds.

And those engineering resources need to be effectively managed, says Welch, especially in a company the size of Phillips-Medisize with facilities spread across the globe. "You need strong program management systems that coordinate all engineering efforts—a strong command and control structure and robust channels of communication with the customer," says Welch. "We produce nearly 150 million [insulin] pens in our Finland facility annually. That requires a substantial team with a focus on uptime, expected yields, and so forth. Expertise in tooling and automation at all levels—design, development, validation and sustaining efforts—is a necessity."

Consistent investment in technology that benefits medical device OEMs through an increase in quality and a reduction in cost has been a recipe for success at Plastic Molding Manufacturing (Hudson, MA), which recently added cleanroom two-shot molding to its portfolio to keep up with changing demands and technologies. This investment was prompted by a longtime customer, who was having difficulty bonding polycarbonate/thermoplastic elastomer on a device. The solution ultimately "required the purchase of a 110-ton, two-shot molding machine from Arburg, and we are now going through the qualification and validation process," says Vice President Ron Bodeau. Demand for multi-shot molding is growing from medical customers, he adds.

"Multishot molding offers alternatives and flexibility," explains Bodeau. "Customers want us to consolidate the production process into a single step, where possible, so that they can buy one SKU instead of two. They want a finished product that can go straight into packaging or sterilization." Bodeau cites a number of other benefits including lower part costs, because cycle times, labor and assembly operations are reduced.

To take some of the guesswork out of molding parts, more companies are embracing scientific molding, a move that is encouraged by many customers. "It's an asset in precision molding operations in general," says Reiss. GW Plastics Inc. has developed expertise in scientific molding, "which requires strong processes and methodologies, and that meshes well with the healthcare market," explains Reiss.

A data-based process, scientific molding is defined by MRPC (Butler, WI), a custom manufacturer of silicone, medical rubber and thermoplastic components and assemblies, as a methodical set of experiments to develop a process. It involves understanding the nature of the material that is being molded and its preferred molding conditions, MRPC Vice President of Engineering Jeff Randall told sister brand MD+DI. By understanding the material's preferences, behavior, and response to process inputs, a manufacturer can optimize the molding process and produce the most consistent part possible, says Randall.

While the use of scientific molding is not as widespread in the medical field as it is in other sectors, the smart money is on its growing adoption. Increasingly, customers will want to see that in your toolbox.

All of the molders we spoke with also stressed the importance of providing an array of services. For Witkowski, the evolution of smart devices that integrate sensors and sundry electronics, has made the synergy between Nypro and Jabil—the latter acquired the former in 2013—such an asset. "We've come a long way from injectors with no electronics. Now, devices communicate with cell phones, injectors store data about how much medication you took and when," says Witkowski. Suppliers need to be able to provide support for those applications, he explains. "OEMs don't want to go to 10 different suppliers for that expertise and spread resources across the globe."

Reiss sees demand for an array of services growing year after year as OEMs tighten resources. "Expertise in innovation, product design, material selection and so forth are increasing requirements, and that calls for significant engineering resources on the part of the contract molder," says Reiss.