Medical molders wanting a dryer that uses compressed air and a proprietary membrane to remove moisture, instead of desiccant beads and their occasional dust, have a new compact option specifically designed for processing small quantities of material up to 5 lb/hr.

Medical molders wanting a dryer that uses compressed air and a proprietary membrane to remove moisture, instead of desiccant beads and their occasional dust, have a new compact option specifically designed for processing small quantities of material up to 5 lb/hr. Novatec's NDM-5 medical dryer, which was launched at NPE2012, is based on the same principle as the company's non-desiccant NovaDrier, which was introduced more than 12 years ago. 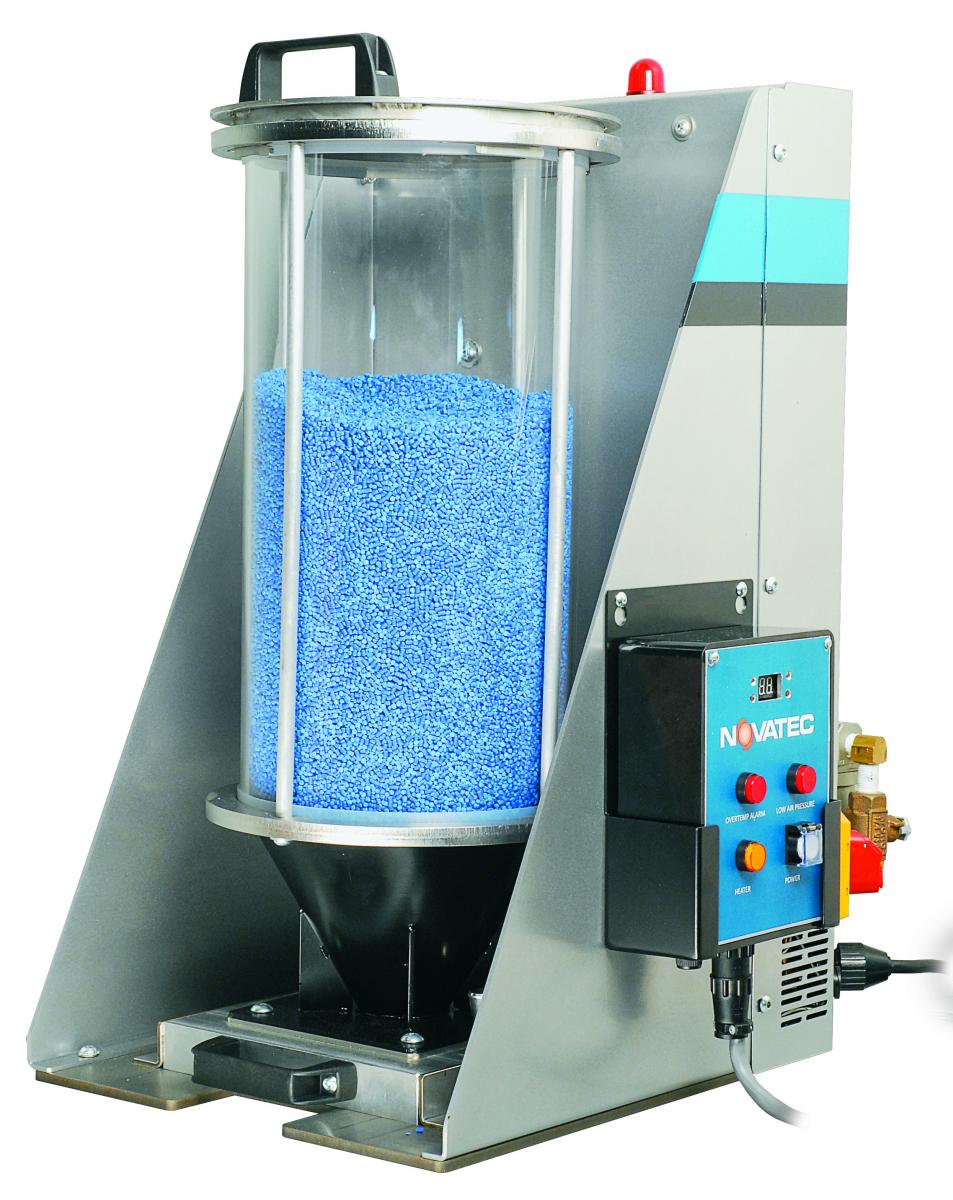 Mark Haynie, Novatec's dryers product manager, stated in a release that "any type of resin" can be dried with the machine, which is compact enough to be machine mounted. The design also allows materials to be changed by removing the integral glass hopper and replacing it with a spare hopper containing another material.

Novatec says the NDM-5, like the NovaDrier, has no moving parts, reducing scheduled maintenance to replacement of the compressed air filter elements every 12 months. Set points like temperature can be entered into the microprocessor control, which is equipped with a 12-inch long pendant for remote mounting.

Novatec's MoistureMaster in-line moisture analysis system can be added to the NDM-5, helping molders processing extremely expensive materials or those molding parts from materials that are highly sensitive to moisture content. The sensor monitors moisture in percent or ppm (parts per million) down to 100 ppm and displays the results on a color touch-screen control.

Novatec also introduced touch-screen controls on its NovaWheel dryer series at NPE 2012, including the smallest wheel dryers with throughputs of 25-150 lb/hr. Models up to 500 lb/hr include a 5.7-inch monochrome touch-screen control while models with 600-5000 lb/hr throughputs include a 5.7-inch color touch panel.  All of the NovaWheel portable dry/convey models, which range in throughput capacity from 25-150 lb/hr, also include color touch screens.