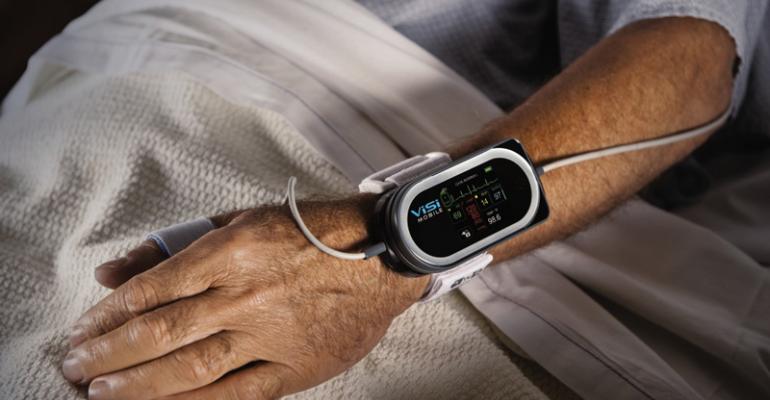 Wearable devices were all the rage at the consumer electronics show CES in Las Vegas at the start of the year, and word has it that the technology also will make the scene at SXSW in Austin, TX, which begins at the end of this week. Wearables is a growing market by all accounts, and healthcare applications are a significant part of it. The sensors and electronics embedded within the devices understandably get much of the attention, but developing a medical device that patients will want to wear also requires product design and materials smarts.

The global market for wearable devices is estimated to grow at a CAGR of 16.4% from 2013 to 2019, according to Research and Markets. Credit Suisse researchers have made even bolder predictions, saying that wearable technology would grow between $3 billion to $5 billion in 2013 and reach a value of $50 billion within five years.

The $300 billion healthcare market can take a chunk of that growth. Diabetes monitoring, for example, is expected to reach a turnover of $10 billion per year, according to Lux Research. Continuous monitoring of vital signs is another wearable application that has tremendous potential. As healthcare systems strive to serve a growing aging population while wrestling with cost constraints, wearable devices that monitor patients at home can bring down costs while improving quality of life. The value proposition is undeniable, but patient compliance can be a challenge.

"Engineers and even designers don't have a good understanding of how the body works and moves," says Dan Formosa, a design consultant with a doctorate in ergonomics and biomechanics. This is crucial knowledge if you are designing a device that is going to be worn, he adds.

"The device has to be comfortable enough to be worn daily for long periods of time. Consider that there is a 30% to 50% drop-off rate in patient compliance with prescription drugs," says Formosa. "You have a short window that you might call the break-in period. If you can get the patient past that period, then the treatment becomes routine," says Formosa, and the patient will stay with the program. Formosa adds that he wouldn't be surprised if the same formula did not apply to wearable devices.

To get through that break-in period, "the materials need to be flexible, not cause rashes, and wick away sweat," says Formosa. "If the device doesn't fit comfortably, people won't wear it, and if it's not worn, it won't be collecting data." Moreover, the material will need to be durable, as wearables can be dropped, and be resistant to skin lotions and sunscreen as well as cleaning products.

Because it had these and other properties, Eastman Chemical's Tritan copolyester was used to make the lens, housing, and connectors of a wrist-worn continuous vital signs monitoring device. The ViSi Mobile System from Sotera Wireless was developed specifically for ambulatory patients to help detect early changes in their condition and prevent adverse events. It received FDA approval in August, 2012. Toughness, design flexibility, and chemical resistance were all important considerations in sourcing this material, says Gopal R. Saraiya, Global Segment Leader, Medical Devices, at Eastman.

"Because it is a reusable device that comes in contact with the skin, chemical resistance was extremely important," says Saraiya. The device is aggressively cleaned and must withstand harsh chemicals without cracking or crazing. Durability is also important, notes Saraiya, because the device can be dropped.

Fiber-reinforced LSR can be a good solution to consider when elastomeric properties have to be combined with very high modulus at low elongations, according to Momentive. The material may be especially useful in wrist-worn applications, where high torsional stiffness is required. The inherent properties of silicone elastomers can provide good wearability, comfort against the skin, and resistance to skin oils, says the company.

As with Eastman's Tritan, the material can be supplied in an array of colors, which is important on a couple of levels. From a corporate standpoint, brands often have their color scheme that extends through the products, says Saraiya. And then there's the coolness factor.

Although patients typically value discretion in device design, there may be cases where coolness plays a role, says Formosa. "Sometimes, you want to show off technology, not hide it, and that can apply to wearable devices, as well." That may be one area where the medical device industry is at a distinct disadvantage, adds Formosa. "My suspicion is that wearable devices produced by medical device companies won't be as cool as they could be."

Maybe not, but what if the medical device manufacturer is a company by the name of Apple?

At the beginning of the year, a cadre of Apple executives reportedly met with FDA to discuss the potential for mobile medical applications. That, plus rampant speculation that the rumored iWatch will include medical diagnostic apps, tells me that wearable medical devices have the potential to be quite cool, indeed. They just might not be made by Medtronic or St. Jude.