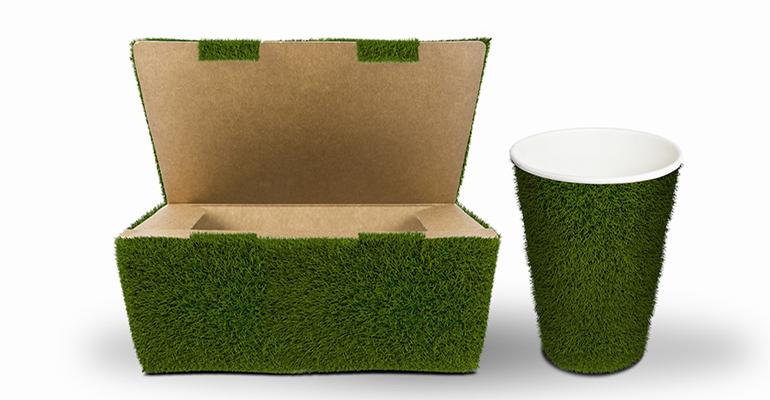 The challenge of reducing the presence of plastic waste in the environment is spawning new solutions as well as reviving some older ideas, such as the use of enzymes. These proteins act as biological catalysts that accelerate chemical reactions. While there have been attempts at creating plastics that enzymes and microbes will “eat,” they have never been produced successfully on a large scale.

Breaking down plastics in the environment in a suitable time frame without leaving behind microplastics has proven to be a problem. Even biodegradable plastic, where there has been some progress, is not a magic bullet because it still takes months for it to break down in the environment. Perhaps its biggest handicap is that it cannot be processed in recycling facilities designed for materials such as PET, HDPE, PS, or other high-use polymers.

Recently, a team of researchers led by Ting Xu at UC Berkeley, a PhD graduate of UMass Polymer Science and Engineering, has discovered a way to engineer plastics that can completely biodegrade into organic materials right in a compost bin. The process involves embedding polyester-eating enzymes in the plastic as it is made. Thomas P. Russell, Silvio O. Conte Distinguished Professor in Polymer Science and Engineering at UMass, is part of the research team.

The research teams from UC Berkeley and UMass Amherst received funding from the US Army with the idea that it could potentially solve waste management challenges at forward operating bases and offer additional technological advances for American soldiers. When exposed to heat and water, the enzyme shrugs off its polymer shroud and starts eating the polymer into its building blocks – such as in the case of biodegradable plastics, which are made primarily of polylactic acid (PLA). The enzyme reduces it to lactic acid that can feed the soil microbes in compost. The polymer wrapping also degrades, said the report from the US Army Research Laboratory.

The research, recently published in Nature, detailed the team’s efforts to “nano-confine” enzymes into plastics. Because enzymes are nature’s way of breaking down just about everything, the team engineered a way to incorporate two different commercial enzymes — Burkholderia cepacian lipase (BD-lipase) and proteinase K — into the two predominant types of biodegradable plastics that we have today: Vegetable-based PLA and polycaprolactone (PCL), a biodegradable polyester.

The PCL polyester degraded in two days under industrial composting conditions at 40oC (104oF). For PLA, the team embedded proteinase K enzymes, which chew PLA up into molecules of lactic acid; for PCL, they lipase. Both are inexpensive and readily available enzymes.

“If you have the enzyme only on the surface of the plastic, it would just etch down very slowly,” said Xu. “You want it distributed nano-scopically everywhere so that, essentially, each of them just needs to eat away their polymer neighbors, and then the whole material disintegrates.”

While this plastic is durable, the teams found that it can break down completely in a matter of weeks given nothing more than water and the standard kind of compost many of us have in our backyards, said a report published on the UMass Amherst news site. This new approach is also cost-effective and would add only a few cents to the production cost of making a kilogram of new plastic resin.

“This new research is a major step toward overcoming the plastics waste problem and realizing a sustainable world,” said Russell. The team’s research could soon find its way into our daily lives — a patent has been filed, a startup company created, and further research into composting additional types of plastic is planned.