Are manhole covers the next big thing in composites? 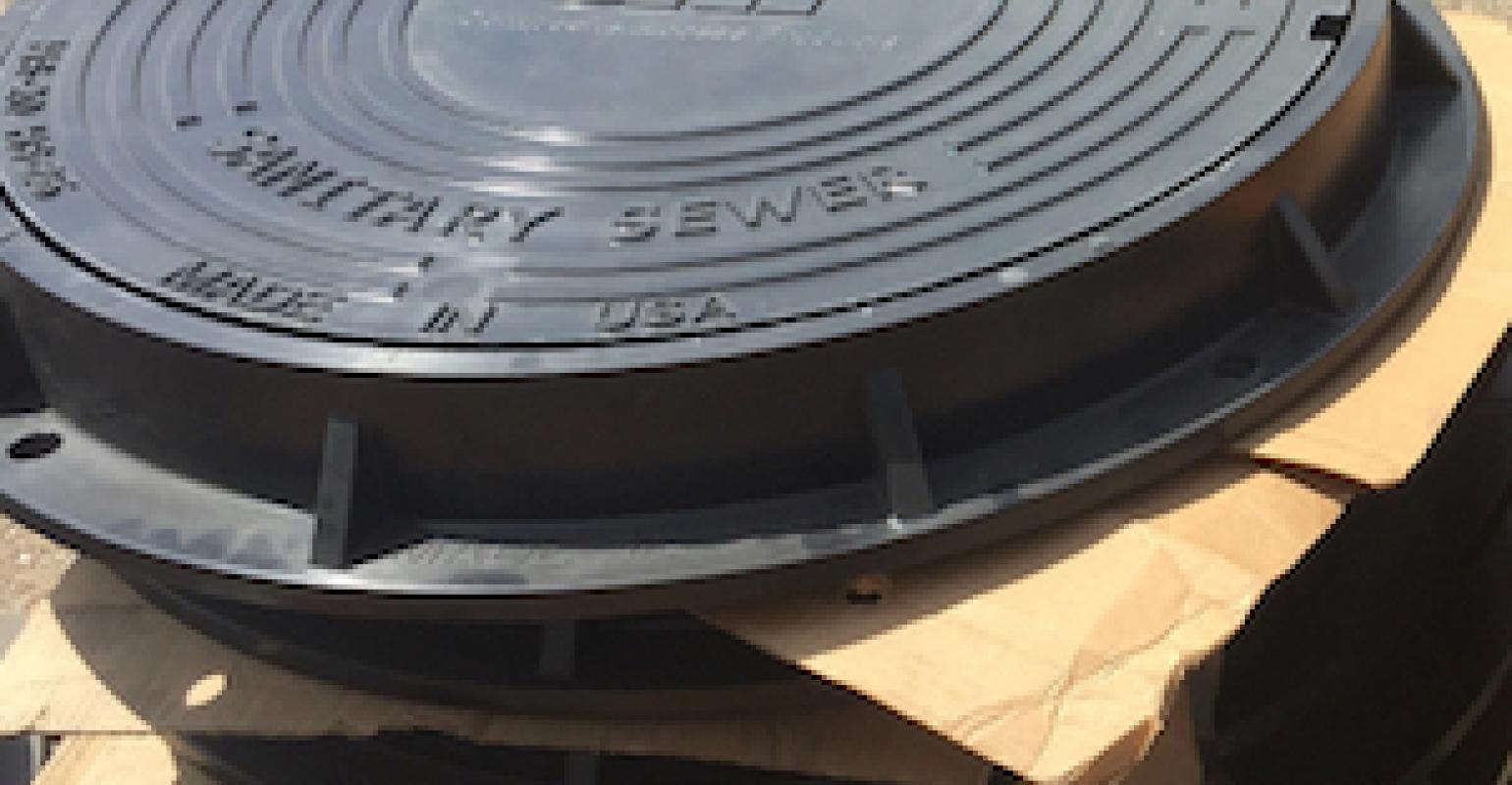 For more than a century, sewer lids in municipal infrastructure systems have been made of iron. However, problems such as corrosion from hydrogen sulfide gas exposure, water and salt over time erode the iron’s properties, causing covers to crack and break and, in worst-case scenarios, injuring people, which is a huge liability for cities.

Additionally, corrosion bonds the iron covers to the iron frames—municipal workers have to pound the edges with a sledge hammer to break the cover free from the frame or use a flame torch to dislodge it. This often causes fractures in the already corroded covers, notes Composite Access Products (CAP; McAllen, TX).

At the SPE Thermoset TopCon on Feb. 19 and 20, 2019, in Charleston, SC, W. Chad Nunnery, President of CAP, will discuss the adoption of composite-based manhole covers for water and waste-water applications. From the initial research to establishing a company devoted entirely to molding composite manhole covers, much has been learned.

Nunnery founded the company in 2015. It is dedicated exclusively to manufacturing compression-molded BMC/SMC manhole covers and frames as an alternative to the cast-iron or resin-transfer-molded covers made in foreign countries. CAP’s manhole covers pass the AASHTO M 306 proof-load test requirements for American highways with an HS-25 rating. CAP is the only composite cover manufacturer to receive a DOT approval letter for use “within roadway” zones.

“We at CAP feel that the composite manhole cover has such a strong value proposition and potential material consumption, albeit some technical and market-entry challenges, that this application could be the next headlamp or circuit breaker for BMC/SMC materials,” said Nunnery.

In an interview with PlasticsToday, Nunnery said that he’s been in the BMC/SMC business for a long time. He and his brother, Len, worked for the family company, BMC Inc., until it was sold to a private equity firm in 2007.

“I’d been looking for the next big thing in composites for quite a while,” Nunnery told PlasticsToday. “At CAP we focus on converting metals to plastics, and I became interested in the manhole cover application. The sheer size and material volume of the cover and frame make it challenging. We use 160 pounds of material in one manhole cover/frame unit.”

When Nunnery couldn’t convince any custom molders to run after this market, he talked to his previous employer and said he wanted to chase after this application. “We’d never dealt with this market before, so I really didn’t know what I was getting into,” Nunnery said. “For the last four years, I’ve been at it full time designing and developing products. This was the first compression-molded manhole cover ever made, and developing the municipal market is very challenging.”

Nunnery said that the adoption rate for the composite manhole covers has been slow but is picking up. “Sometimes adoption is quick, depending on how progressive the municipality is,” he explained. “Sometimes it takes over a year of testing before they’re comfortable with it. It comes back to how big a problem they have. If the problems are really bad and they have major headaches and costs, they tend to move faster. There are a lot of different values that composites offer over iron. Right now the cast-iron manhole cover world is mature and they don’t want the boat to be rocked.”

CAP is working on some innovative features for its manhole covers, such as custom logos and colors and even a granite look to the covers. "We’re doing things the manhole cover world has never seen before,” said Nunnery.

“We’re growing every quarter and getting to the point that we’re starting to see more adoption,” said Nunnery. “There are a lot of cities, and a lot of manhole covers.”